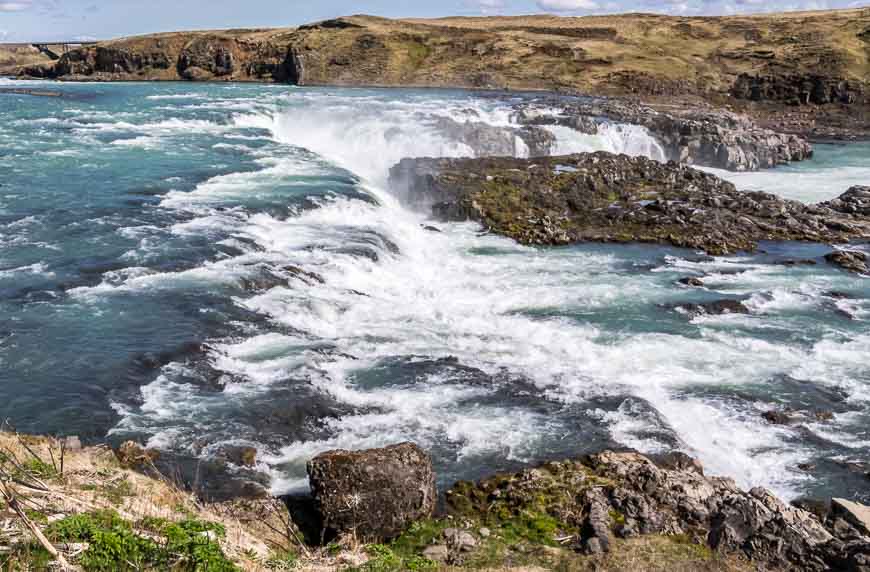 Things to Know About Iceland Before You Go

Iceland is a beautiful country in a raw, powerful way. I visited for two weeks and thought I’d done my homework. But as with every trip, you learn something, some of which you really would have liked to know beforehand.

These 10 things to know about Iceland before you go are things I learned on the ground. I think they’ll help you keep your expectations in check, avoid disappointment and in turn have a great holiday.

Our trip to Iceland was planned for the last two weeks of May as the rates for hotels – and car rentals go up on June 1st and stay up into September. Truly I was wowed with how full the parking lots were and how many people were at the major attractions – even on a rainy day in the off-season.

Remember – Iceland now receives triple the visitors it did in 2000, adding up to more than a million visitors per year as of 2015. That’s over three times the population of the country. Expect crowds, especially along the Golden Circle route.

I knew it was going to be windy in Iceland. What I hadn’t bargained for was the strength of the wind or the fact that it NEVER let up. Wind wears you down. It’s tiresome after a while.

On the bright side it did keep the midges at bay in the Myvatn area. But beware when you’re driving. You will always need two hands on the wheel.

There’s a lot of inclement weather

We were actually very lucky and had only about a day of rain in total over two weeks. But we were in Iceland in May – the driest month of the year. So go prepared with good quality rain gear. Take something to protect your camera equipment too. Ziploc bags come in handy.

While rain and wind may not ruin your trip, the scenery is never as beautiful and it can be downright miserable slogging along in the rain. If you know what to expect, then every sunny day is a bonus.

Things to know about Iceland – expensive but the food is great

You’ve all heard that Iceland is expensive. And I knew it too but I didn’t really realize just how expensive it was until I got there. For an average hotel room (nothing fancy) we paid anywhere between $Cdn 150 and $Cdn 250 a night. Fortunately rooms come with breakfast.

What you won’t find in any room is Kleenex or conditioner, only shampoo and soap unless you’re in Reykjavik.

Meals are super expensive. We didn’t eat at gas stations or fast food places to save money but entrees that would be $Cdn 28 – 38 in Calgary would be double the price in Iceland. The good news – the food is excellent, exceptional really especially the fish and the lamb. The local beers are also memorable.

For a look at some of the local specialties you might encounter read The Kavey Eats Guide to Icelandic Food before you go.

Car insurance – what do you really need?

Most people from North America arrive in Iceland in the wee hours of the morning when your thinking is foggy and decision making isn’t at its finest.

Once you get to the rental car facility you’ll be faced with questions regarding how much to spend on insurance – and that can amount to the cost of the rental itself. Know what you want in advance of your arrival. Before you leave home check to see what is covered with your car insurance.

Also check to see what kind of roads your vehicle is permitted on. Not all cars are allowed on “F” roads.

We found having a paper copy of a map of Iceland came in very handy, especially to get the bigger picture.

Roads are narrow and distances can be misleading

Be prepared for narrow roads. Our vehicle – which was allowed to go on “F” roads, are winding roads without any shoulder to speak of. None. Driving here is hard work and requires your concentration, especially around big trucks.

If you get off the Ring Road there’s a good chance you’ll be driving on dirt/gravel roads. Although most are in good shape you do need to reduce your speed – and watch for sheep.

Despite what Google Maps might tell you, it will take you longer to get to your destination that you would think. Part of it is because of the number of beautiful scenes you’ll be passing – and you’ll have to stop. Trust me.

But there are long stretches where you can’t go very fast. Most of the bridges – and there are lots – are just one lane so you need to be alert and ready to pull over in an instant. One day with stops it took us eight hours to go 400 km.

We got an email from our car insurance company – Sixt, within 24 hours of getting caught speeding. In the first instance, it happened to my friend who was driving all of 9 km/hour faster than the posted signs in the tunnel on the way to Egilsstadir.

We still don’t know what the police fine is but we do know that Sixt immediately charges us 30 Euros for the transgression. Be extra careful of your speed on the Ring Road.

My husband was at the wheel the second time but was probably looking for birds and not at road signs warning of radar ahead. That was a big “duh” but there goes another 30 Euros and who knows how much for the ticket itself. It’s a great money maker for Iceland. On the secondary roads, wandering sheep will keep you honest.

Where are the Icelandic people?

If you had lived a quiet life up until the last few years, one that outside of Reykjavik involved farming or fishing, there’s a good chance you wouldn’t be thrilled with the onslaught of humanity that is visiting your country. I think that’s what has happened in Iceland. Aside from the occasional very friendly hotel worker, none of our group of four felt any connection to the Icelandic people.

The message we were picking up was that they tolerated us – but kept us at a distance. They know tourists are helping the economy and employing people but there’s a price to be paid. I get it.

And maybe I’m wrong but I sure didn’t come back with warm and fuzzy feelings about the people – whereas I would say the exact opposite after my trip to Turkey in October. Maybe solo travelers fare better; maybe we’re the anomaly. But I’m guessing not.

Iceland is one wired country – and it’s free everywhere. There was only one hotel in the Westfjords area that didn’t have WiFi and really it was a treat to get away from it. You will have no trouble keeping in touch with friends and family.

There are long stretches with no services in Iceland. Be sure to keep an eye on your gas tank – and don’t take chances. Fill up at any opportunity. The same goes for groceries. Carry snacks and water in the car as it can be many hours between stores.

Buying gas is a little different in Iceland. We used the N1 stations as they seemed to be the most common. The first time we went to fill up we put in our Visa but it wouldn’t work – and our Icelandic is non-existent so we couldn’t understand what the machine was telling us. After a half dozen tries, it was off to talk to a human.

What we learned is that you must buy a gas card for a specific amount of Icelandic Kroner. We’d buy the equivalent of a $100 card at a time.

The difficulty lies in the return of your rental car if it’s to be full. You either have to second guess how much to buy in gas cards (and they only come in certain denominations) or you have to find a gas station in Keflavik that will actually allow you to pay after you’ve filled up. Good luck.

Iceland’s beauty will blow you away

Don’t be disappointed when you drive out Keflavik – where the airport is located. This part of the country looks like the moon – desolate and bleak, and you may wonder what you’ve got yourself into. Keep going. It just gets better and better.

Further reading about things to do in Iceland 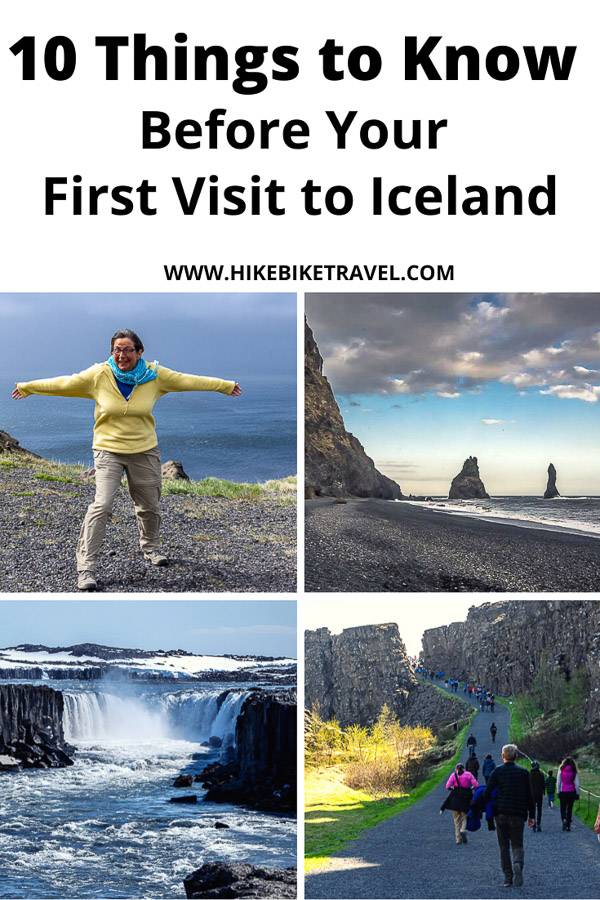