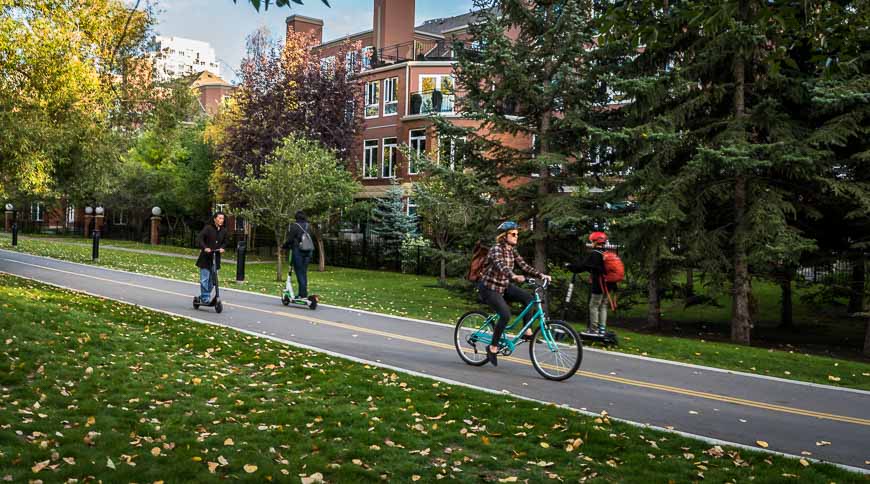 Since making Calgary my permanent home I’ve been keen to learn some of the fun and interesting facts about this ever evolving city. There’s a resiliency about Calgary I love, considering its fortunes rise and fall with the price of oil. Hopefully, that won’t always be the case.

Calgary is referred to as Cowtown by some and it still has the Wild West image.

The Calgary Stampede, an annual 10 day event (starting this year on Friday, July 6th) bills itself as “The Greatest Outdoor Show on Earth.” It features the world’s largest rodeo, concerts, a midway, First Nations exhibits, chuckwagon racing, agricultural competitions, stage shows and a parade. Good luck finding somewhere to stay – as it attracts over one million visitors.

It’s a youthful city and full of energy. The average age is 35.7 years.

Nearly 25% of Calgarians are foreign born; my physician friend backs this up saying she sees great diversity in her patients.

More than 120 languages are spoken in the city.

According to Forbes.com, Calgary is the cleanest city in the world!

Calgary had a young (39 years old), Muslim mayor – Naheed Nenshi. He was the first Muslim to become a mayor of a major Canadian city. He won 28,000 more votes than his second place rival.

The Calgary region is home to more than 1.3 million people.

There are more volunteers per capita than any other Canadian city.

There are normally 115 consecutive frost free days – from May 23 to September 15th.

The temperature reaches 20°C or better 85 days of the year.

There are 88 days of the year on average with snow on the ground.

A Chinook in Calgary (a warm wind) can raise the temperature by as much as 15°C and in a few hours you can go from parkas to short-sleeves.

The average rainfall per year is 12.6 inches and the average snowfall is 50 inches. This year the extra spring rain has produced a bumper crop of mosquitoes. Not so nice. And there’s no spraying permitted either.

June gets the most rain of any month on average. January is the coldest month but both February and March can see cold spells too.

On average 36 days of the year have winds greater than 52 km per hour. The windiest days occur in December and January – that’s why you get windchills down in the -40°C range…or worse.

Look for thunderstorms on 22 days of the year. Hailstorms are a regular occurrence too. Some are incredibly damaging.

In 1873 John Glenn became the first recorded settler in the Calgary area. In 1884, with a population of 4,000, Calgary was officially proclaimed a city.

The city was ranked #28 in the world in 2010 in the Mercer Quality of Living Survey. It was ranked number one in the world on an eco basis – based on water availability and drinkability, quality of sewage systems, air pollution, waste removal and traffic congestion.

According to my realtor, Calgary is the mortgage fraud capital of Canada.

Calgary has the greatest number of millionaires per capita of any city in Canada. (Perhaps had now that the oil price has nosedived?)

There is no provincial sales tax in Calgary – or Alberta for that matter, so you only pay 5% tax on Goods and Services.

You can walk 18 km (11 miles) in downtown Calgary without having to go outside! The Plus 15, a feature unique to Calgary, is an inside walkway that connects 100 buildings with 6o suspended bridges 15 feet above the ground.

In 1988 Calgary hosted Canada’s first Winter Olympic games. As a result there’s an Olympic oval for long and short track speed skating. And it’s open to the public.

There is an amazing network of bike trails. In total there are 550 km of pathways and 260 km of on street bikeways.

Read: 5 of the Best Bike Rides Around Calgary

At the Canada Olympic Park you can try a bobsleigh or luge ride, and ski of course.

The Calgary Zoo is rated the third best in North America.

Read: 7 Things to do on a trip to Waterton Lakes National Park

Over 260 bird species have been recorded at the Inglewood Bird Sanctuary.

There are dozens – yes dozens, of theater companies in Calgary.

Economic activity in Calgary is mostly centered on the petroleum industry though high tech, agriculture and tourism also contribute to the economic growth.

The Bow River is one of the top three trout streams in the world. Anglers come from all over the world in the hopes of landing brown trout longer than two feet. The Lower Bow River running through Calgary is reportedly host to 2,500 fish per mile and the average size of fish caught is 17-22 inches.

NEW in 2018: Calgary has a world-class public library. It’s the sixth most used library in North America.

For a great read about Calgary, pick up a copy of 111 Places in Calgary That You Must Not Miss, just published in December 2020. 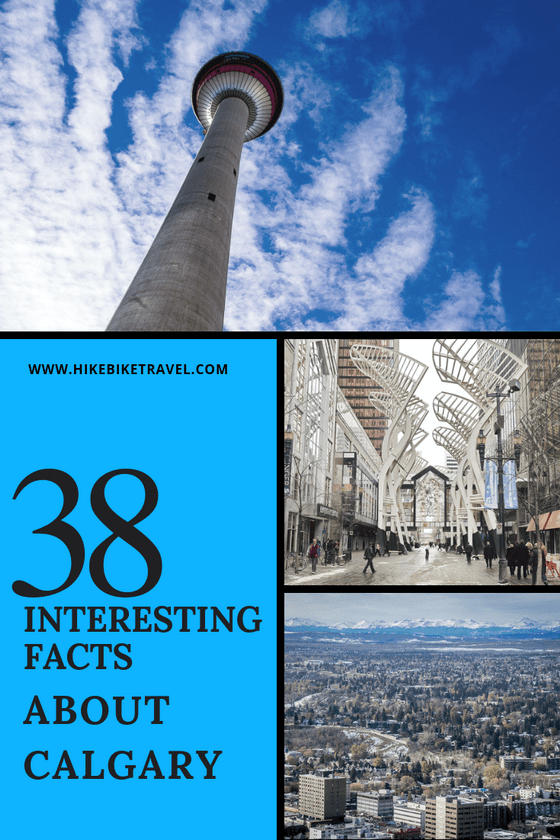