If you haven’t recently stayed overnight in one of Canada’s National Parks you probably don’t know about all the cool and quirky accommodation options that are now available. Forget your musty smelling tent you haven’t dragged out in years. Instead check out options that include everything from micro-cubes to cocoon tree beds to double tents – exciting options to explore whether you’re a couple, a group of friends or a family.

It seems people are moving away from the full woodsy backcountry tenting experience to a more luxurious camping experience. Parks Canada is right there developing innovative options that are especially geared for people who haven’t had a lot of outdoor, close to nature experiences.

But trust me that doesn’t mean that a hardcore camper like myself doesn’t enjoy the odd front-country glamping experience too.

It all started in 2012 when Parks Canada revealed the oTENTik, a cabin – tent hybrid available in many of the national parks across Canada. (You can read about my experience in a couple of oTENTiks in 1000 Islands National Park here.)

Ultimately Parks Canada is doing its best to provide guests with innovative services to enjoy and appreciate our national parks. If you don’t know what the national parks offer, I doubt you’ll be as inclined to want to preserve our wild and natural spaces. And to me that’s a good part of what makes Canada so special.

Here’s a look at the diversity of cool and quirky accommodation options in Canadian national parks. 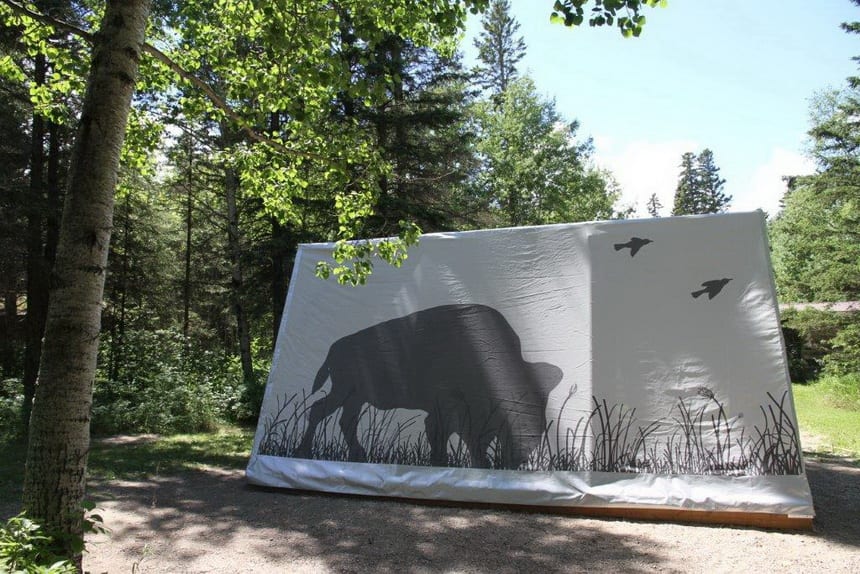 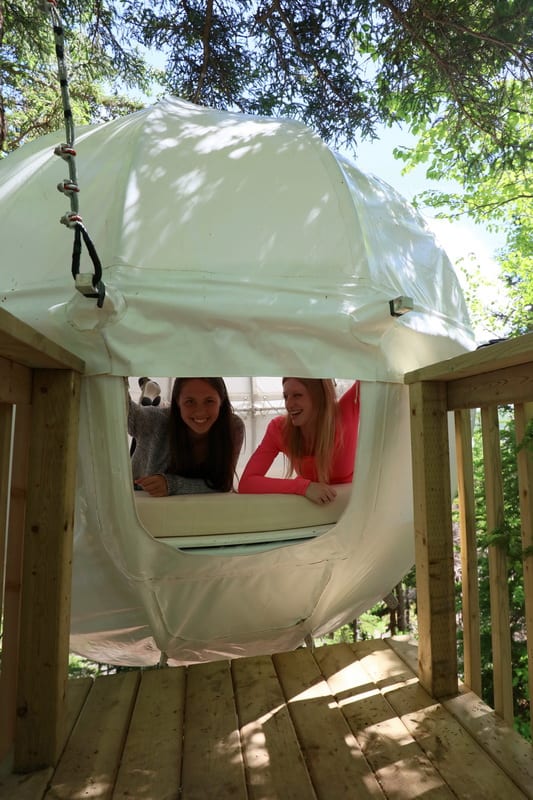 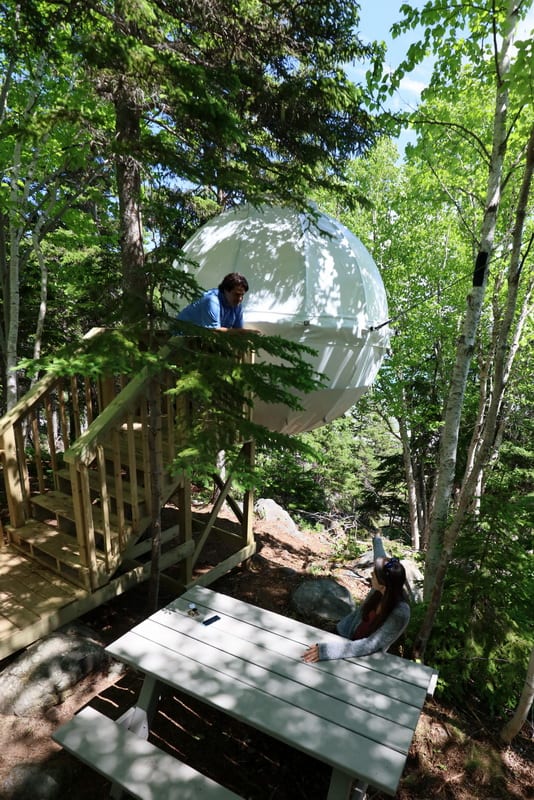 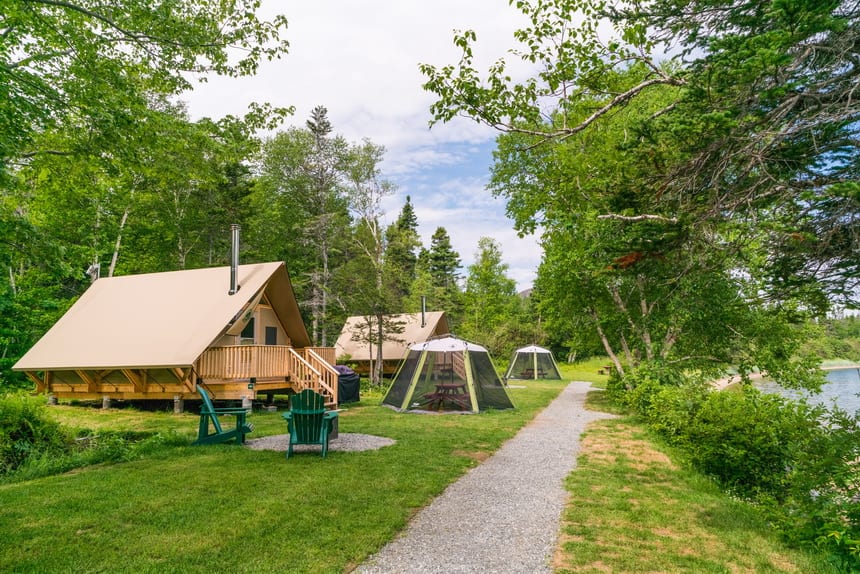 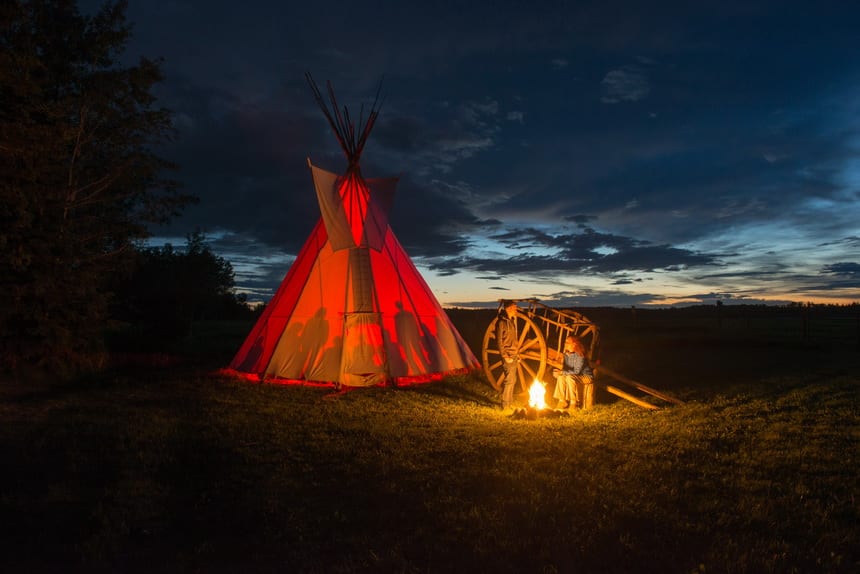 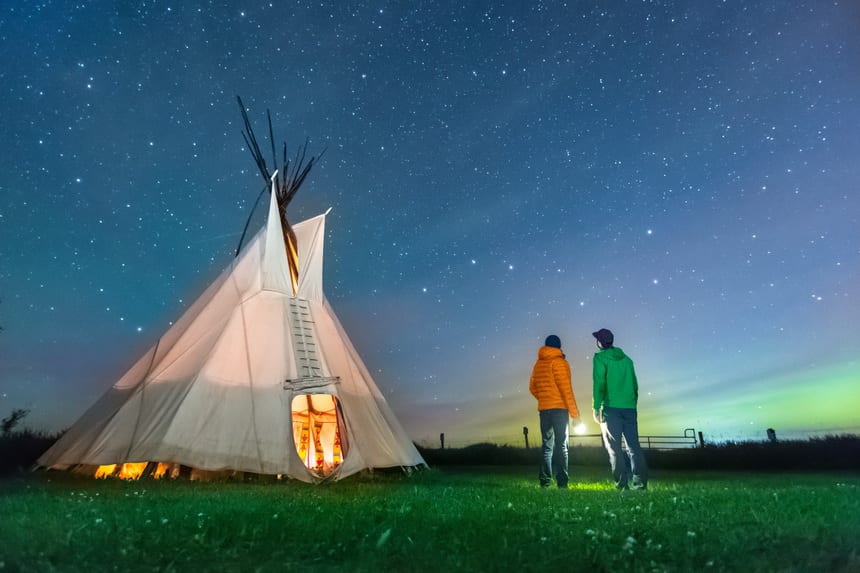 Visitors gazing at the Big Dipper stars outside a Tipi on a starry night in August, at Rocky Mountain House National Historic Site in Alberta – Photo credit @Parks Canada/Ryan Bray 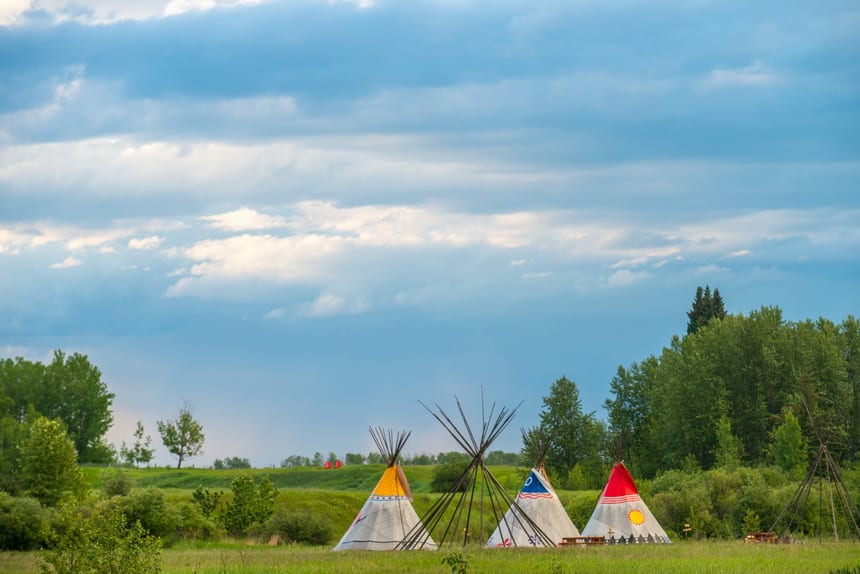 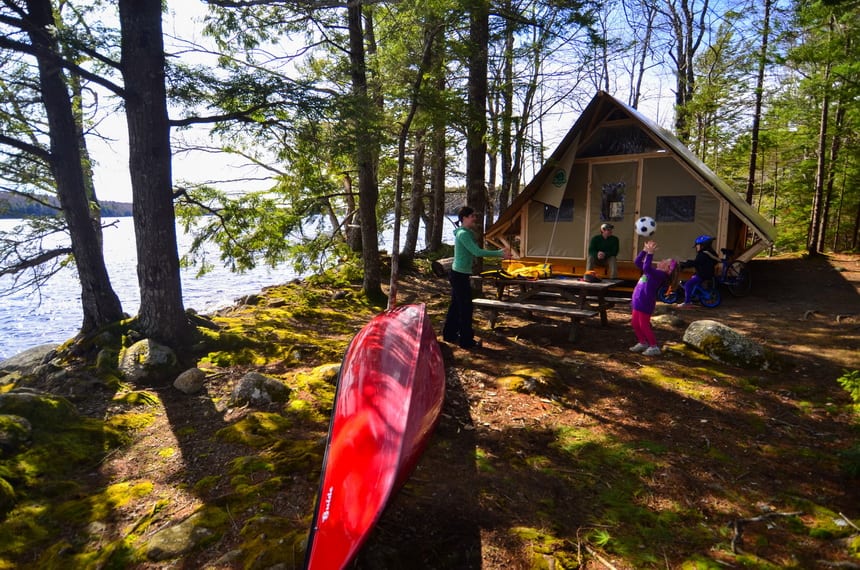 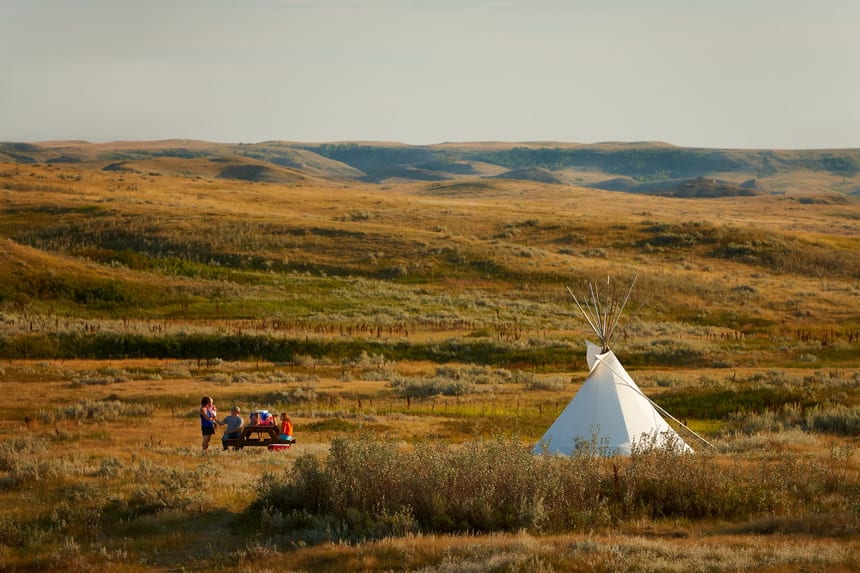 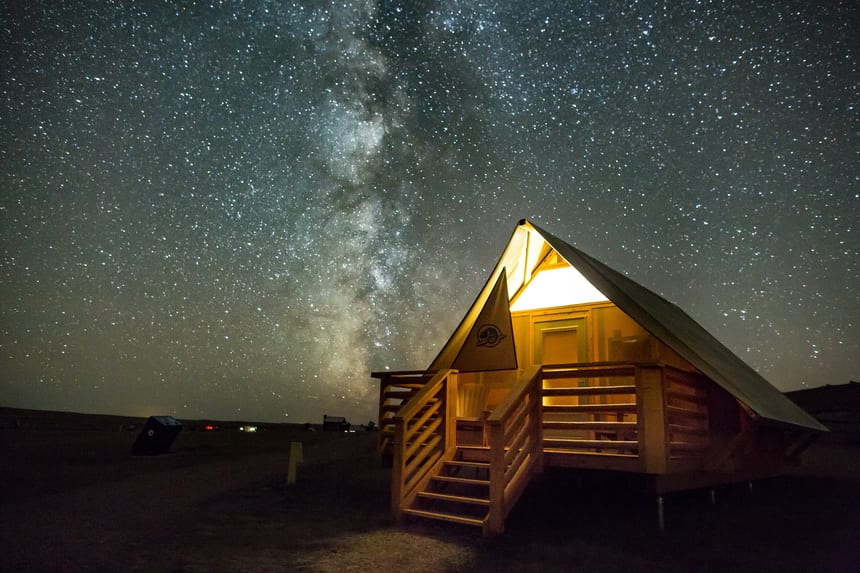 Below the Milky Way at night in the Dark Sky Preserve, in Grasslands National Park, Saskatchewan – Photo credit @Parks Canada 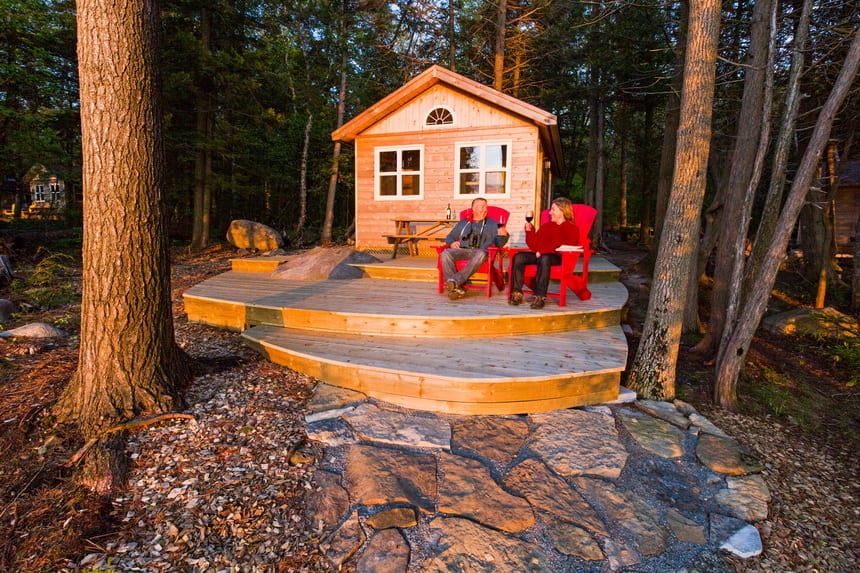 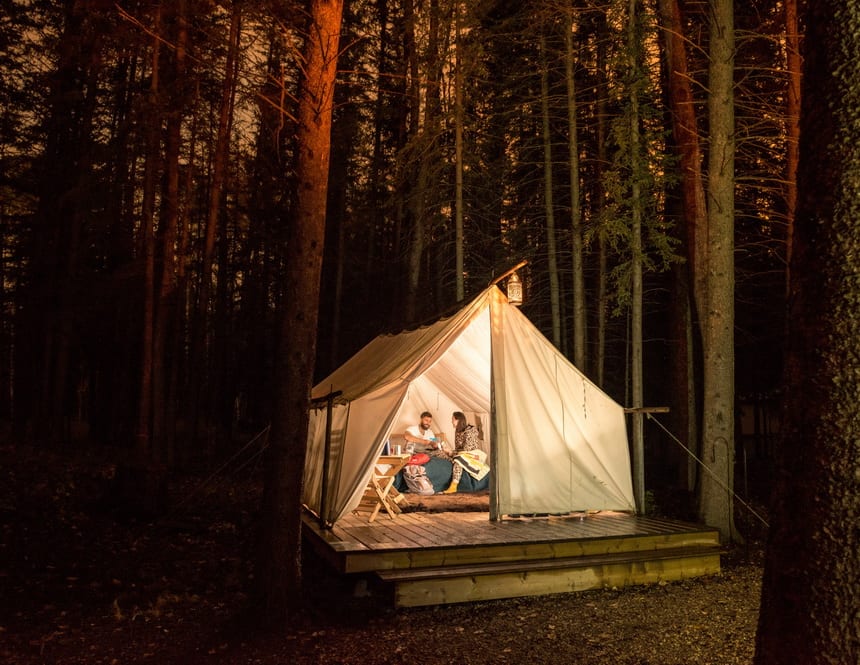 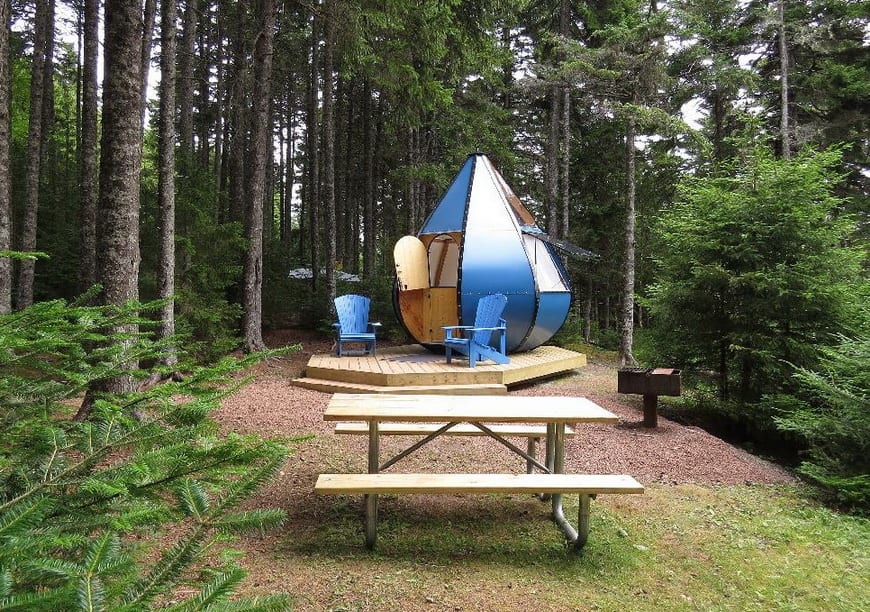 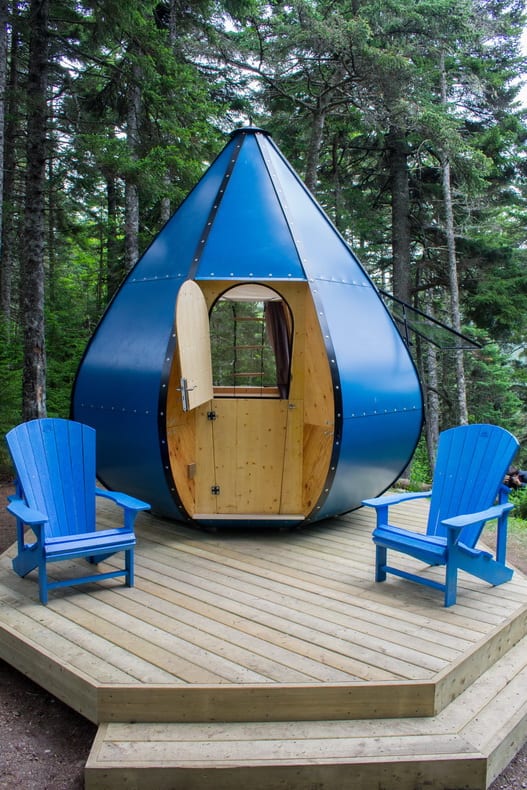 When can you start booking accommodation in Canada’s National Parks for 2019?

Make reservations in 2019 for visits to the national parks during the period of April 2019 all the way through to March 2020. (You can stay in some oTENTiks in the winter.) 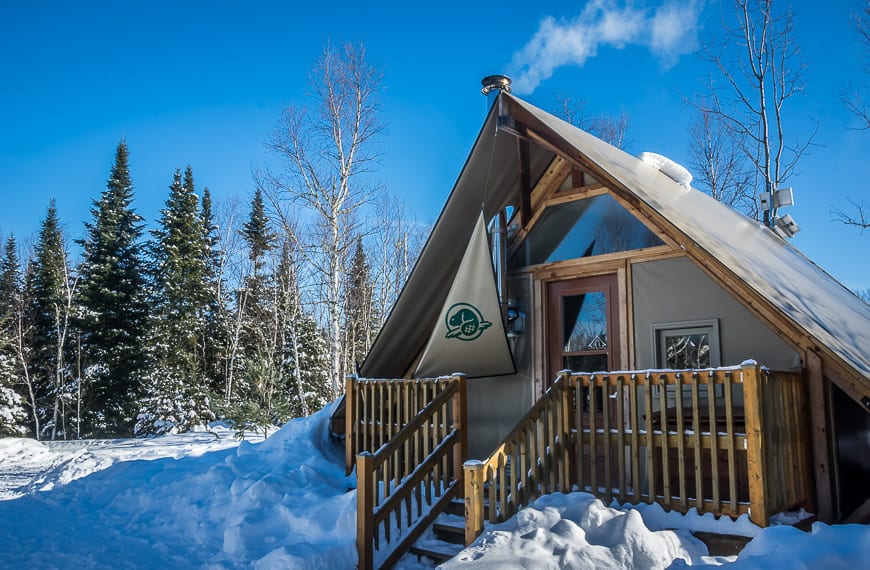 Otherwise click on this RESERVE link and it will show each province and the complete calendar of launch dates for 2018 reservations. Note that some reservattions open as early as January 3, 2018 for some locations in British Columbia.

You might also enjoy these posts on Canada’s National Parks.

A Vacation at Island Spirits on Rice Lake, Ontario

The Camp Denali Experience in Alaska