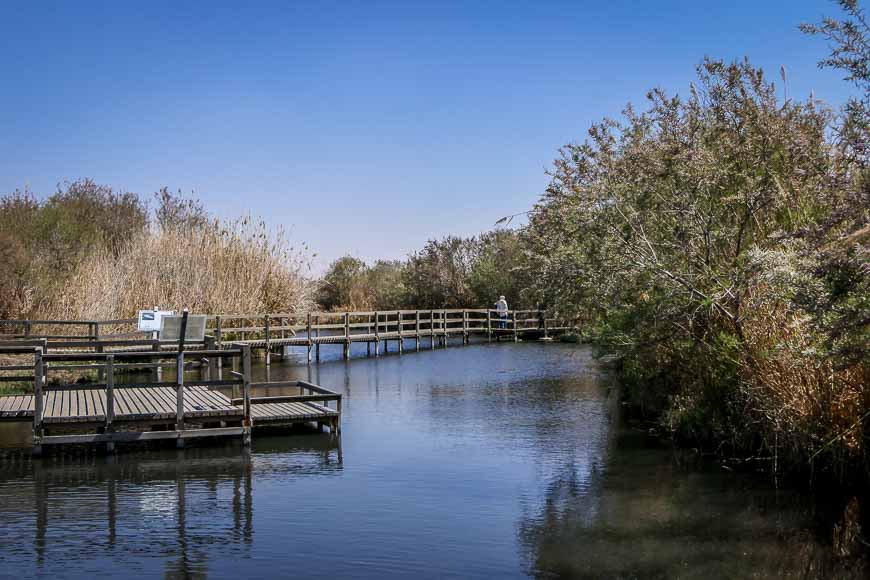 “There’s nothing there” some told us. “Just flat desert.” However, after having our fill of culture for a week we wanted to get a little taste of Wild Jordan and were not to be deterred from visiting the Azraq Wetland Preserve.

We had not seen very many bird species in the previous week and quite frankly I was feeling a little demanding about getting some birding in. As a bonus, there was a UNESCO site along the way so it was a threefer – a drive off into the desert, some birding at the Azraq Wetland Preserve and some UNESCOING.

We had poignant feelings about being in the Middle East with the great sense of history and the well-known regional tensions. Before we departed Canada, we were asked more than once “will it be safe?”

Unequivocally, Jordan is a safe country with very friendly and helpful people. But still, we had traveled to Jerash which is about 40 km from the Syrian border and now we were within 50 km of Saudi Arabia and road signs were indicating the way to Iraq.

Check out the sign below; left to Iraq and right to Saudi Arabia. Its not every day you see a road sign pointing to Iraq, at least not here in Alberta.

The town of Azraq

After about an hour and a half of driving from Amman including a stop at a desert castle, we arrive in the town of Azraq. It surprised us first by being more than a village and secondly by hosting a large military base complete with returning jet fighters.

We weren’t that far from Syria but felt it better to not pursue a line of questioning about these aircraft and what they may have been up to. Remember that poignant feeling bit above?

So back to nature, we take one wrong turn but soon find the entrance to the Azraq Wetland Reserve as pictured above and stroll in to the visitor centre.

We have a choice of a three hour guided tour or an independent stroll on the 1.5 km boardwalk. Slight debate as we wander about the display room but we elect for independence.

We pay our fee of  4 JD per person and out the back we go. We are greeted by a pleasant view of a boardwalk, a viewing station and reeds as high as an elephant’s eye.

The boardwalk trail is a highlight

As we slowly make our way out on the boardwalk which gives way to dirt trail and back to boardwalk several times over, we learn a lot from the signage along the way.

Azraq which means blue in Arabic was a true desert oasis with a history that gets lost in antiquity. When we visited the Citadel Museum in Amman they had a display of 40,000 year old implements from the Azraq area. That would be a lot of “greats” to describe those parents! Azraq was naturally on the camel routes and surprise, surprise the Romans had a go at the area too.

Birding at first is poor as evidenced by my darlings frustrated “Have you seen anything besides a house sparrow?”

But things look up (pun intended) as the last few fighter jets complete their approach overhead and subsequently reduce their decibel level as they land. The next bunch of reeds have a lot of flittering going on and experience says stop and hang for a bit and they will come. They do.

I spend some time trying to photograph these super flitty warblers. A good birder would highlight with confidence what type of warbler this is. Well, I’m not a good birder; this warbler does not frequent Alberta and I can’t seem to find it in my bird book.

The birds are active despite it being midday and around a corner are some coots and a moorhen working the pond. Across the way there is a blind so we head that way.

But let’s chat about the Azraq Wetland Reserve. First off, this wetland is a shadow of its former self and is only here because of an intense effort to attempt to reverse what was essentially another man-made ecological disaster.

The bad news at the reserve

Given its proximity to Amman, a city of 4 million, Azraq was overused as a water source and essentially the water was drawn down below the water table. An area that was an essential bird stop for over 300,000 migrating birds in the 1960’s now sees avian visitors of a fraction of that number.

In 1993, a concerted effort to rehabilitate the wetland was undertaken by the Royal Society for the Conservation of Nature and now 1.5 to 2.5 million litres of water are pumped back into the wetland.

As the sign says, this may seem like a lot but apparently there are over 500 illegal wells tapping the aquifer and the wetland is still degrading. As you can see below, the pond has subaqueous “winged” residents as well.

Rounding a corner, another warbler teases and after a reasonable amount of time realize he is gaming me and will NEVER let me get a good picture of him. Fine then.

Making haste to catch up with my darling, one more stop is necessary as something just flew into the low bushes across the way. Camera at ready I snap off a few shots, hastily look at the shots; something in a bunch of branches and off I run.

So we have lunch and then ready for the drive back to town with one planned stop at the desert castle designated a UNESCO site which was surprisingly interesting.

Back in Amman reflecting on this interesting day, the days shots are uploaded. Scanning through the pictures, I was curious about that last bird in the bushes. A little zooming and voila there it is. Not familiar so I pull out the bird book.

Only one bulbul in the book and its not this one. OK, internet time. Of course, it’s a white-eared bulbul and apparently rare in Jordan! Well that’s cool and that’s what I love about birding. A little bit like geology. There’s a puzzle and you’ve got to figure it out.

Further reading about things to do in Jordan

Be sure to check out the official Visit Jordan website for more information.

Thank you to my husband John for penning this guest post. 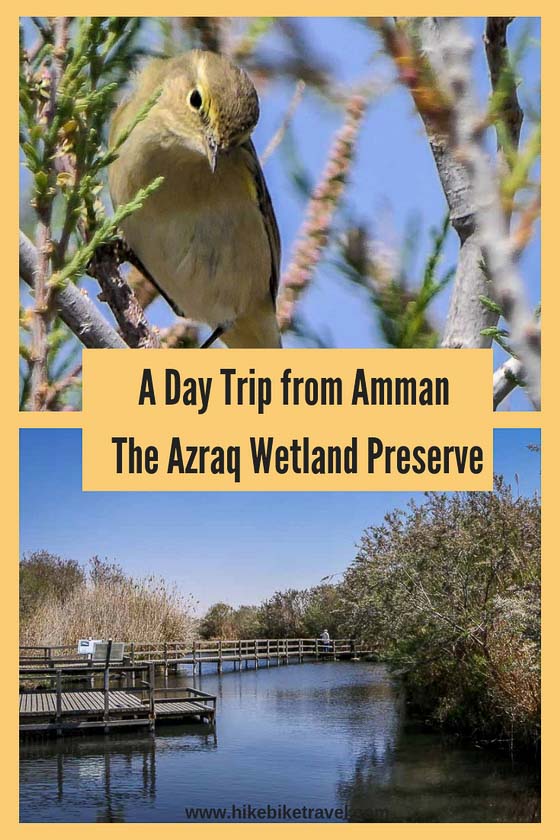