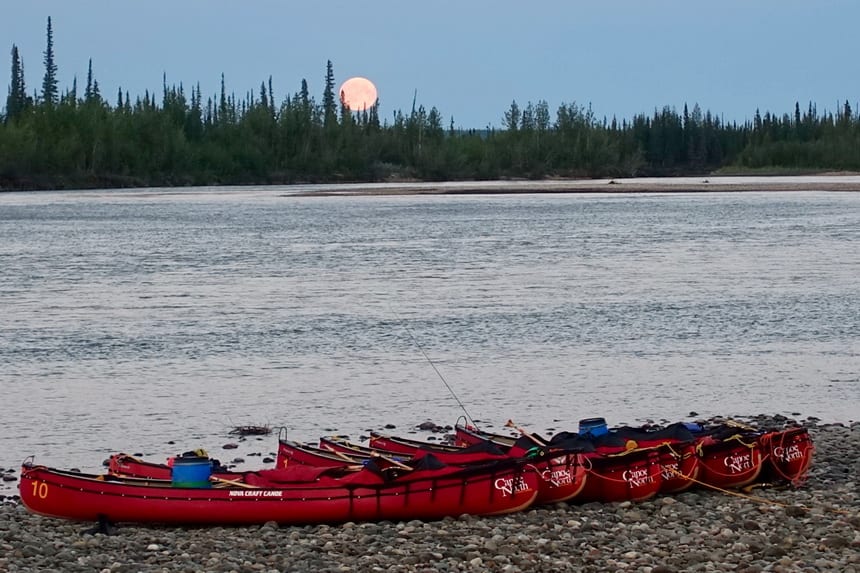 “Have you done much paddling?” I casually asked the man beside me as we filed into the dining room at an Edmonton hotel.

What else do you say to a fellow paddler you’ve never met before on the eve of a two-week, 400-kilometre canoe trip down the Keele River in the Northwest Territories?

He was fit, 50ish and wore the requisite quick-dry clothing. I was stunned when he told me that his paddling was limited to a weekend-long training session that had occurred three months earlier.

Throughout the evening, the pattern repeated itself until I realized I had more experience in the back of a canoe than the majority of the other 21 guests on the trip. I’d imagined I’d be the beginner struggling to keep up.

Then it crossed my mind: Could I graduate from the bow draws I’d learned six years earlier on the Mountain River? Had I learned enough about white water since then to claim a spot in the stern of a canoe? Was this my chance to fulfill a self-made promise that some day I’d be in the back of the boat down a mountain river? Was I strong enough, fit enough, brave enough to make the switch from bow draws to river pries?

Reality struck early. It was day two on the river and I was still getting comfortable at the back of a 17-foot loaded canoe with an inexperienced bow paddler. All day, we’d been hearing about Big Wave Corner: an “S” turn with rolling waves on the first curve, a sand bar on the left and then steep, pointy, canoe-capsizing, standing waves on the second bend where the water would be driving us into a solid wall on river right.

With Richard in the bow, we eddied away from shore into the raging water, skirting the biggest of the rolling waves on the first bend and then slipping past the sandbar on our left. Straight ahead waves crashed at the cliff-like riverbank as though they wanted out. It was time to call upon my skill, strength and courage. I’d requested this seat in the stern hadn’t I?

I leaned back and out over the roaring river, jabbing my paddle into the raging churning whitewater. My shoulders strained as I pulled hard, rudder-like to swing the bow around, all the while yelling at Richard over the thundering noise: “Paddle haarrrdddd.”

Al’s advice was in my ear: “Speed is your friend in big water.” The canoe began to come around. Let up, I thought, let up. I didn’t want to over rotate and have the stern catch the big waves that could flip a canoe as though it were a tiddlywink.

We rocketed past the rollicking haystack waves and emerged into calmer, albeit fast-moving water. We’d made it “Yahoo!” Richard and I screamed. Adrenalin pounded through our veins.

Setting up camp that night, everyone glowed. We compared notes about our day’s experience. We joked – now familiar with each other in a manner that seemed impossible in that distant Edmonton dining room.

And so our days went. We’d breakfast, load our boats and then eddy from shore into the cold clear river as it headed downhill, always downhill, toward the mighty Mackenzie and on to the Arctic Ocean.

We got better at putting up tents and washing dishes in cold water. Using an open-air latrine seemed normal. There were no cell phones to distract us, just the sun, the moon, the stars and, one night, the northern lights.

Then it was the Boat Sucking Boil. We clambered out of our boats, and Al lead us down the shoreline to scout what the Keele had in store for us. “Stick close to river right and look for the turquoise water,” he advised.

The line was boat-length wide and sandwiched between enormous standing waves that crashed into a vertical cliff on our left and the dreaded boat-sucking boil on our right. “If you err to one side, make it nearer the waves,” added Al.

We found the line close to shore and then began traversing the river toward that blue-green path. Our canoe gained speed. It bucked as we entered the river’s main flow of churning, white water that surged over the gunwhales. My eyes never left that slice of greeny blue, but canoes don’t always follow our gaze.

In my attempt to avoid the standing waves, I’d done exactly what Al warned against. Well clear of the haystacks, I could feel the whirlpool sucking our canoe from below. I screamed like the skip on a curling team. “Paddle haaarrrrrrd.”

Our combined effort vaulted our canoe forward. One stroke, then two. With a third we were out. Speed had been our friend, but we’d had an intimate look into that swirling boat-sucking hole.

Can a journey on the Keele River change your life?

Weeks later, at a followup meeting, Al’s wife Lin, who has been paddling northern rivers for decades, spoke to our group. She said, “I don’t want to sound sexist, but there aren’t many women who have the strength and skill to paddle in the stern of a canoe on a big river like the Keele.” I glowed.

And as I did, I glanced over at Richard, my co-canoeist through that first challenging Big Wave Corner. His wife and son were with him, and though it was dark, I’m certain I saw him glow too. We’d all made it down the Keele River.

Our collective challenges ranged from limited paddling experience to post-traumatic stress disorder brought on by military service to the after-effects of cancer treatment. Over two weeks, we’d melded into a small, tight tribe, each of us giving and receiving the support and space required to achieve what the river threw at us.

It takes a village to raise child. It took a team for each of us to successfully reach the Mackenzie River at the end of that long downhill paddle.

For more information about paddling the Keele or other rivers in the Northwest Territories and the Yukon, contact Canoe North Adventures . 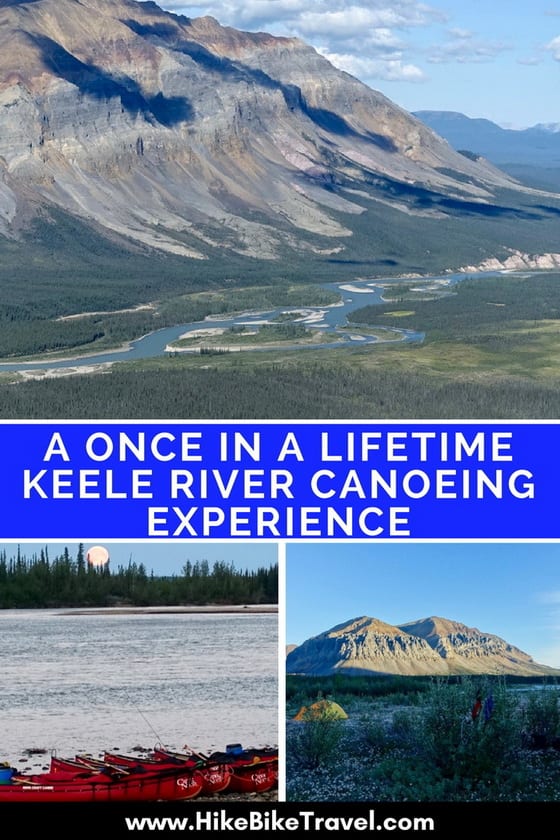 Nicola, the author of this guest post, would like to thank Canoe North Adventures, True Patriot Love and the Government of the Northwest Territories for making this trip possible.

9 the Best Places to Paddle in Alberta

5 Great Sea Kayaking Adventures in BC

June to August is the most popular time for sea kayaking in Canada, especially if…