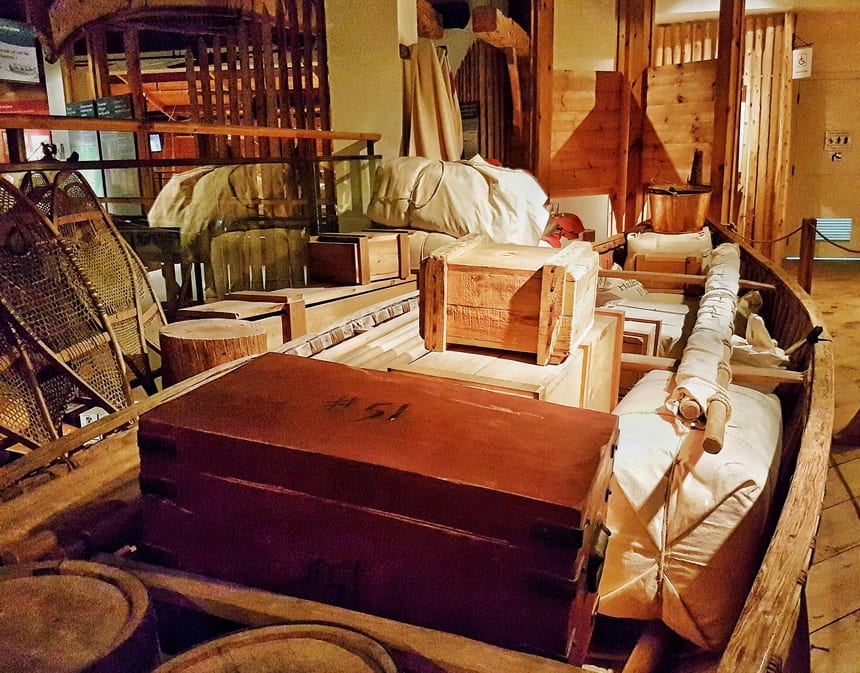 A Visit to the Peterborough Canoe Museum

If you’re a paddler of any type of craft, a history buff or a museum goer you will LOVE Peterborough’s Canoe Museum. I visited the museum and came away awed by the beauty and design of the canoes and kayaks that are on display along with the stories that go with them.

The Peterborough canoe museum contains the largest collection of canoes, kayaks & paddled watercraft in the world! When you enter the museum it’s dark and quiet – almost church like. You end up speaking quietly and with reverence about the many craft on display.

Read the quotes and perhaps you’ll feel a kinship like I did with those that have paddled before you. I particularly liked the one below.

“We build, we paddle, and we experience the familiar and the unknown. There is always a smile when we see a canoe or a kayak. They are nothing less than inspiring. We see them in our journeys along the waterways of memory itself. There is beauty in a singing river and sadness in September mist. In such company and feeling at home, no voyage is too long.” Rick Beaver 2001

I only had a short time in the museum but while I was there I was lucky to have George Mckeivet as my tour guide.

He was quite literally a fountain of knowledge when it came to the history of the kayak and canoe. Our tour started with his favourite quote from explorer Samuel de Champlain “This little boat works well in this country.”

The canoe has been a mode of transportation for the native people for thousands of years. Smart explorers learned early on that canoes were the best way to explore the country. Once the fur trade got into full swing, canoes became vitally important.

As you wander through the museum you will see an example of the canoe that was used by the fur traders. It was able to carry 12 people and cargo weighing 2,400 kilograms.

As many of you know former Prime Minister, the late Pierre Elliot Trudeau was an avid canoeist. During his tenure as prime minister a record number of national parks were created. (Thank you.)

One in particular – Nahanni National Park in the Northwest Territories – is on the bucket list of any serious paddler. My stepfather in fact had the pleasure as a CBC cameraman of canoeing the Nahanni River with Trudeau.

I had only an hour to see the museum – and that was at a far faster pace than I would have enjoyed. Allow several hours if you want to linger and admire the handiwork, read all the signs and absorb what’s there.

There were a few exhibits I quite enjoyed. I chuckled at what the reaction would have been on both the part of Princess Elizabeth and Prince Phillip as a cedar rib canoe showed up on their doorstep to celebrate their wedding. Reportedly the canoe did get a lot of use by the royal family. Trudeau also commissioned – as a personal wedding gift – a canoe for Prince Charles and Lady Diana.

Carve your own paddle courses

The museum offers a number of courses throughout the year including a carve your own paddle course.

I had an hour with Russ Parker, a volunteer instructor for the paddle carving course. Although you need a full weekend to carve a paddle (and that’s starting with a paddle blank made of black cherry), he led me through some of the steps including the use of a carving tool called the spoke shave.

Let’s just say it takes some time to develop the finesse to use it properly. Fortunately Russ is diplomatic and patient so you will be successful.

After you’ve carved your own paddle you can use it to canoe one of the 150 lakes in the region. There are six signature paddling routes in the area and the opportunity to paddle through the world’s highest hydraulic lift lock. For more information on canoeing in the Kawarthas click here.

In late February, the Ontario government provided $1.4 million dollars towards cultural infrastructure planning – which in laymen’s terms means that architectural plans can now be drawn up for the eventual move of the museum to a new building beside the Peterborough Lift Lock on the Trent-Severn Waterway.

From my experience canoeing in Algonquin Provincial Park and the Temagami area as well as kayaking in the Georgian Bay, I can wholeheartedly say that the province has a fantastic number of canoe and kayak routes to offer any level of paddler.

Peterborough & the Kawarthas Tourism and The Canadian Canoe Museum are doing their best to promote paddling in their area. Programs are offered for the adult paddler and they have a blog which will keep you up to date with what’s going on as well.

Further reading on canoeing and kayaking in Canada 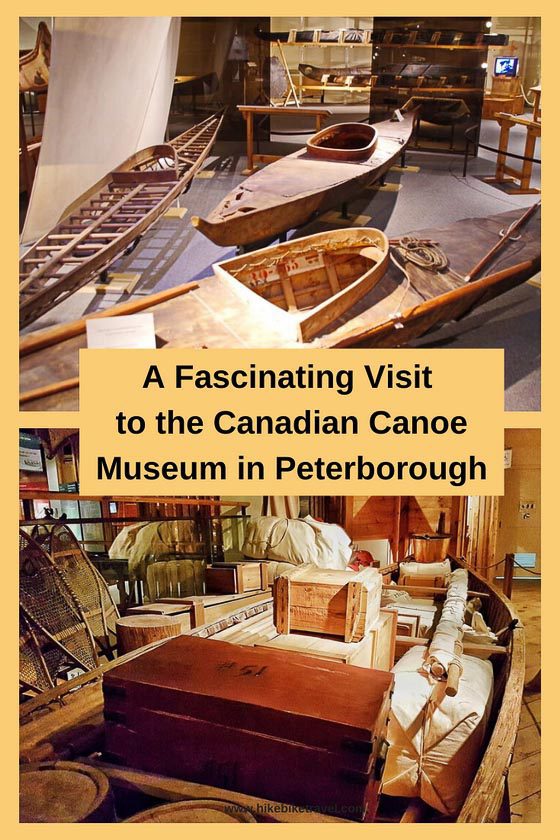 Thank you to Peterborough and the Kawarthas, Kawarthas Northumberland and Ontario Tourism for hosting my visit. You know the drill – all opinions are my own.