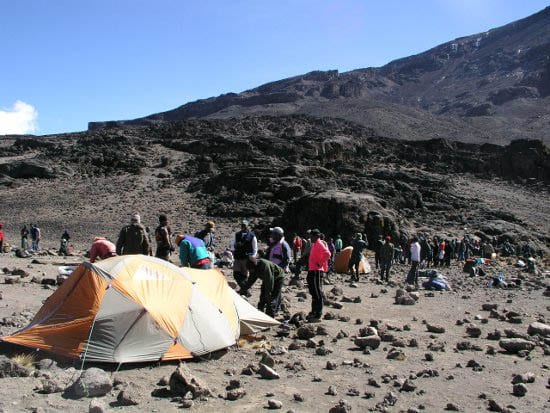 Climbing Kilimanjaro is on the radar screen of many a peak bagger, and well it should be. The 19,340 foot (5,895 m) peak is technically easy but physically demanding. Over 25,000 people attempt the peak every year but success rates vary greatly from operator to operator. Picking a route, the time of year and the number of days you want to spend on the mountain is the starting point for planning your climb. Factor in costs, safety and guide credentials and you should be able to pick a tour operator. 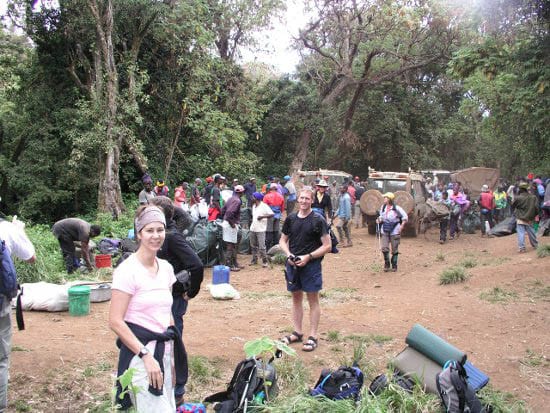 Huge number of porters at the beginning of the climb

Altitude is one of the biggest concerns on this mountain and it can level even the fittest of hikers. There is 50% less oxygen at the summit than at sea level. Pre trip conditioning and proper acclimatization (the more days on the mountain the better) increase your chances of summit success – though with a week or more on the mountain this climb is more about the journey than the peak.

How to Pick a Tour Operator to Climb Mount Kilimanjaro

Pick a tour operator based on your chosen route, price, their safety record and the services they offer on the mountain. 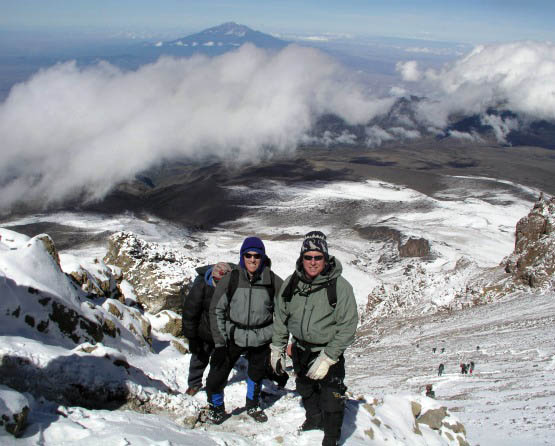 The route up to the last camp

There are six main routes up Kilimanjaro.

Overall the Rongai is easiest but the Shira is the best.

Marangu – also called the Coca-Cola route; this is a lower quality, high traffic route with less interesting scenery. On this route you can use the huts but given their state tent camping may be preferable. Many companies just do and up and back on this route.
Machame – this is a tough trek which is NOW the busiest route on the mountain (as of 2006)
Umbwe– a little used route on the SW face. The route is shorter, steeper and more technical.
Lemosho – approaches the mountain from the west. The first few days are pretty with little traffic. It gets busy when it joins up with the Machame trail, higher on the mountain.
Rongai – high quality, low traffic route which can be climbed over 6 or 7 days. An easier route.
Shira – probably the best 7 night route on the mountain. A variation of this route is the Western Breach which involves some exposure climbing and camping in the crater at 18,800 feet.

You can show up in Moshi, Tanzania in a pair of shorts and book a trek that will leave the next day. In fact you can rent everything you need like down coats, hats and mitts and hit the trail for about $US 1200. My daughter did just that a few years ago and had a great time on the Machame route – and for the price did just fine. Or you can choose a company like Wilderness Travel and spend $US 5785 (with Park fees included) for an 8 night/9 day climb using the Western Breach Route off the Shira Route. A trip at this price keeps you on the mountain for a few extra days of acclimatization, provides excellent food and first class guides well versed in the flora and fauna as well as wilderness first aid.

In 2010 budget the following for a Kilimanjaro climb. 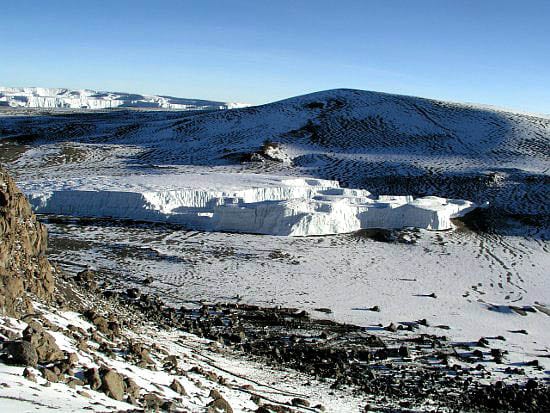 The incredible glaciers on Mount Kilimanjaro

When should you climb Kilimanjaro?

The best climbing months are January, February and September because they are the warmest and the clearest. August and September are the coldest months. April and May can see heavy rain or snow and poor visibility. November and December can be on the wet side. March and June are transition months. I climbed in October which is known for little rain and fewer people. 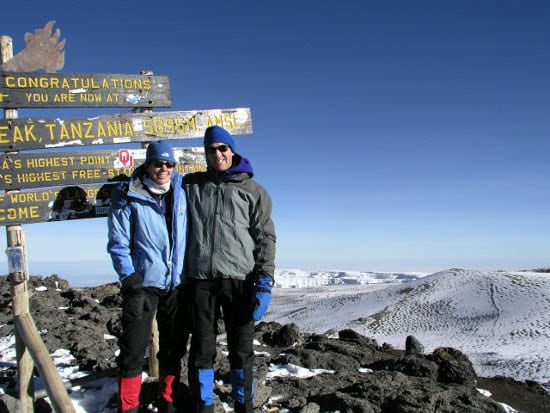 5 Great Things to Do in Essaouira, Morocco

Essaouira is a popular coastal city on Morocco's windy Atlantic Coast. As a former Portuguese…

You can do this, it will be easy, just take one step at a time…