A two day kayaking trip in the Saguenay Fjord is enough time to give you a sense of the place. But if I’d had one extra day then a three day kayaking trip from L’Anse-Saint-Jean to the mouth of the fjord at the St. Lawrence River in Tadoussac would have been even better.

Here’s what my trip on the Saguenay Fjord with the kayaking company Fjord en Kayak looked like – but first  I thought a few quick facts about the fjord might be of interest.

Where we started our Saguenay kayaking trip

Our trip started at the beach and boat launch site in the pretty town of L’Anse-Saint-Jean – in fact one of Quebec’s Most Beautiful Villages. It was just a few minutes away from my B&B  – the lovely Auberge la Fjordelaise so our 8:30 am rendezvous time wasn’t onerous. 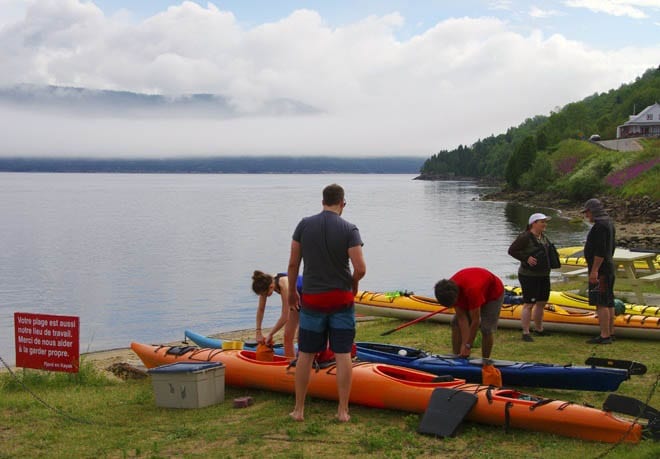 Packing up the kayaks at the start of the trip 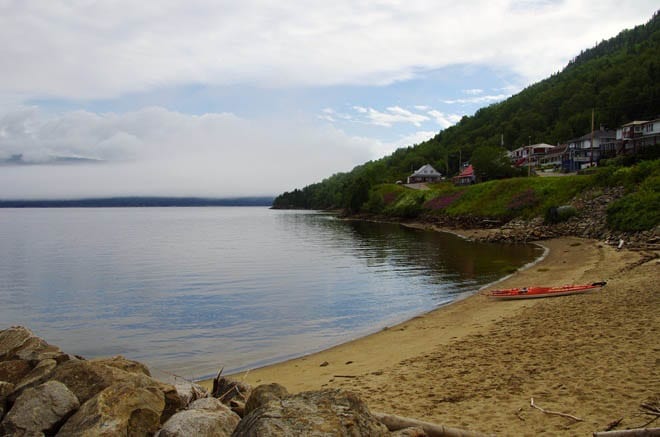 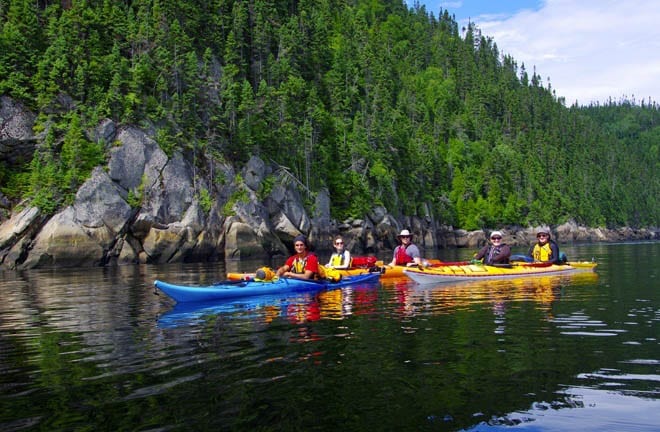 Our group starting off on calm waters 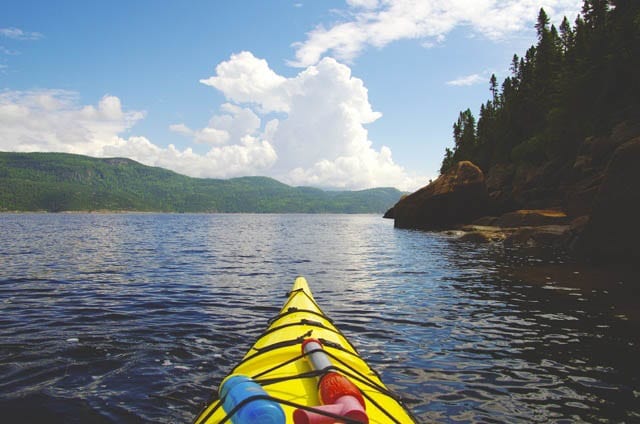 Clouds are building by 10:30 in the morning 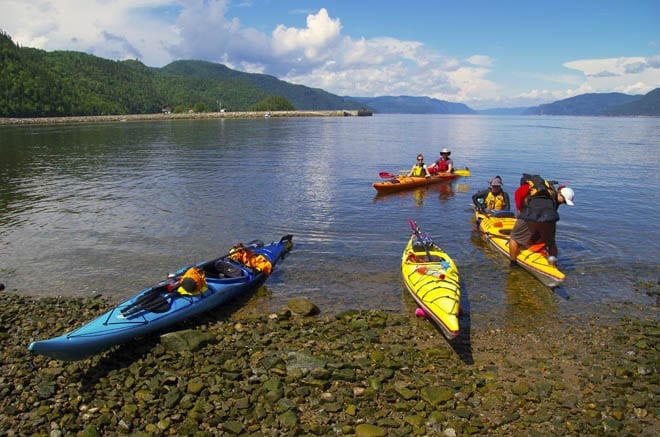 Pulling into our lunch stop 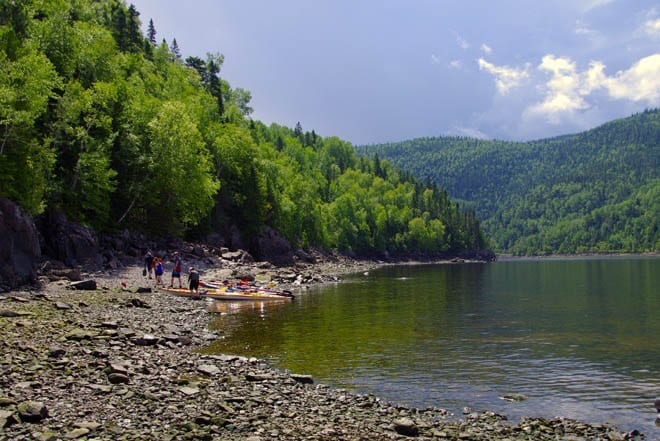 Lunch is under threatening skies 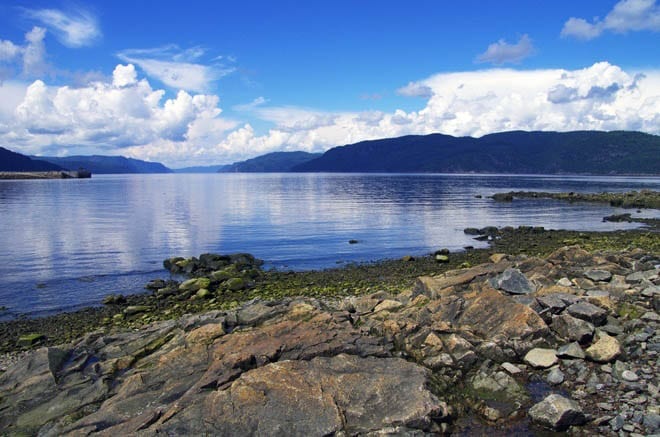 Looking west down the Saguenay Fjord 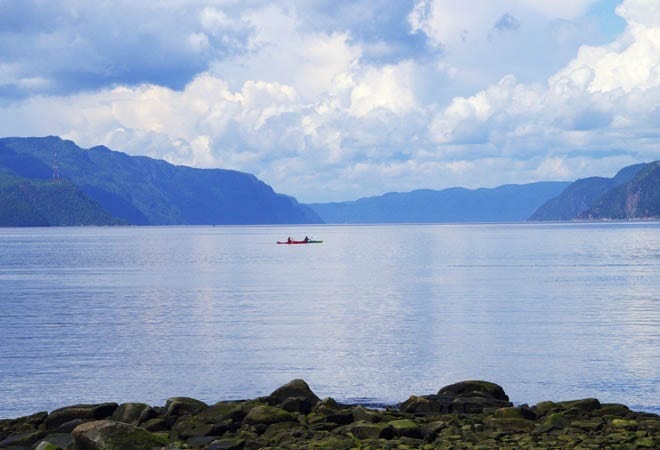 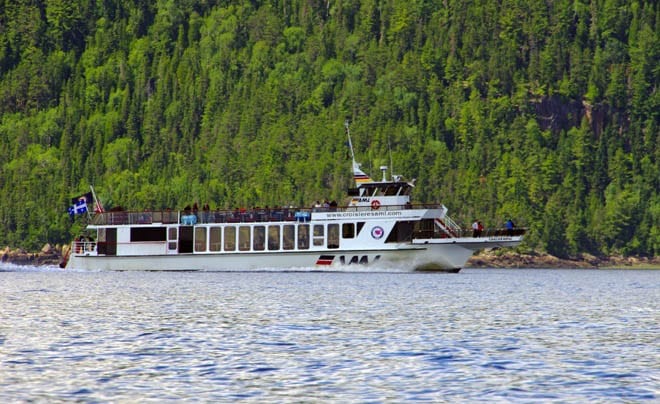 After a solid hour’s break for lunch it was time to continue east. Our goal was the first campsite past Île Saint-Louis. Since there was no rush we took our time exploring the bays – and looking for wildlife. A few harbour seals popped up behind us on occasion and one family of mergansers floated by. We heard one loon and saw loads of cormorants too. 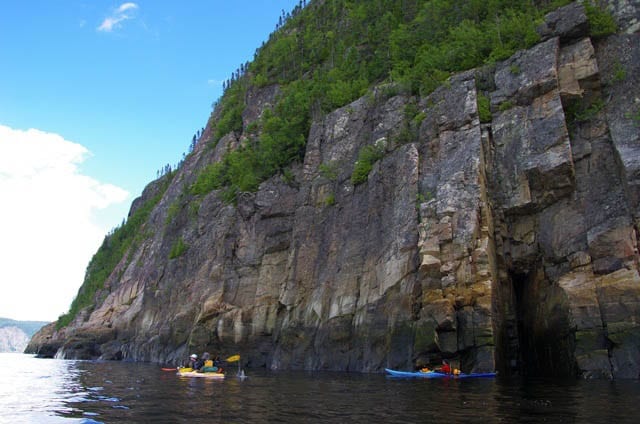 Dwarfed by the cliffs 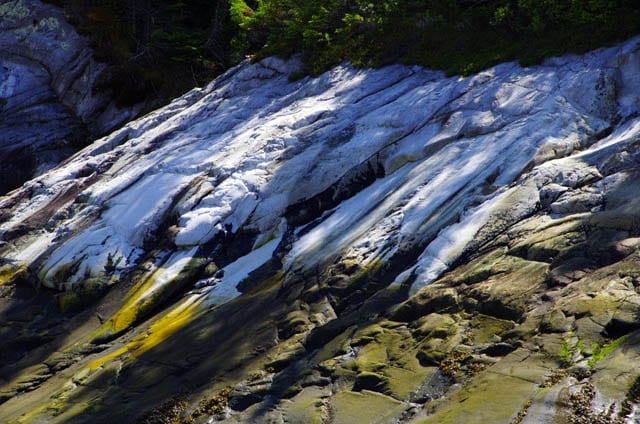 Paddling towards these beautiful cliffs 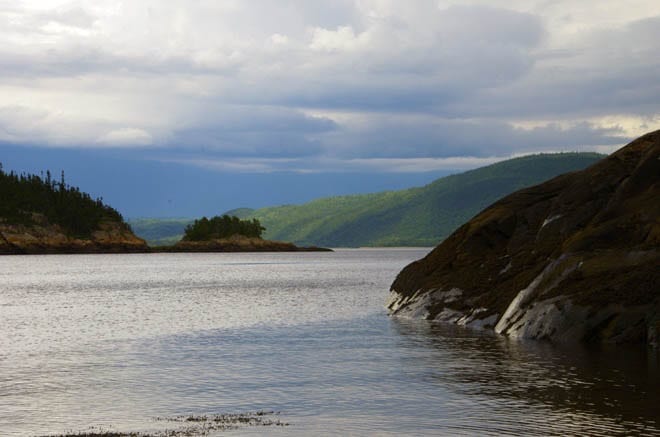 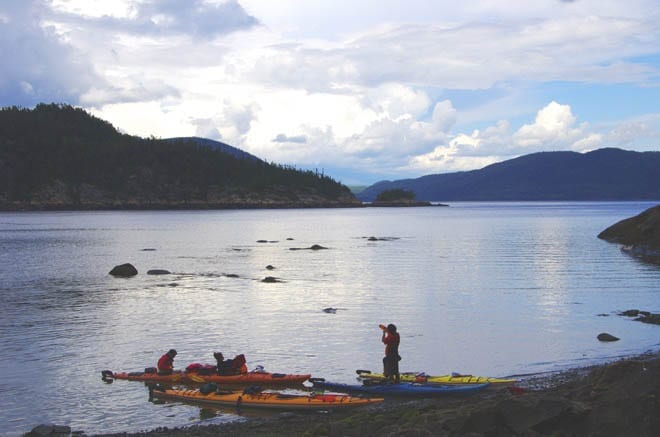 Pulling into our spot for the night

Our campsite had seven tent platforms so everyone had some privacy. An outhouse way back from the beach, a picnic table and some fresh water from streams were the only signs of civilization – well at least until Antoine worked his magic. In no time he had rigged up a tarp, and brightened up the picnic table with a cheerful looking tablecloth. Add in a few bottles of wine, some hors d’oeuvres and Antoine in an apron smiling away and you might think you’d landed at a little French bistro instead of a wooded campsite. 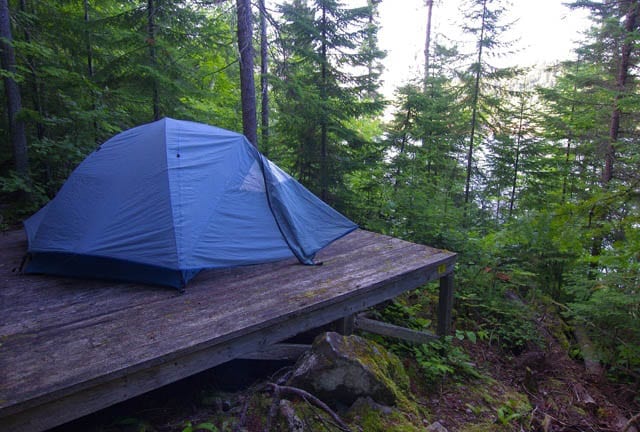 Everyone gets their own tent platform 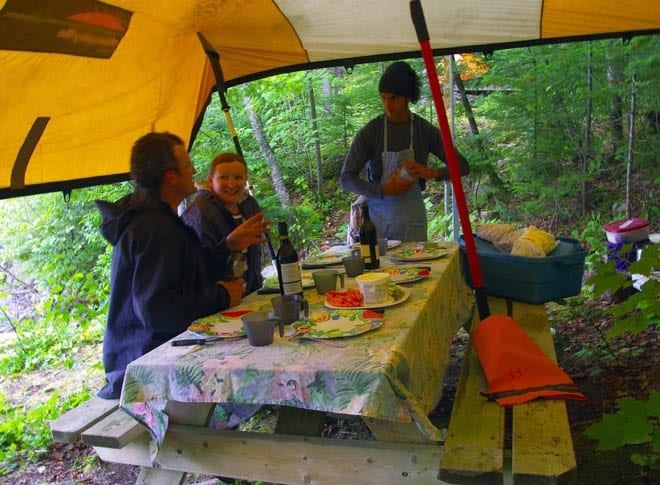 Well protected under a giant tarp 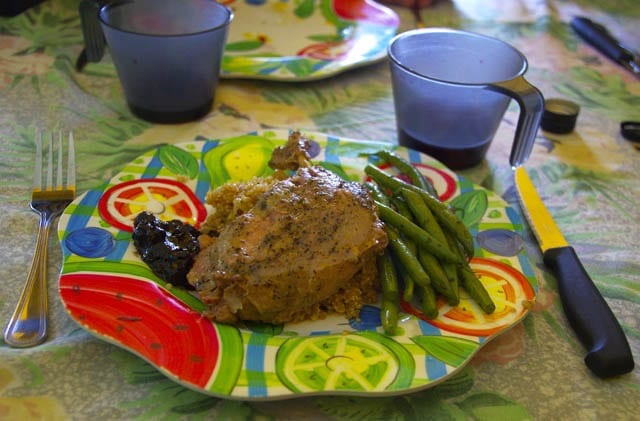 Duck confit with blueberry chutney – in keeping with the French bistro theme – was served for dinner accompanied with quinoa and fresh green beans. What a meal – and one that you would only see in Quebec! 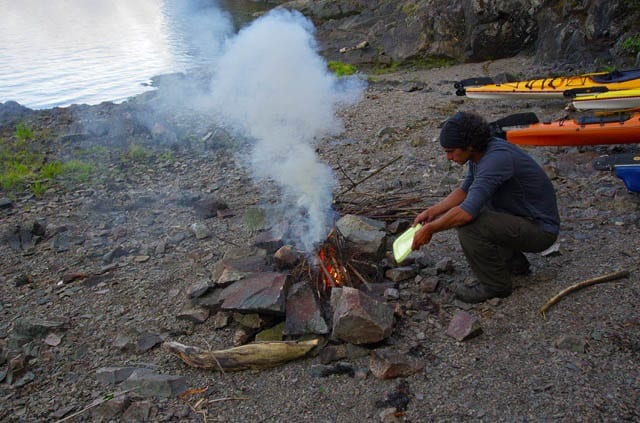 Looking across to Ile St. Louis lit up in the sun after dinner; its one of 7 islands in the fjord 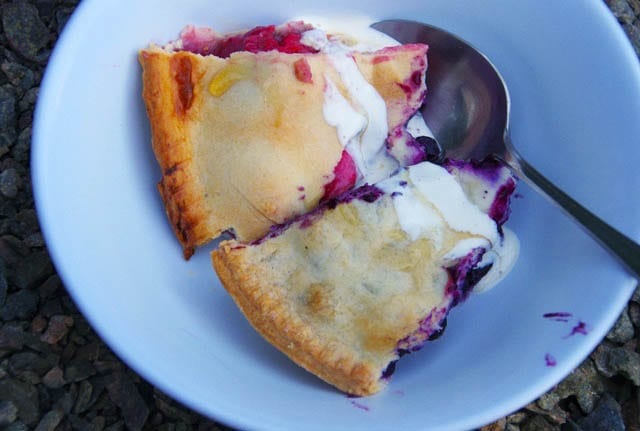 By 9 pm dishes were done and I – and everyone else – was ready for bed.

The next morning the plan was to get an early start and paddle around Île Saint-Louis, cross to the other side, paddle west, cross back and voilá – the trip would be over.

Certainly we got off to a great start with breakfast – fresh fruit, an omelette, toast, coffee…you name it and all of it delicious. 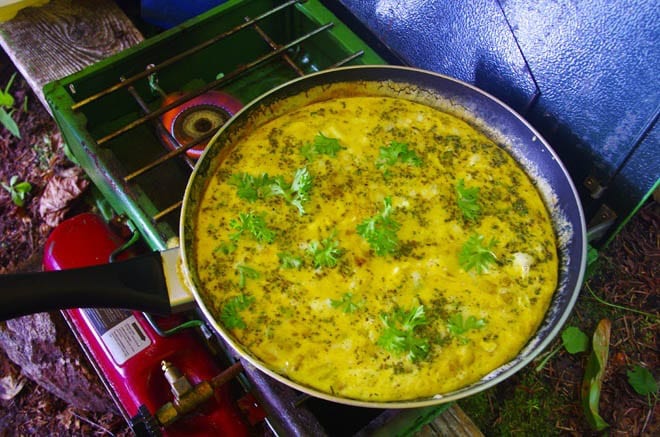 A fancy omelet for breakfast

The goal was to be on the water by 9:30 and we were close. But one look out to the fjord and I knew our early morning plans would be changed. White caps could be seen from shore – and we were in a calm area. 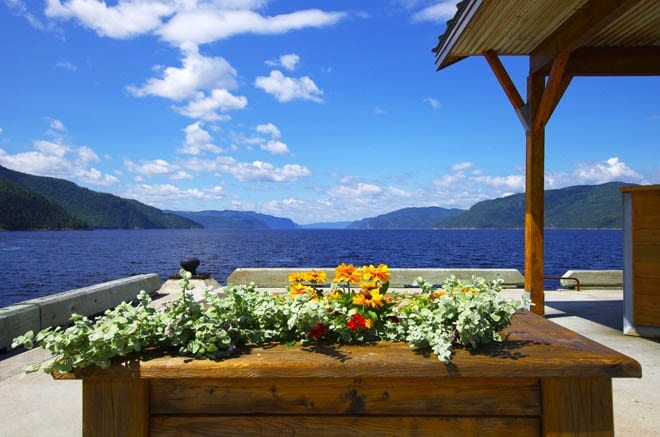 View 27 kms down the fjord from Petit-Saguenay

A beluga whale greets visitors at the wharf in Petit-Saguenay 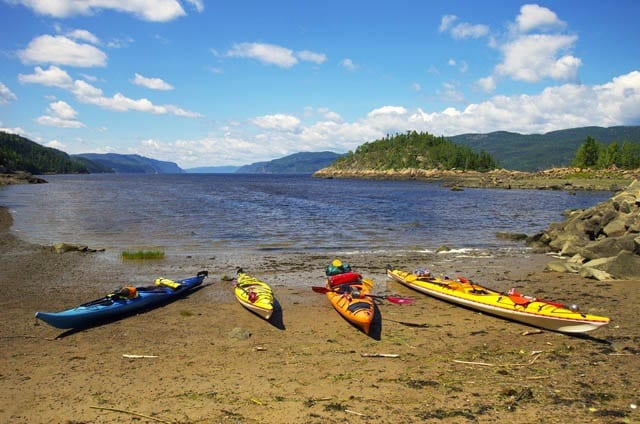 A welcome breather after battling stiff winds for 2 + hours 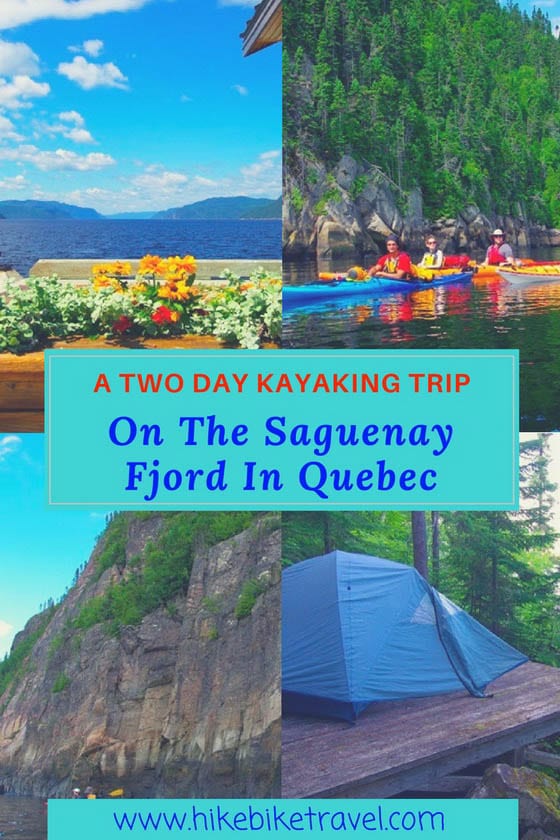 Thanks to Fjord en Kayak and Tourism Saguenay – Lac Saint-Jean for providing me with a trip discount. Thoughts about the trip though are – as always – my own.

Growing up in Ottawa, I was very lucky to live within spitting distance of Gatineau…

3 of the Best Canoe Routes in British Columbia

Every year about 175,000 people visit Hopewell Rocks in New Brunswick. It's one of the… 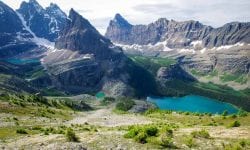