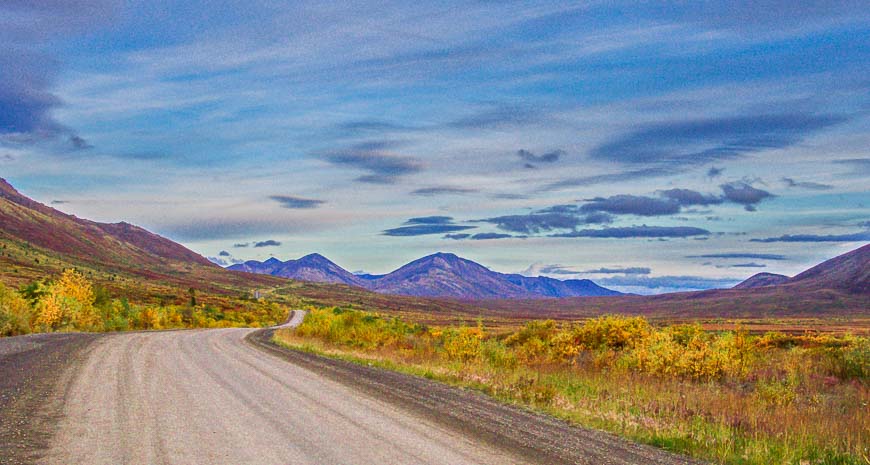 Wide, open roads with not another vehicle in sight

Driving the Dempster Highway to the Tombstones

The Dempster Highway is a 740 km all weather dirt road that connects the Klondike Highway (the highway that connects Skagway, Alaska to Dawson City, Yukon Territory) to Inuvik, located in the Northwest Territories on the Mackenzie River delta. The highway takes you across the Arctic Circle. As of November 15, 2017 you could add another 147 km and drive the Inuvik Tuktoyaktuk Highway.

I had the pleasure of driving the Dempster Highway when John and I visited the Tombstone Mountains for a three day backpacking trip. The highway takes you right to Tombstone Territorial Park – though I was told that the highway itself isn’t actually in the park.

The road is a popular one for adventurous travelers. There are loads of RV’s making the full trek to Inuvik and now Tuktoyaktuk, but there are lots of people who are content to just go as far as Tombstone Territorial Park.

That’s all we had time for – and we were told by a number of people that we had seen the most scenic section of the road. However, the drive on the Dempster Highway is about the journey and exploring a part of the world few people will ever see.

I’d seen plenty of photos before we’d left of the Tombstone Mountains so I planned specifically to be in the Yukon for the height of the fall colours – which for this part of the world is around late August.

My photos don’t do the area justice. The drive is one of the prettiest I’ve ever done and would rank in my opinion, in the top three in Canada.

The photos will give you some idea of what to expect until you reach the mid-way point of Tombstone Territorial Park.

Tips for driving the Dempster Highway

If you’re planning to rent a car, make sure that you are allowed to drive the Dempster Highway. Many rental companies forbid it.

You cannot rent a car in Dawson City. Whitehorse, a 6 – 7 hour drive away, is the closest center. We rented from Budget and were allowed to drive as far as Tombstone Park, though I’m not so sure about Inuvik.

You can now drive all the way to Tuktoyaktuk as of 2018.

Services are few and far between. You’ll likely have to camp, at least until you reach Eagle Lodge or Inuvik. The good news is that you can camp just about anywhere along the side of the highway for free.

Fill up at the gas station at the corner of the Dempster Highway and the Klondike Highway. You will need a credit card to do that, as it’s not a manned station.

Purchase groceries and supplies well in advance of getting to the highway. If you’re planning to drive all the way to Inuvik, then take extra gas and a spare tire. If it’s your own car, make sure it’s been well tuned before you start your journey.

Cellphones do not work – at least as far as the park.

Tombstone Territorial Park does have a Visitor Centre that is open until mid-September. You can get water there and it’s possible to rent cans of bear spray if you want to go on a hike.

Bring extra batteries for your camera.

If it rains, your car will be covered in mud. You will be muddy. Bring cloths and a bucket so you can at least wipe down the back windshield on occasion.

Be prepared to be wowed.

If you want more detailed information on the Dempster Highway visit their website. 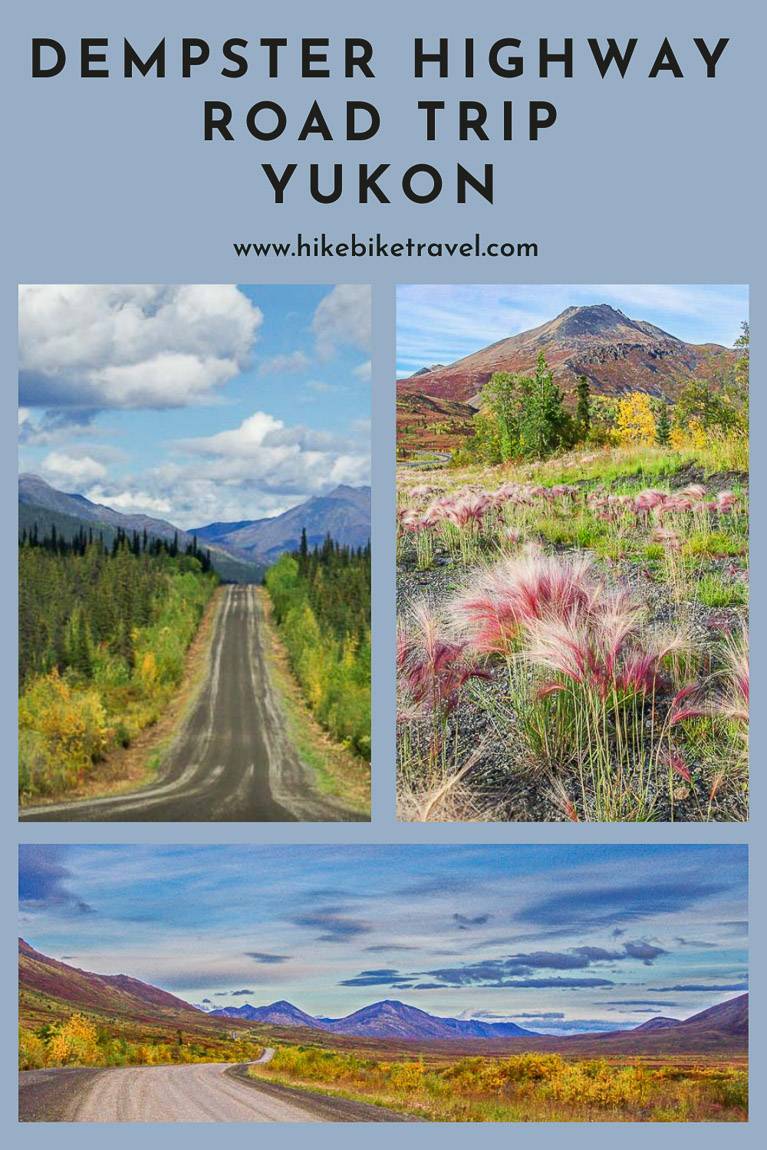