One of the best ways to explore Nova Scotia’s south shore is the slow way – on the back of a bicycle. But as you’ll see from the photos, it’s worth a drive if you don’t like to bike. You can do the trip on your own; you can try a self-guided bike trip where a company moves your bags every day and provides you with a route description or you can go with the full guided tour.

I did the self-guided option. I’d picked up a bike compliments of Freewheeling Adventures at their headquarters just outside of Hubbards. My plan was to cycle as much as I could of the south shore between Hubbards and Lunenburg. But if you haven’t been to Peggy’s Cove then you must absolutely include that as part of your bike tour.

What I hadn’t thought through when I organized my bike rental was how I was going to fit the bike into my rental car as I moved around. I had rented a Fiat Mini. And trust me, it is one small car. But when I took both tires off I could carefully maneuver the bike into the trunk and the back seat. All my other gear had to go in the front seat and there wasn’t room for another soul. 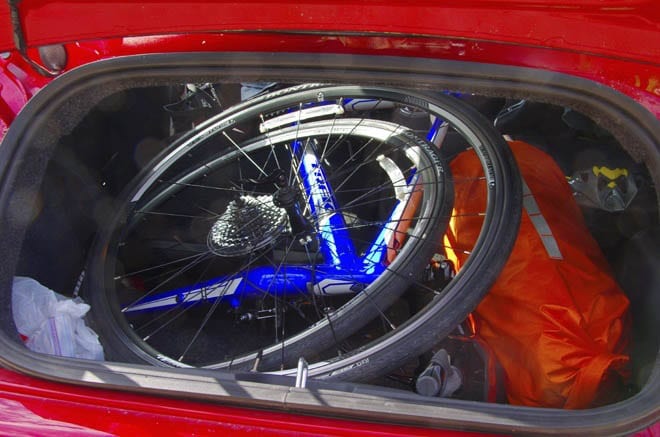 Squeezing my bike into the back of a Fiat Mini

The road to Peggy’s Cove is hilly and the shoulders if there are any, aren’t very big. The good news though is that drivers are extremely courteous. And if you need a great place to stay in Peggy’s Cove try Peggy’s Cove B&B, located right on the water. 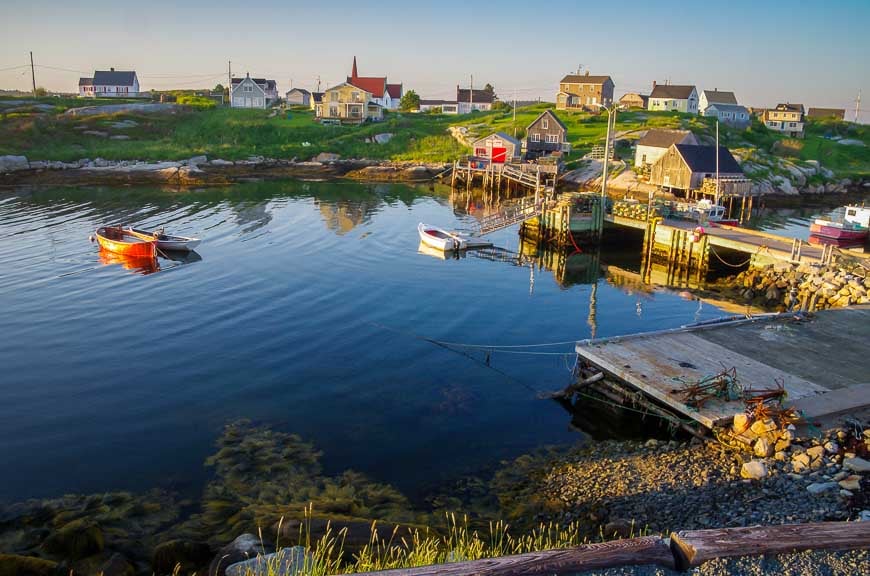 The colourful harbour in Peggy’s Cove 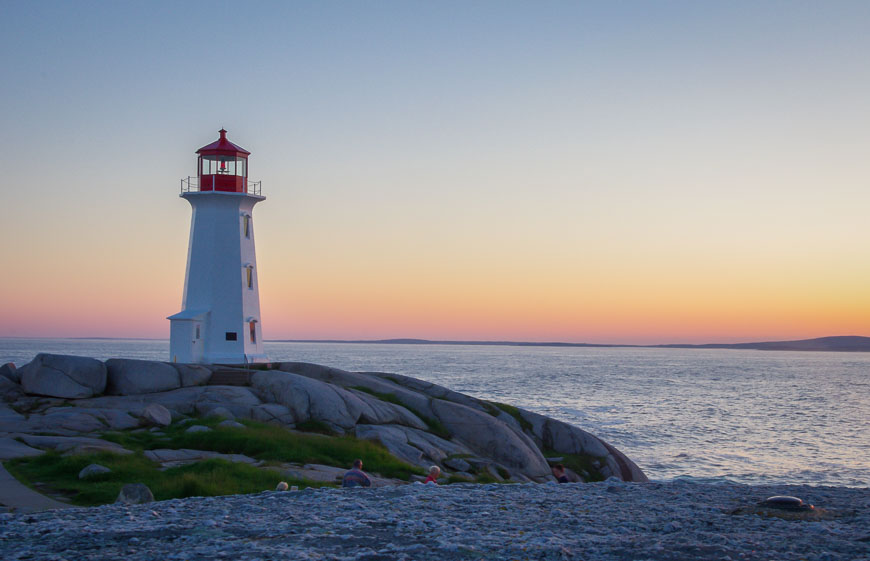 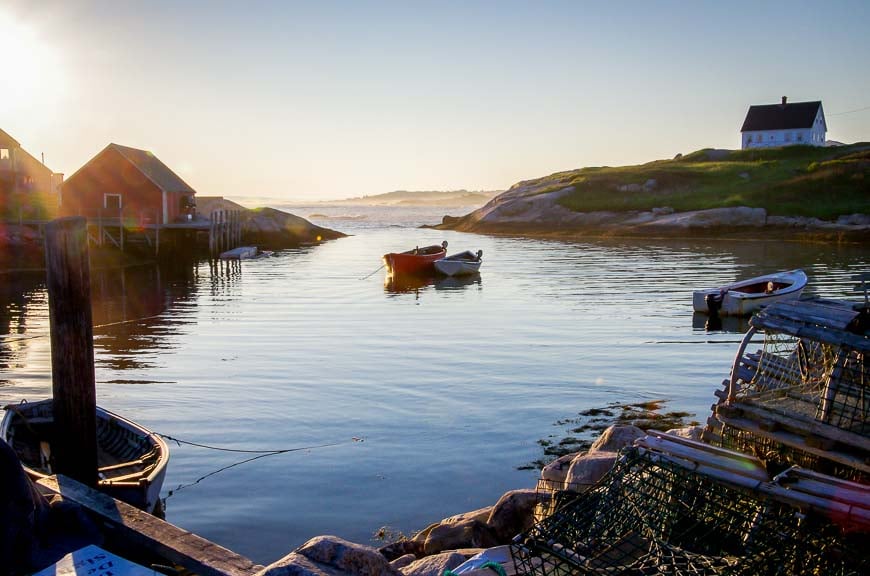 Two communities, Peggy’s Cove and Blandford were crucial to the recovery operation following the crash of Swiss Air Flight 111 on September 2nd, 1998. The sites for the memorials – Whalesback and Bayswater Beach were chosen because of the proximity to the communities and because the view lines are tied in together along with the crash site to form a triangle.  That is reflected in the design of the memorial for Swiss Air Flight 111. 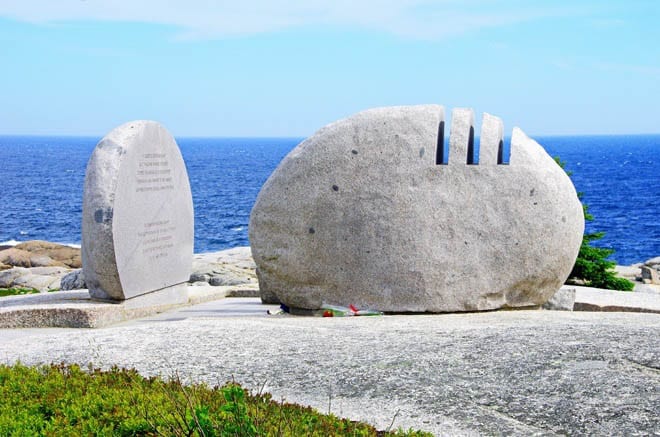 The one way distance between Peggy’s Cove and Hubbards is 47 kilometres.

Other points of interest include white sand beaches and small coves that offer photo opportunities. 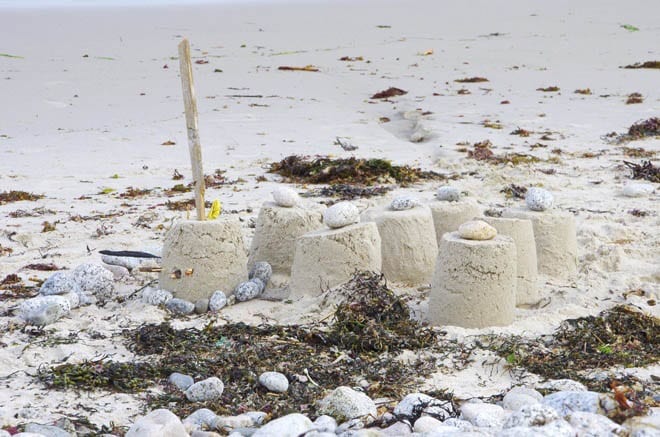 Another full day’s bike ride takes you 78 kilometres around the Aspotogan Peninsula near Hubbards.

It’s a quieter road that the one to Peggy’s Cove and still very scenic. You pass through a number of small fishing villages including Northwest Cove, Aspotogan and Blandford. You may want to get off your bike at Bayswater Beach for a stroll; nearby is the second memorial for the Swiss Air flight. Don’t miss a bowl of chowder at The Deck Restaurant, a few kilometers north of Blandford. 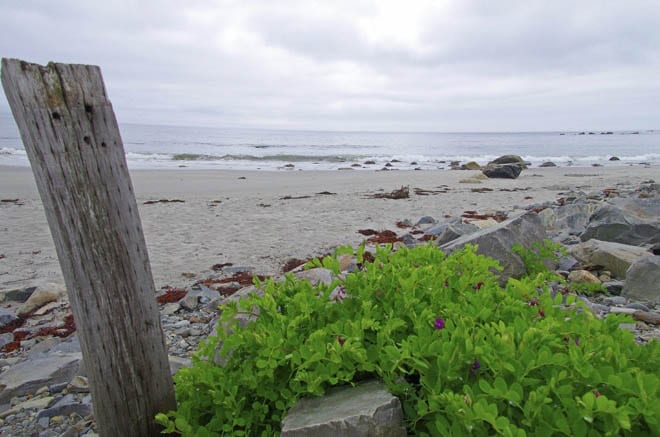 Empty beaches on the Aspotogan Peninsula 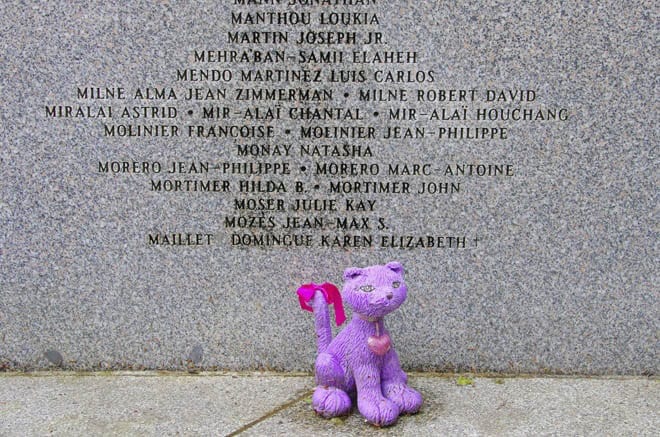 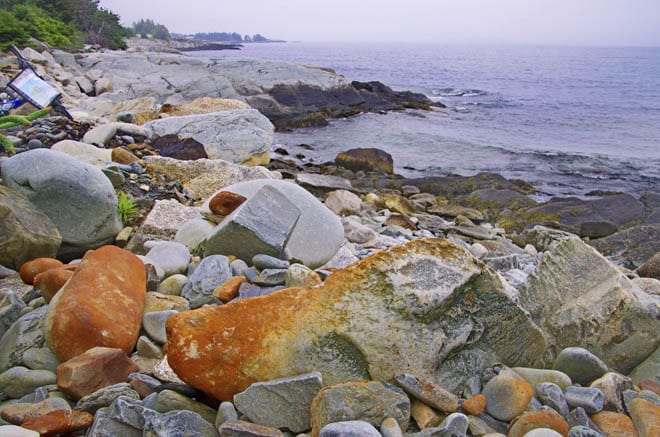 Scenic views even on a dull day 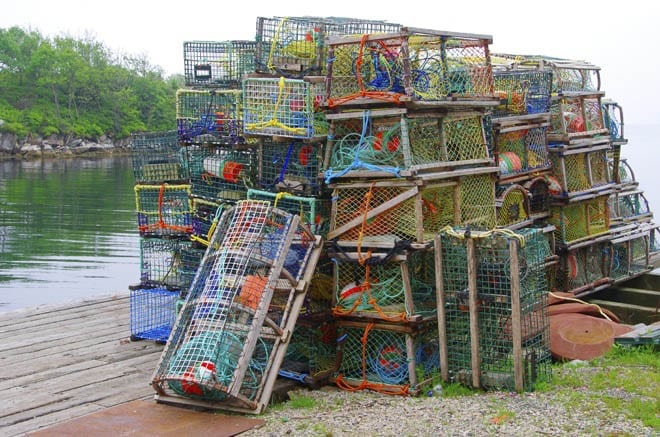 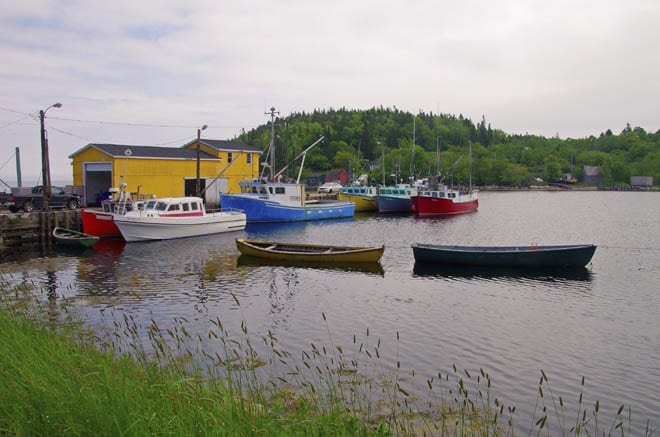 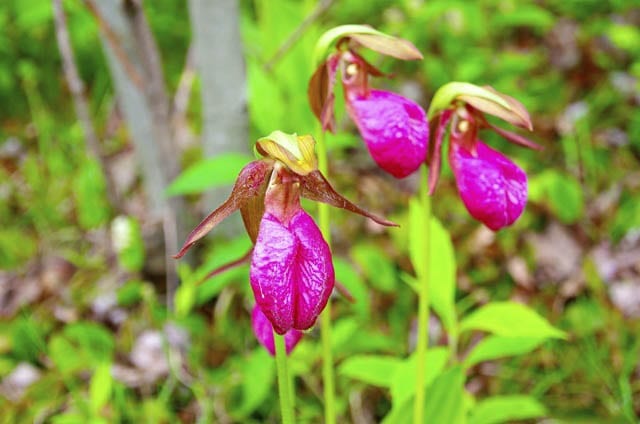 Wild flowers growing along the edge of the road 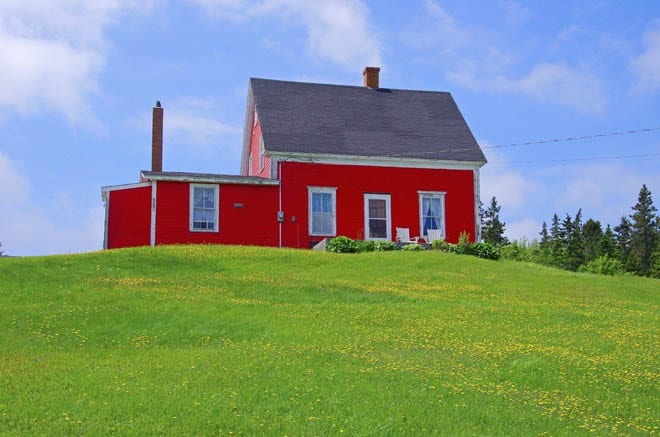 It was dandelion season when I was there 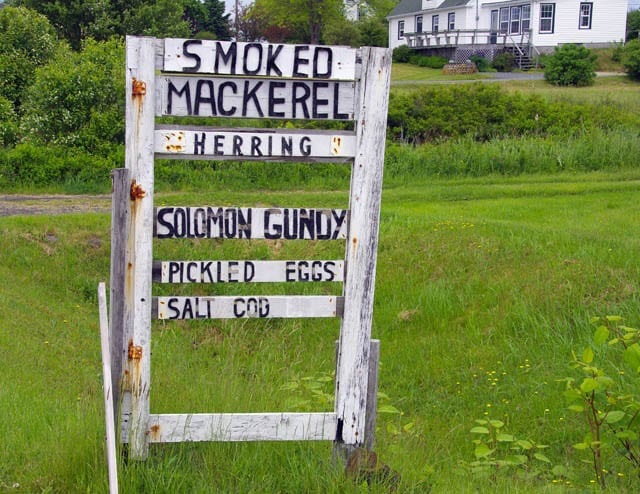 Have you had Solomon Gundy? 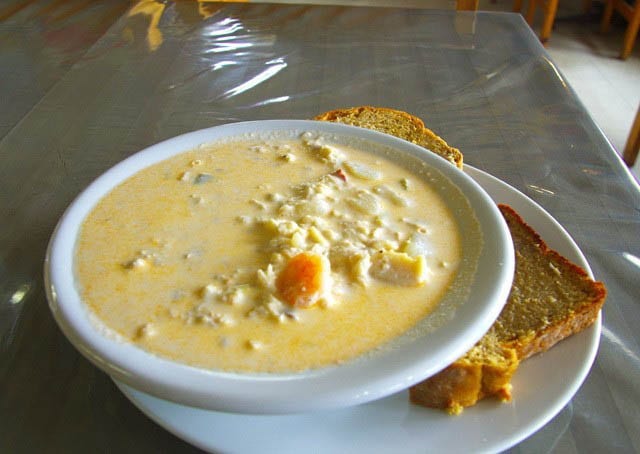 The Chester area itself is pretty but I don’t think the road between Chester and Mahone Bay is anything special. I opted to drive to Mahone Bay and do a day trip out of there.

Chester though warrants a visit. It feels a bit like Niagara-on-the-Lake in Ontario if you’ve ever been there – all manicured lawns and gardens and plenty of old money around. Stay at the Mecklenburgh Inn where you’ll be well taken care of by Suzi, the owner and gourmet cook extraordinaire and don’t miss the best lobster roll I had in Nova Scotia at The Rope Loft, down on the water. 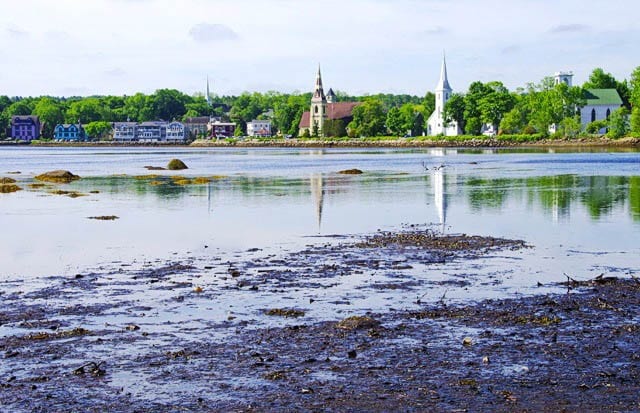 The three churches in Mahone Bay 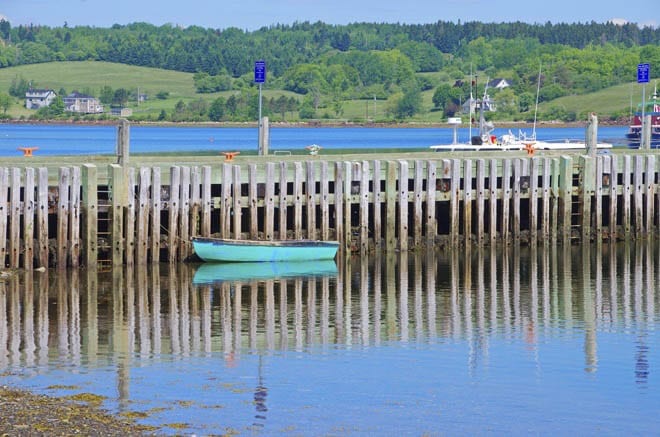 I loved the colourful scenes along the water 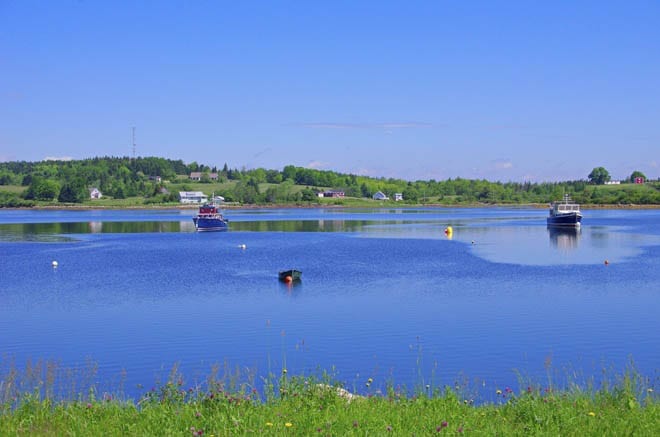 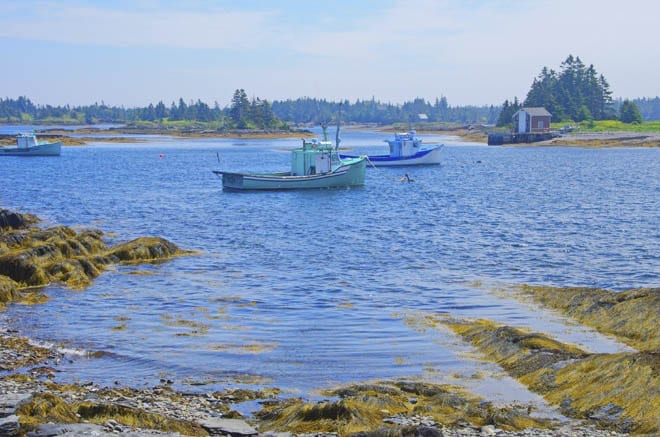 You could easily spend a day in Lunenburg wandering around the neighbourhoods with a camera in your hand. It received UNESCO Site status because it is the best surviving example of a planned British Colonial Settlement in North America. There has been a real effort on the part of the locals to preserve the heritage of the town and in fact some of the houses date back to the 18th century. 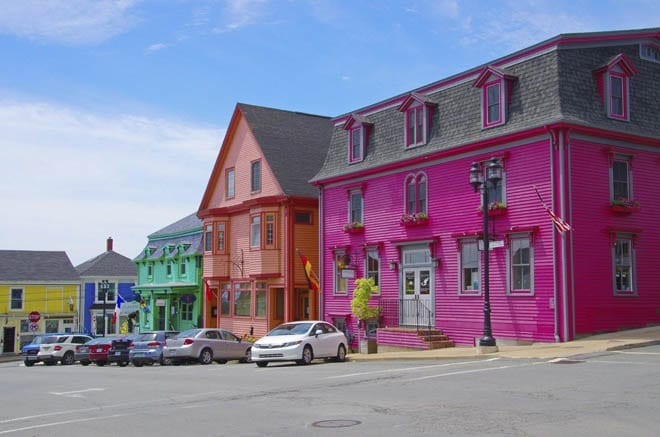 The architectural details in the Lunenburg houses are exceptional 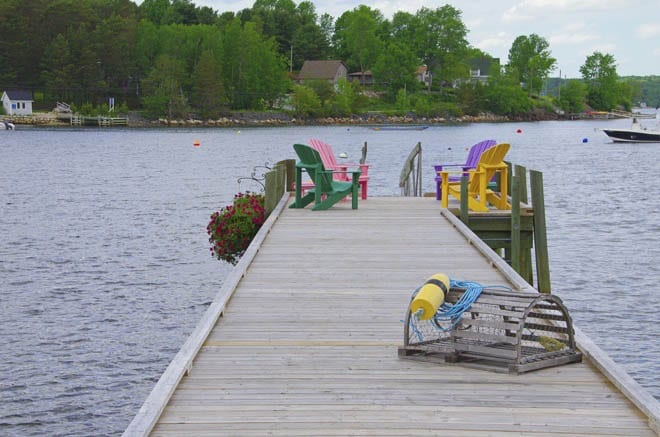 The only thing missing is sunshine

If you enjoy kayaking don’t miss a trip out of Mahone Bay in protected waters. 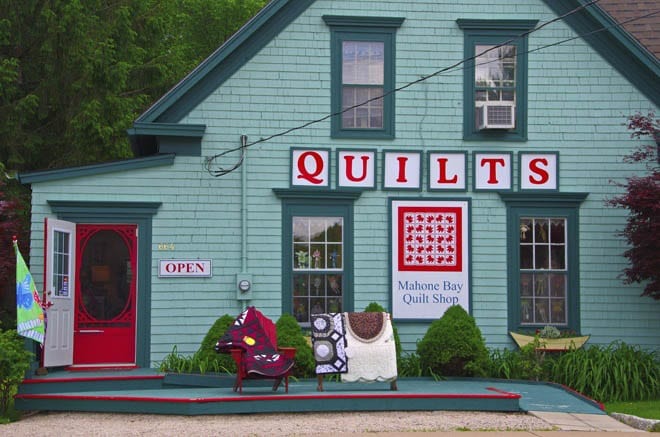 Other possible day trips along the south shore of Nova Scotia I didn’t do include:

There are a number of companies that offer bike tours in the area. Freewheeling Adventures and Pedal and Sea Adventures are two locally run and operated companies. Randonnee Tours also runs a trip.

Have you been to Nova Scotia’s South Shore? 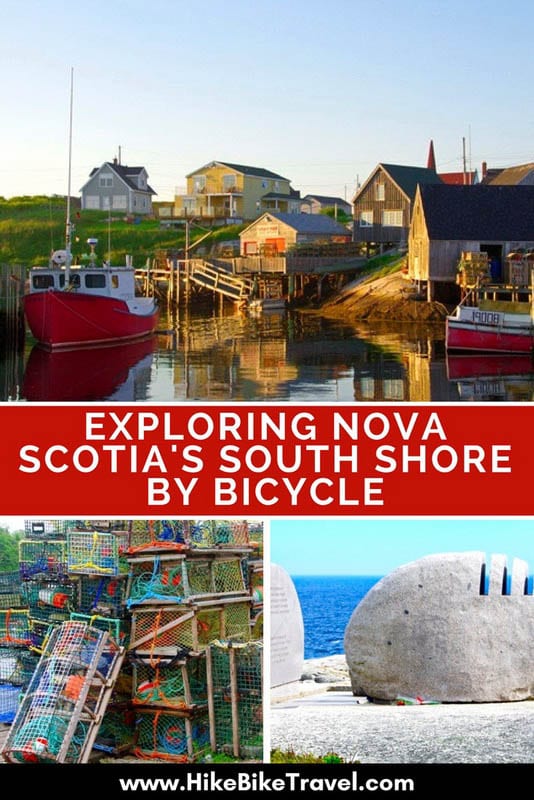 Other posts that may be of interest.

9 Not to be Missed Outdoor Adventures in Nova Scotia

I love Nova Scotia for the variety of scenery, it's wonderful people and the plethora…

5 of the Best Bike Rides Around Calgary

We're extremely lucky when it comes to biking in Calgary. According to the City of…