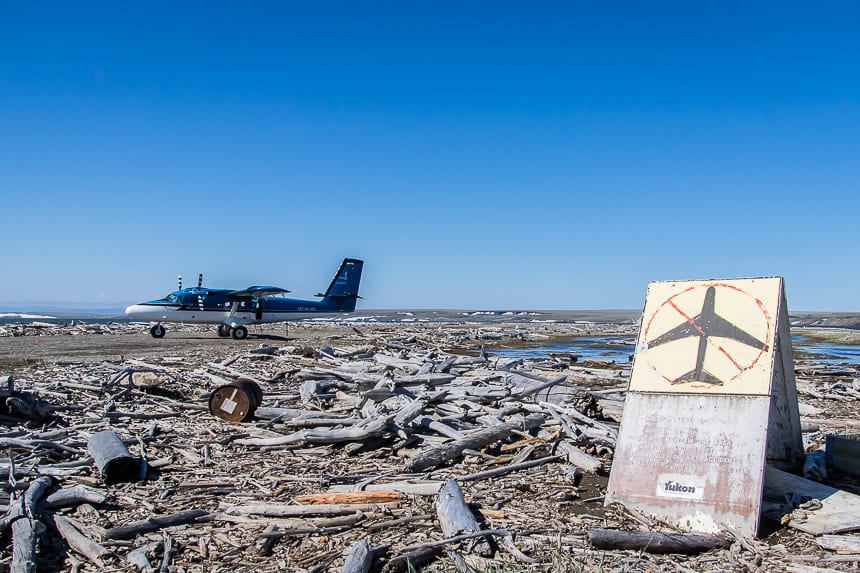 Herschel Island – Qikiqtaruk Territorial Park is not a place many people ever visit. With a location in the Bering Sea, five kilometres off the coast of the Yukon, and a 90 minute Twin Otter flight from Inuvik – the closest city of any size, it’s not what you would call an easy place to get to.

Also Lady Luck needs to be on your side as both Herschel Island and Inuvik can be shrouded in fog for days at a time.

Our group of eight (who were off to Ivvavik National Park for five days) got very lucky. After waiting for three hours at the airport hangar in Inuvik we finally got the go-ahead.

The flight itself is worth the trip alone, at least if you love to fill in the blanks on a map. Inuvik is located on the Mackenzie River, the longest river in Canada so for me it was a delight to fly up the river and see it finally discharge into the Arctic Ocean.

From the air, the river looks like a highway. On the way to the island we were also treated to the sight of beluga whales and pack ice. The only thing missing was a polar bear and reportedly there was one on Herschel Island.

The plane landing on Herschel is a thrill!

Landing in a Twin Otter is a thrill. The 260 m (850 feet) runway on the island is lined by large pieces of driftwood so the pilot must do a fly-by to make sure it’s clear. Although the landing was a tad bumpy I swear we came to a complete stop in roughly 300 feet.

We were met at the plane by Ricky Joe, the chief ranger who’s been stationed on and off at Herschel Island – Qikiqtaruk Territorial Park for somewhere between 10 and 11 years. A couple of summer researchers come to meet us too – mostly because it’s a treat to speak with someone new when there are only a handful of full time residents for the summer. (The researchers hail from all over the world.)

A little history about the island

Scampering over pieces of driftwood, trying to avoid getting our feet wet, we follow Ricky around to the Northern Whaling & Trading building where our informal tour begins. In the 19th century this island was a whaling station. Between 1893-1894, at the height of the Beaufort Sea whaling period, there were 1,500 seasonal residents, more than any other town in the Yukon.

They were there for the bowhead whale which according to one of the pamphlets says “the baleen from the bowhead whale had flexibility and strength and was used to make buggy whips, parasol ribs and corset stays.” The market for whale oil was also excellent.

We visited all the other buildings open to the public – including the sauna which is one of the few luxuries for the summer residents. There are display cases full of interesting things like the skulls of animals found on the island, whale bones and old implements.

Boards with descriptions and photos of all the wildflowers that call the area home are on the wall, along with loads of historical photos.

You can read about the people that have lived on the island – from the Thule people living here about 1,000 years ago to the whalers, the missionaries and the North-West Mounted Police. There’s information on how people dressed along with examples.

And interesting explanations about the monitoring of the black guillemot population nesting on Herschel Island are there if you have the time for a read. The reality is three hours goes fast when there’s so much to see and take in.

You’ll want to spend at least an hour just wandering around taking pictures, looking for birds and wildflowers, admiring the seals off in the distance and of course sitting around and drinking tea, in an old building brimming with history.

An amazing day trip from Inuvik

If you are visiting Inuvik, I would highly recommend allowing a day to visit the island. It’s like nowhere else you’ve been.

Dress warmly though as the winds off the ice are cold. And if you’re visiting the base camp in Ivvavik National Park, there are options on some of the trips to include the stop on Herschel Island. Do it.

From Herschel Island we flew 20 minutes south to Imniarvik Fly-in Base Camp.

For more information on the park visit their website.

Further reading about things to do in the Yukon 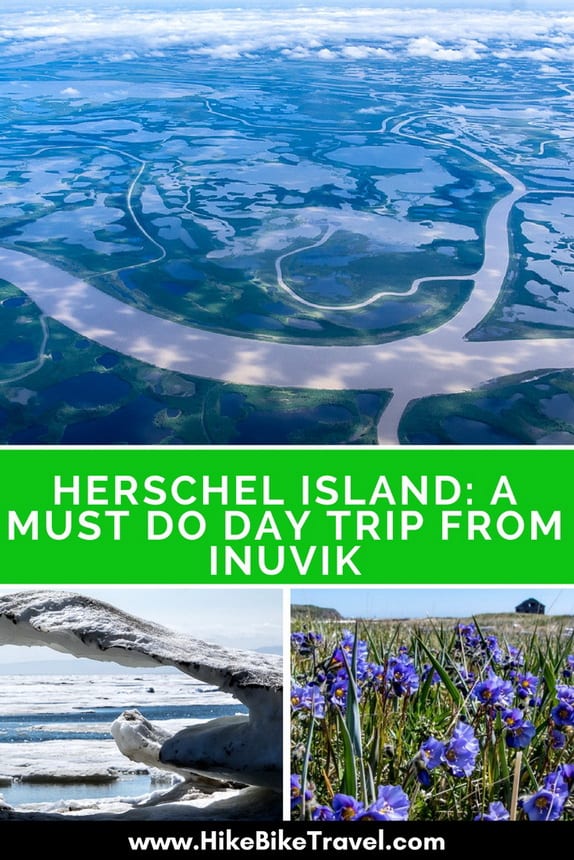 A huge thank you to Travel Yukon and Parks Canada for making this trip possible. It was an awesome, bug free experience!