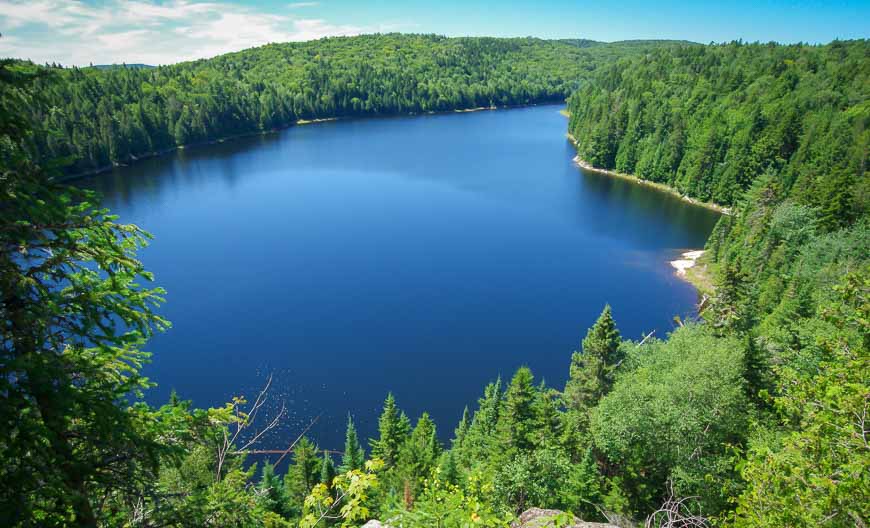 The hiking in La Mauricie National Park in Quebec took me aback. First, it was way more beautiful than I expected. And the hikes that were labeled moderate, turned out to be on the tough side of moderate.

I think because I live near the Rocky Mountains, I figure nothing can be quite as hard in comparison. I was proved wrong on this hiking trip in La Mauricie and again hiking to the summit of Le Mont Albert in Gaspé National Park.

I had headed into La Mauricie for the purpose of kayaking Lake Wapizagonke – which I did but I definitely got sidetracked for about four hours. I had been given a brochure of the park and pulled over to check out where the kayak launch site was located.

But first I glanced at some descriptions of hiking trails. They looked intriguing and basically I got sidetracked. One trail in particular caught my attention – trail #15, otherwise known as the Lac du Pimbina trail. There was a suggested time of 5.5 hours to hike it but I figured I could easily knock off the 13.1 km in four hours or less.

What I hadn’t bargained for was how rugged much of the trail turned out to be. There was loads of up and down, and on one occasion ropes were in place and much needed for a steep descent.

The route for the Lac du Pembina hike

The Lac du Pembina trail winds its way through woods and past five lakes in total – each one more seemingly more beautiful than the next one.

There were four lookouts along the trail and the views down the lakes were outstanding. You’ll find lookouts at Lac Solitaire, Lac Benoit, Lac aux Chevaux and Lac du Pimbina.

Go for a swim in Lac du Pimbina

By the time I got to Lac du Pimbina I was ready for a swim. The waters are an ideal temperature for swimming by the time mid-July rolls around – and there were a few people taking advantage of the lake.

For a beautiful summer day, I was surprised that I saw very few people on the hike until I was just a kilometre or two from the end.

I ended up taking a solid four hours to hike the trail – with stops only to take pictures and cool off my feet. As much as I thoroughly enjoyed every minute of the kayaking, I am very glad I took the time to see another side of La Maurice National Park. 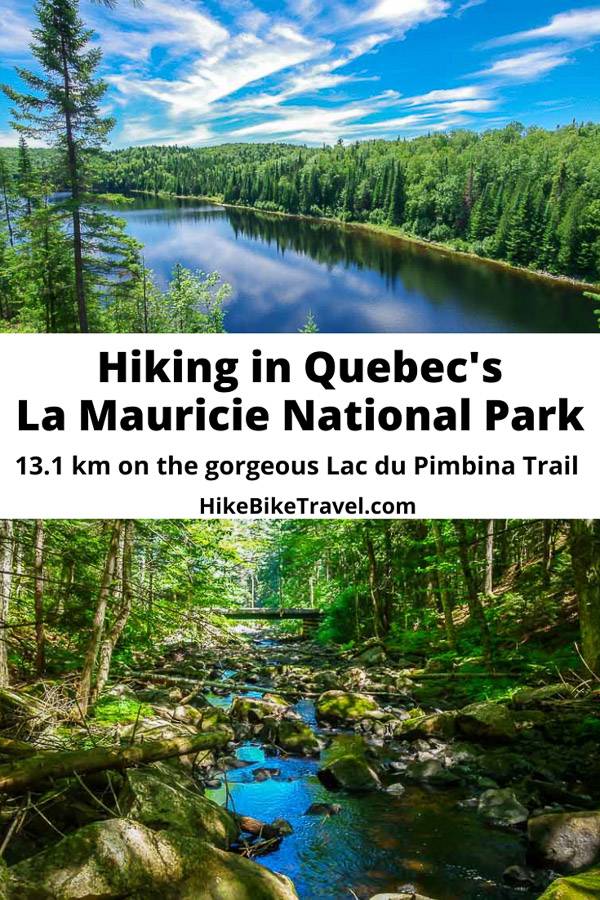 If you love a good waterfall hike, then put the Ribbon Falls hike in Kananaskis…

Easy Kananaskis Hikes Everyone Will Love