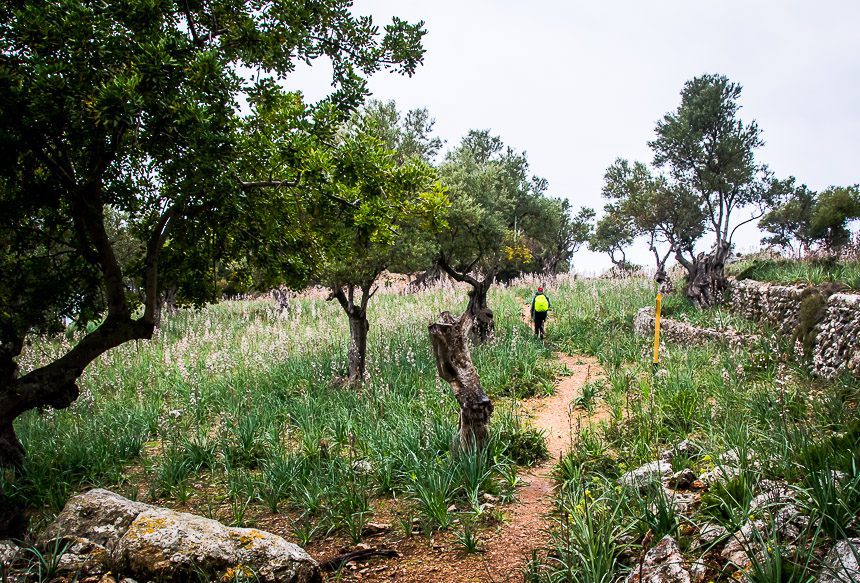 The second and third days of our hike on the GR221 in Mallorca were easy half-day hikes so I’ve combined the two of them in this blog. Strong hikers should have no difficulty doing the full distance in one longer day.

On the first day we hiked the GR221 from Estellencs to Banyalbufar – a distance of 9.75 kilometres with a total elevation gain of just 340 metres. It took us approximately 2.5 hours to do it.

The hike to Banyalbufar

The hike was easy to Banyalbufar. There was some elevation gain initially, but just enough to get the heart rate up. Most of the hiking was in the woods. Over the few hours we walked through a couple of rather grand estates filled with olive groves.

We chose a slightly longer option that deviated from the GR221 but took us to the Plancia Estate filled with the gnarliest olive trees I’ve seen.

This estate was purchased for the public to prevent footpaths from closing – as is what has happened in the past. Although the manor house is closed, there is hope that with funds it can open as an educational facility.

The town of Banyalbufar

Unfortunately it rained most of the time we were in Banyalbufar so it turned out to be a good day to only hike for half a day. The town itself is very pretty – especially with its physical location 100 metres above the sea.

People visit this mountain village to see the marges or terraced hillsides. They literally cover the mountains – with John and me counting 22 layers in one place.

According to On Foot Holidays – the company who organized our trip – until recently it was the custom for each generation to add a further tier. Some of the dry stone walls are disintegrating and it makes you wonder if it was a lazy bum trying to get out of doing his share of the work years ago.

We stayed at Hotel Son Borguny, a delightful B&B with one of the best rooms and views on the trip. We also ate here – both dinner and breakfast and loved the atmosphere along with the cooking.

On our third day we hiked from Banayalbufar to Esporles, a distance of only 7.5 kilometres with an elevation gain of 400 metres. You can see why I say it’s very doable to combine these two days.

Although we finished our hike in Esporles we took a pre-arranged taxi from Esporles to Valdemossa. The GR221 is closed between Esporles and Valdemossa because of a land dispute.

On the way to Esporles we did take a few hours to explore La Granja – a Mallorcan country estate that was incredibly self-sufficient. It’s a tad touristy but the property is very beautiful with lovely gardens, walking paths and old trees. From here it’s only about a 30 minute walk to Esporles. It’s also possible to have lunch at the estate.

From Esporles it was about a 30 minute drive to our hotel in Valldemossa via winding roads that could leave some people feeling car sick. The cyclists we saw – and there were plenty, were having a great time on the downhills.

We stayed at Es Petit Hotel, just a few minute’s walk from the city centre. The rooms were truly lovely and so were the views from the room. We could in fact see all the way to La Palma.

All told these two days of hiking on the GR221 took only 5 – 5.5 hours to do. If it was me organizing the trip, I’d opt to do it all in one day. But the fact that it poured rain the afternoon that we were in Banyalfubar made up for taking two days. These two days were the easiest of the eight hiking days.

The walking on this section of the GR221 wasn’t as stunning as the first day though overall very pleasant. It was especially beautiful heading out of Banyalfubar with stunning ocean views in our line of sight for quite some time.

I also loved all the gardens, and of course the omnipresent olive trees. Its hard to believe there are so many pretty little towns – all well-kept on the island of Mallorca.

The Postman’s Path, with its thousands of perfectly placed cobblestones under a canopy of bowed trees was also a highlight on this part of the hike.

Further reading on the GR221 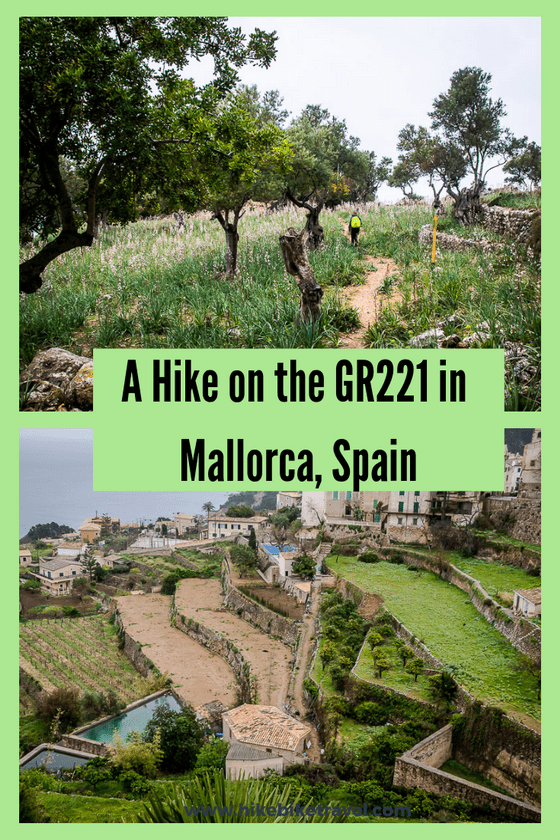