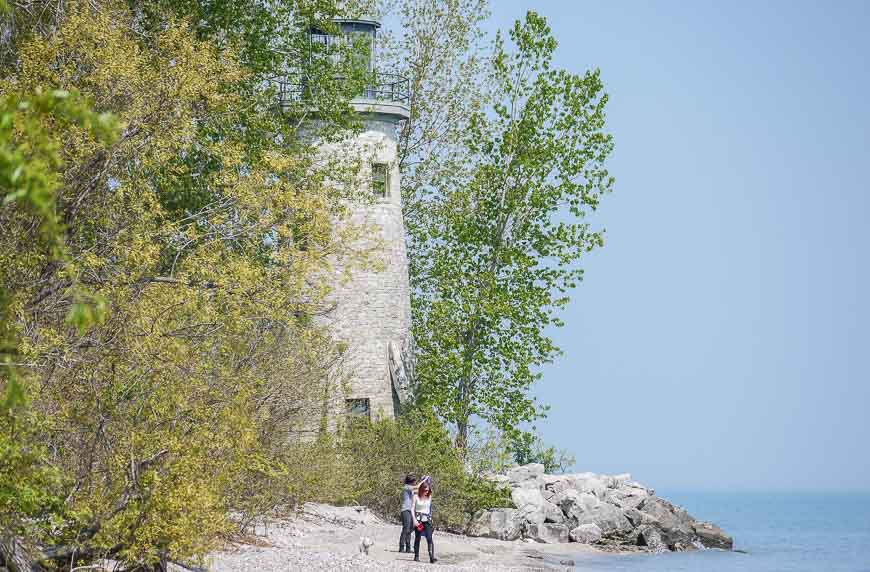 A weekend or more on Pelee Island, the southernmost inhabited spot in Canada, is a great place to try out the concept known as slow travel. And that’s just what my husband and I, along with my mother-in-law, did over a weekend in May. This is a place where time stands still. Cellphones don’t always work. And forget looking for wireless for your computer.

But there are plenty of things to do if that’s what you want. Or you can very easily and quite happily do nothing. Pelee Island is not a place to come looking for nightlife and excitement. Instead think birds and beaches, vineyards, quiet forest trails and friendly locals. And the three R’s – reading, relaxation, recharging.

Where is Pelee Island?

The ferry to Pelee Island

Interestingly, on our return the ferry captain made an announcement that we would travel to Kingsville, not Leamington, about 14 kilometres further west. I’m not sure how often that happens.

You can also take a seasonal ferry to the island via Sandusky, Ohio, a town roughly half way between Cleveland and Toledo. Call the same number noted above to make the reservation. That ferry ride is ¾ hours long.

What can you do on Pelee Island?

On a warm May weekend there seemed to be as many cyclists and walkers as there were cars getting off the ferry. Young people headed for the beach with coolers full of beer. Cyclists headed off to explore the island. We began with lunch.

Conorlee’s Bakery and Delicatessen was stop number one. We figured that any restaurant with the world bakery in it, was worth checking out. And this one did not disappoint. We arrived at the bakery via a short drive from the ferry past the Stoneman, a testament to island perseverance, and the shoe tree, a testament to we don’t know what.

The bakery was great. Picnic tables set up under shady trees, allowed you to eat while watching the numerous Baltimore orioles feeding on oranges set out in the tree.

Offerings of freshly made soup, made to order sandwiches, deli items, salads and baked goods ensured we were well fed and ready to continue exploring.

It was a toss-up on how to spend the rest of our first day on the island – sleep and read or bike Pelee Island. My husband and I decided some exercise was in order so we rented bikes for a few hours from Comfortech – a bike shop located across from the ferry pier. With map in hand, though one could never really get lost, we set off to ride the circumference of the island.

It’s a flat 31 kilometre ride on a combination of paved and dirt roads but super easy and very doable in about two hours.

Along the way we saw numerous purple martin houses and many people mowing vast expanses of lawn. I’d heard good things about the Gathering Place B&B so we stopped in to check it out and ending up chatting for some time with Liz, the friendly co-owner of the beautifully restored 1893 limestone house. This B&B would also be an excellent choice.

We made a stop to check out the views from the shore at Sheridan Point …and saw our first snake on the island. Snakes LOVE Pelee Island. It’s even been called a Herper (snake lovers) mecca. It’s lucky my mother-in-law didn’t know that about the island before we got there.

The island has a huge density of snakes including the elusive Blue Racer. We saw two live snakes in total and several dead ones on the road. If you’re a swimmer, look out for the Lake Erie Water snake. Fortunately they’re not too common.

Pelee Island Winery is worth a stop. On the way there – as part of our bike ride, we passed three Mennonite kids, who were incredibly polite and lovely. They offered their mom’s freshly baked donuts at a roadside stand at a price of .75 each. My husband proclaimed them delicious.

Pelee Island Winery is a major destination for island visitors. Not only do they offer wine tastings and tours, but you can choose a cut of meat and they’ll grill it for you – for lunch or for dinner. Pick up a bottle of wine and you have a perfect meal.

Fortified by our three tastings, we continued on our bikes to the Fish Point Provincial Nature Reserve. And what a delight it was. Nearly one sixth of Ontario’s plant species are found here – including prickly pear cactus, Hop trees and swamp rose mallow.

I was thrilled to catch the tail end of the trilliums blooming. Masses of them carpeted the forest floor, turning from white to pink as they aged.

It’s a mile on foot or by bike out to Fish Point and if it’s a hot day I’d recommend a bathing suit so you can enjoy the beautiful beaches.

The Lighthouse on Pelee Island

We seemed to move on to island time with ease though there were still a few things we really wanted to do on our last day. One was to check out the old limestone lighthouse at Lighthouse Point. It was built in 1833 and was put on the Lighthouse Digest Doomsday List of endangered lighthouses.

Fortunately, enough concerned individuals banded together and with the help of some government funding raised funds so a full restoration could take place. The restoration was completed in 2000 and now there’s one very handsome lighthouse standing with a view to the Canadian mainland.

The trail to get to the lighthouse is noteworthy – at least during the spring migration. The air is filled with birdsong to an extent I’ve never experienced before. It was like listening to a CD that never stopped. It was absolutely wonderful.

There were more warblers in the trees at noon that I ever would have thought possible. In the space of minutes we had seen the Blackburnian, chestnut sided and magnolia warblers – a real thrill if you’re a birder.

Along the way to the lighthouse we passed swampy sections with turtles galore basking in the sun. And all of this was only a ten minute walk from the B&B.

We stayed at the very lovely Wavecrest B&B. It’s run by Thom and Barry, a couple who fell in love with the island twenty years ago. They built and decorated this B&B so that it offers Lake Erie and/or pond views from every bedroom.

Located on a sandy beach and just minutes from the trails to Lighthouse Point, you couldn’t find a nicer spot on the island. Add in a 6 PM happy hour with local wines featured, a delicious breakfast and friendly hosts, and you have a real winner.

Since writing this post the B&B is closed but fortunately there are many other B&B’s that are also lovely. I’d recommend The Gathering Place.

And that was our weekend. I think many of us could use more island time but at least we got a taste of it. 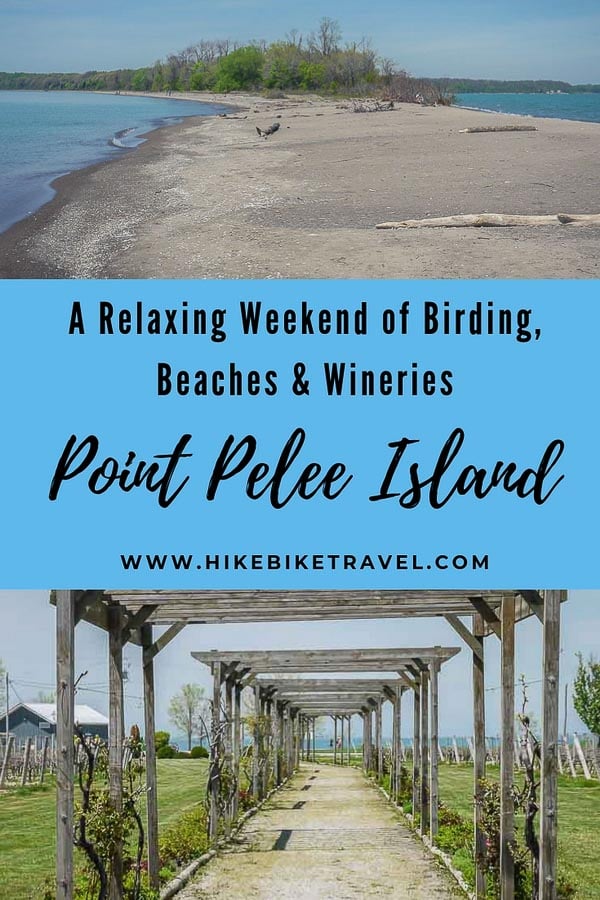 A Girl’s Getaway to Quetico Provincial Park in Ontario