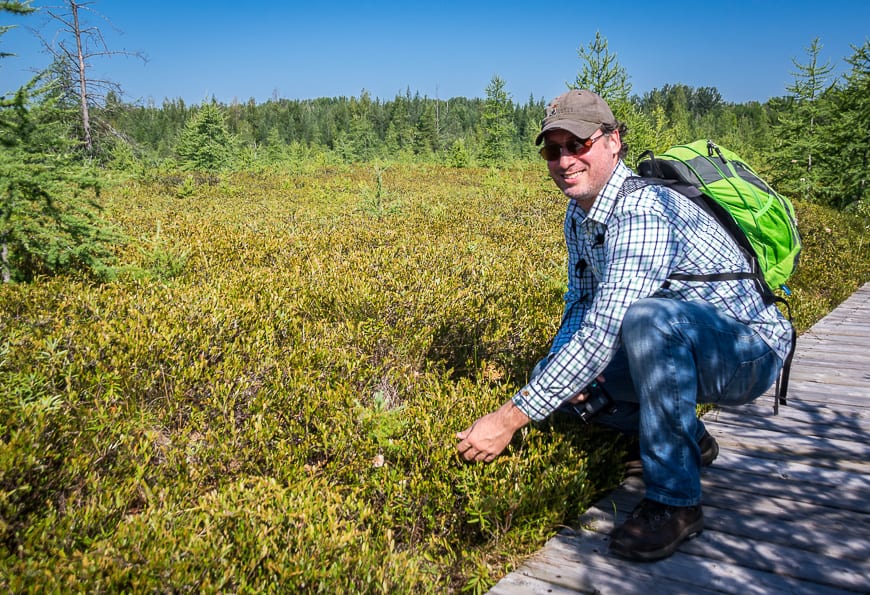 A  bog, a receded continental ice sheet and isostatic rebound: oh…. oh…. this going to be boring. Surprisingly not – read on to learn about Mer Bleue, a nature hot spot just minutes from downtown Ottawa.

Leigh and I were greeted at Mer Bleue by the very keen, engaging and knowledgeable Owen Clarkin, Chair of the Conservation Committee of the Ottawa Field Naturalists Club.

A hiking tour of the Mer Bleue bog

After our greeting, we ambled a short distance from the parking lot onto the boardwalk and the feeling of peace and calmness soon was over us. Nature does that to you. Looking over a sea of green Owen, a specialist in shrubs and trees, starts pointing out the truly amazing diversity of bog thriving plants.

But some of the residents are unwelcome invaders including enemy number one; purple loosestrife. Although attractive it lacks natural controls so “we” have imported a beetle that selectively eats it. Let’s hope this is a well thought out idea.

What happens when you add a mile of ice

So Mer Bleue is a bog; unusual in that water flows out of the bog but other than the runoff from the immediate side hills no water flows into it. So how does that happen? Well first you add at least vertical mile of ice like we had in the last ice age which actually sinks the earth’s crust about 175 metres. Then you melt it, (not the crust – the ice) say about 9,000 years ago and have torrents of meltwater rushing to sea in an earlier version of the Ottawa River…

Just a second, Owen is pointing out a red pine; surprisingly a recently discovered species in this area. We listen and look spotting Labrador tea, some serviceberry and several “ain’t never seen that befores”. We amble and continue the “what’s this?” series of questions.

Back to the torrents of the early Ottawa River rushing to a sea called the Champlain Sea because…… the weight of the recently departed ice sheet sank the crust so much the area around Ottawa was under the ocean. In fact, they have found beluga bones in the Leda clay deposited in that sea AND even found humpback whale bones near Smith Falls.

How the Mer Bleue bog came to be

So as the ground isostatically rebounded (you could also say “rose”), the sea retreated and the Ottawa River shifted more to the north abandoning its channel. The land and this abandoned channel continued rising and eventually plants (and animals) moved in. But, because the area just happened to drain poorly it became a bog. And because the land rose high, water drains out not in!

As we continue around the one kilometre boardwalk, we learn that there are hundreds of plant types in the bog. This deflates us a bit because the inadequacy of our note taking and fallible memory is starkly realized. Moments later Mother Nature serves up undeniably interesting berries, blooms and foliage and we are keeners again.

Standing there soaking it all in (not literally unless you fell in the bog) there is a great sense of appreciation that despite historic failed attempts to drain the bog that some fine people had the foresight, energy and dedication to preserve this unusual ecosystem. It has actually been designated an “internationally significant wetland .”

The boardwalk is in fine shape and you could easily spend a couple of hours meandering the easy one kilometre circuit getting lost in the diversity. One other parting thought: we are only 10 kilometres so from Ottawa but there isn’t the faintest hint of city. There is a geological explanation for that but that’s for another day.

For more information about the bog visit their website. 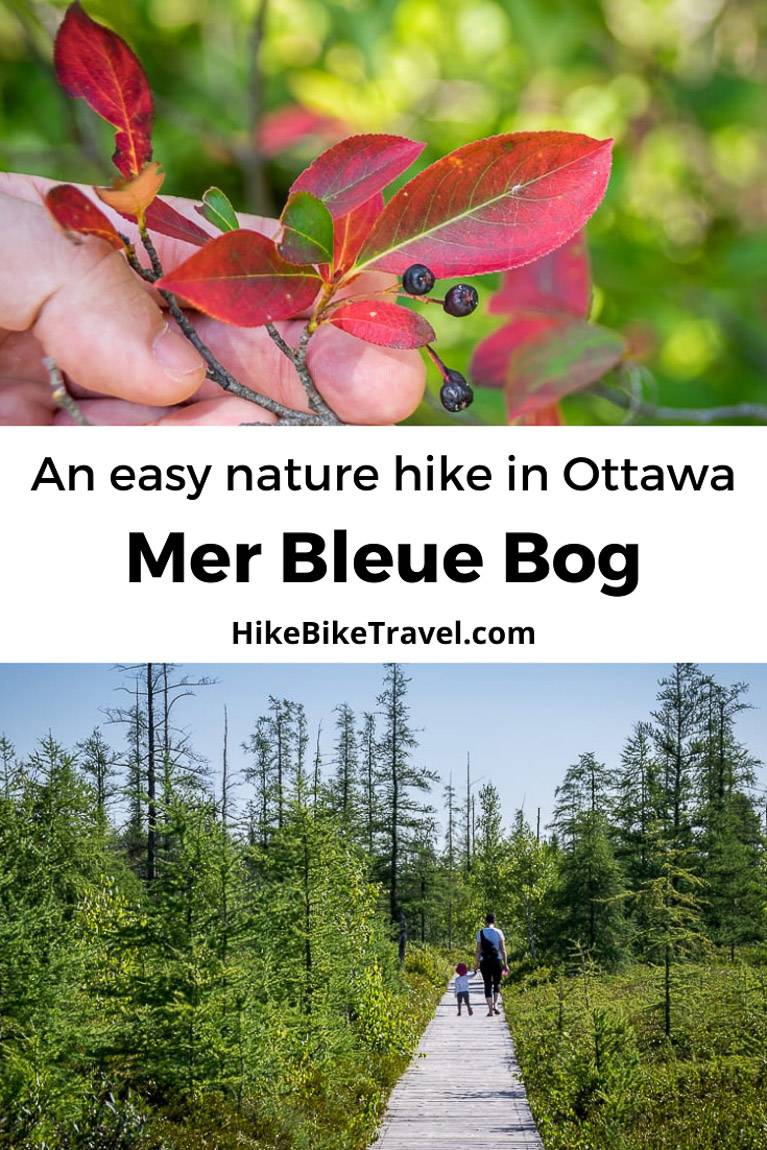 A big thank you to John, my husband for writing this blog and to Ottawa Tourism for hosting us.