One of Nova Scotia’s great day hikes has got to be the hike to Cape Split, just a 40 minute drive from Wolfville. It’s not a knock your socks off kind of hike – that is until you get to the end of the trail. And then the views will literally take your breath away. 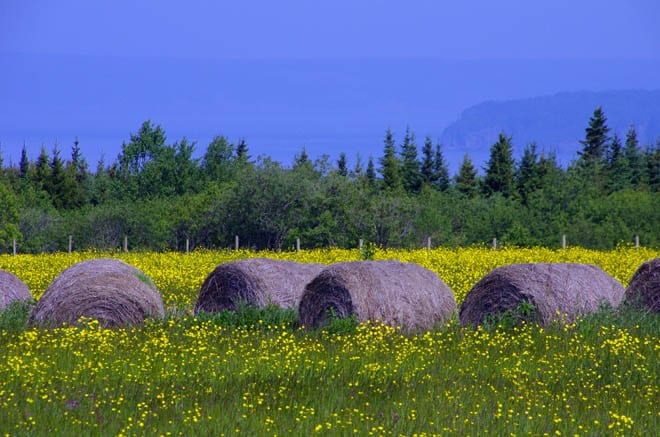 A view of Cape Split off in the distance 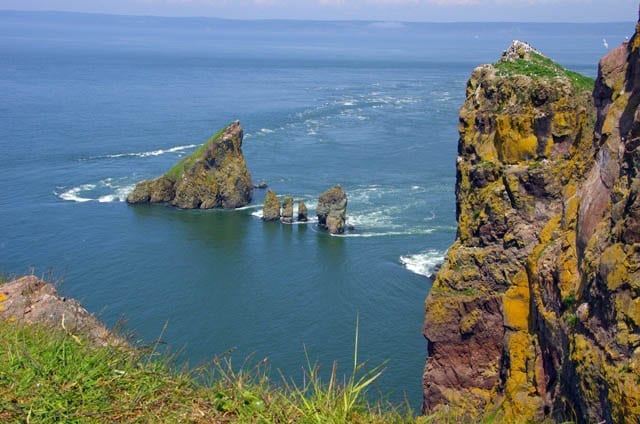 A view of The Spires off of Cape Split

The main hike (as opposed to the more treacherous but not recommended hike along the coast) takes you inland for eight kilometres all the way to the tip. For the first 30 minutes or so it’s really not very interesting.

But then you start to climb a bit and the woods thin presenting a forest with a much more open feel. Plus you start to get peek a boo views of the water. I can well imagine in fall once the leaves are gone that it would have quite a different feeling. For two weeks in May the wildflowers through the woods are supposed to be excellent. Keep an eye out for the Cape Split Purple Trillium in the spring.

There are a number of side trails off the main trail – taking you out to a cliff edge. Exercise extreme caution as these cliffs are continually eroding and not very safe. 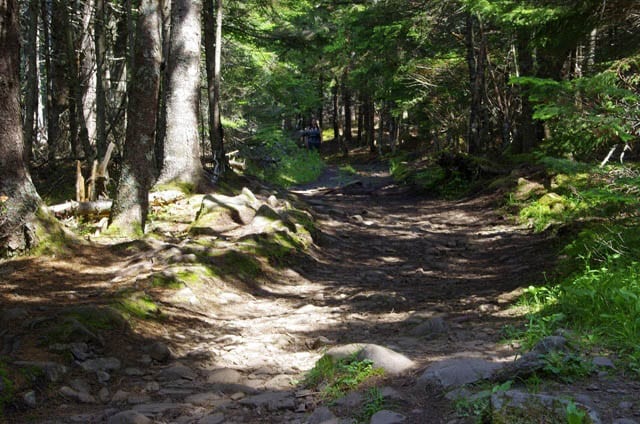 The first 30 minutes of the hike isn’t very interesting 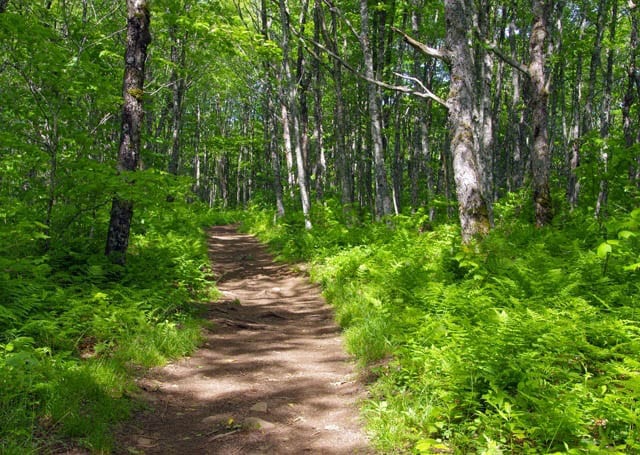 The trail opens up after 30 – 40 minutes of hiking 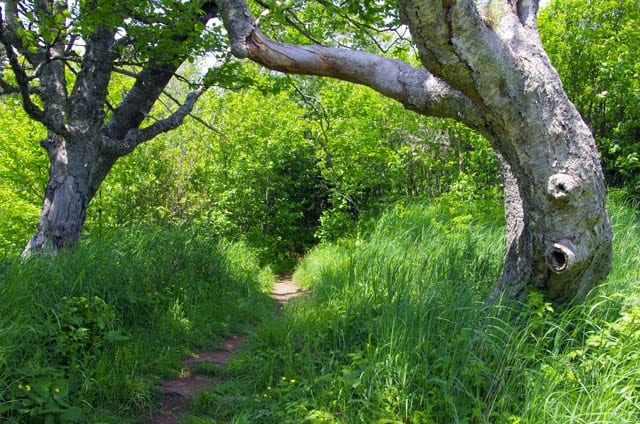 It really isn’t until the very end of the hike that you get the view – and it’s the whole reason for doing the hike in my opinion. On a Sunday afternoon there were probably two dozen people up enjoying the scenery along with a picnic lunch. 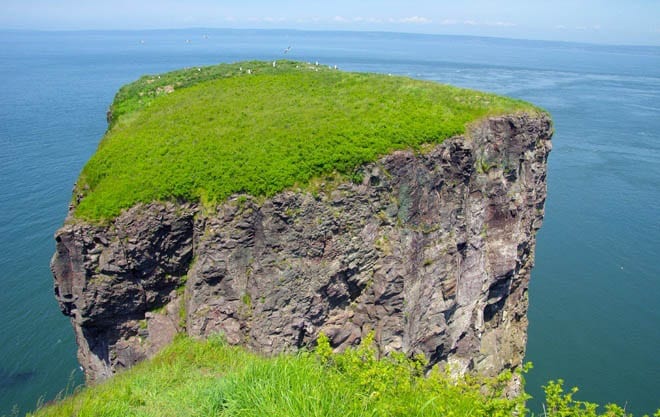 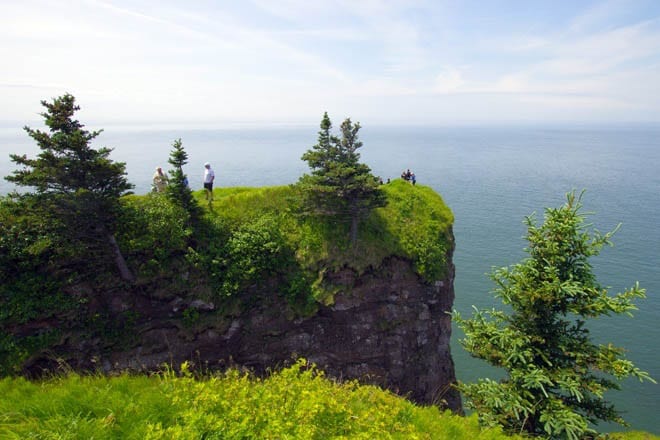 People look precariously perched depending on your vantage point 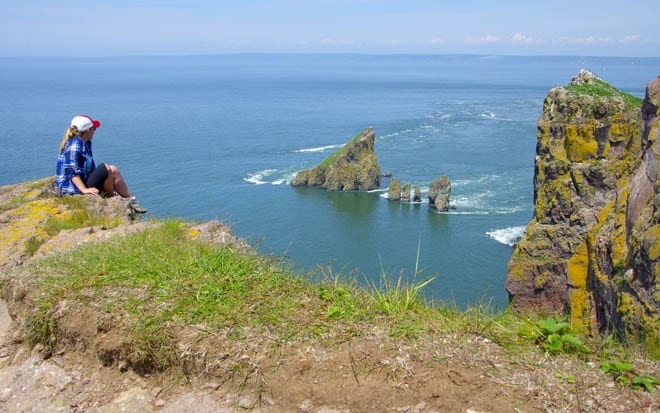 She made me nervous sitting at the edge 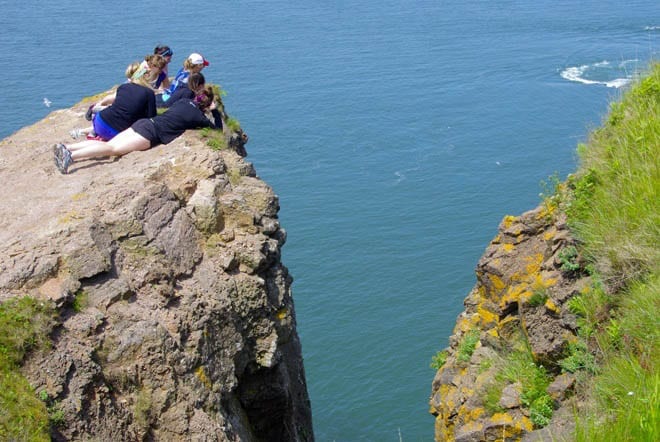 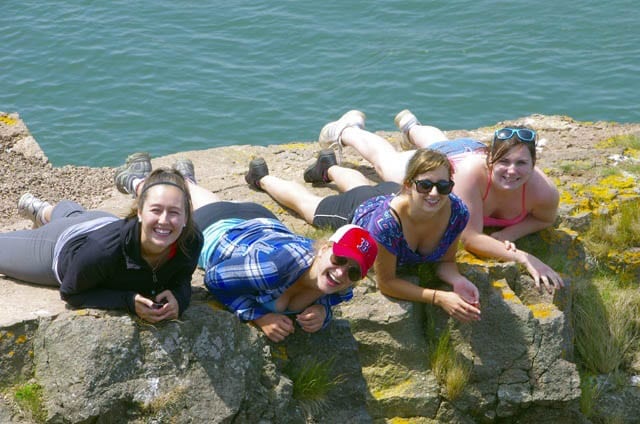 I felt like their mother – worrying about them at the edge 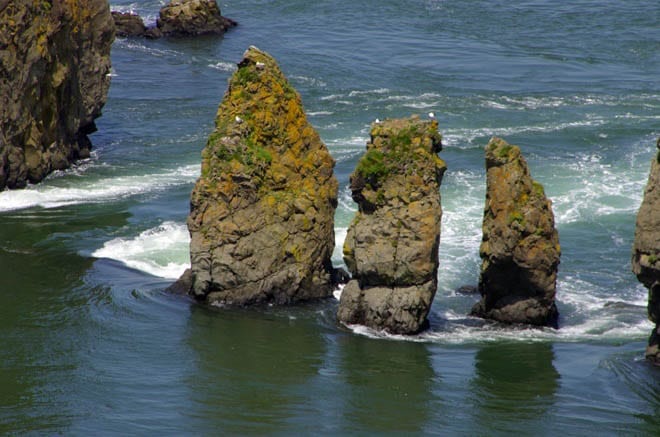 The gulls were in abundance – but the little ones still hadn’t learned to fly. I saw a few of them make a couple of feeble attempts but not much happened – and rather a tough start to flying when you’re at the top of a 200 and some foot cliff. 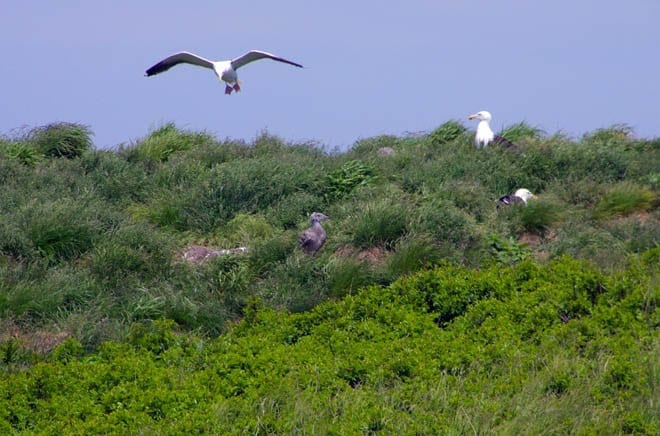 Gulls nesting at the top of the cliffs 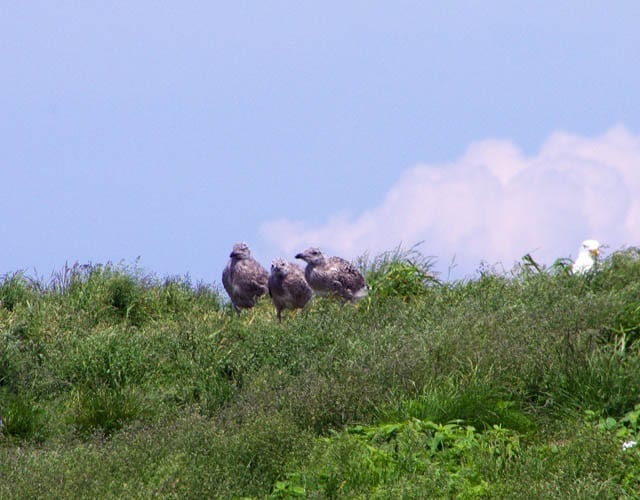 There is safety in numbers 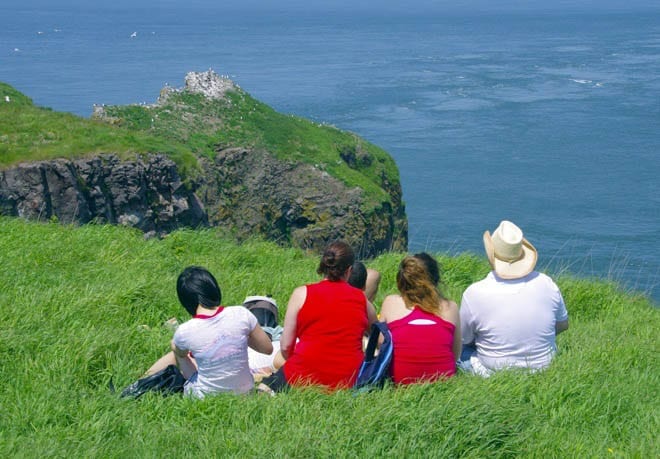 The hike to Cape Split is a great family hike

Distance and time needed for the hike

Although the hike to Cape Split is reported to be eight kilometres one way it doesn’t feel that long. In fact the signs suggest allowing 4-5 hours but I did it quite comfortably in 75 minutes each way. Leashed dogs are allowed on the trail. I saw one idiot on an ATV and I have to think he was breaking the rules though he said otherwise.

When and if you go try to time your arrival at the tip with the mid-point of the incoming tide. The turbulent tidal currents can be heard for miles – and have been called The Voice of the Moon.

Looking for agates at Cape Split

And as a side note, it’s possible to find agates around the shores of Cape Split – but because of the huge fluctuation in tides its worth going with someone who knows the area and the hazards. On the beach where Little Split Rock is the dominant feature, you can find agates as the tide drops because they glisten when they’re wet. 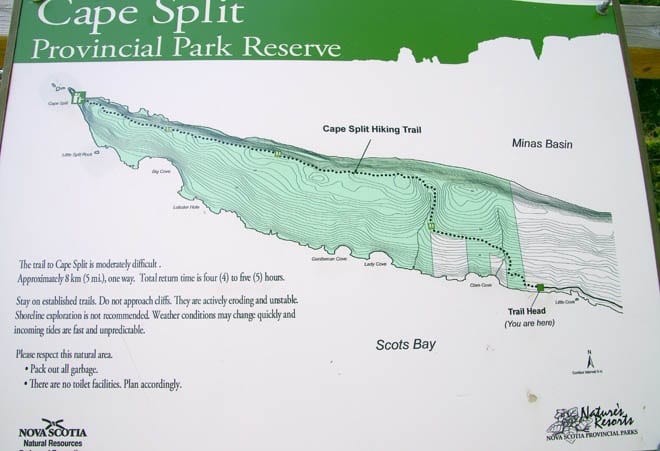 Have you ever done the hike to Cape Split? Which trail did you take? 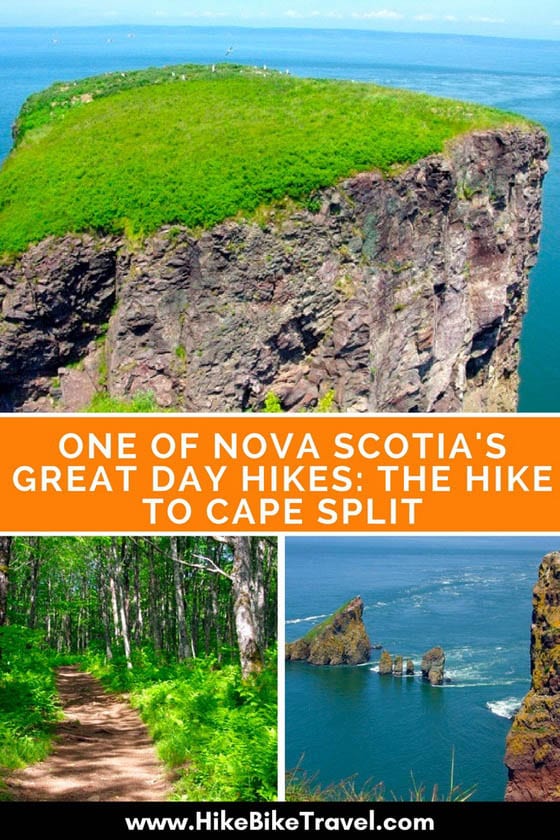 My daughter, Kristen, is in Spain walking the 1,000 kilometre Camino de la Plata which…