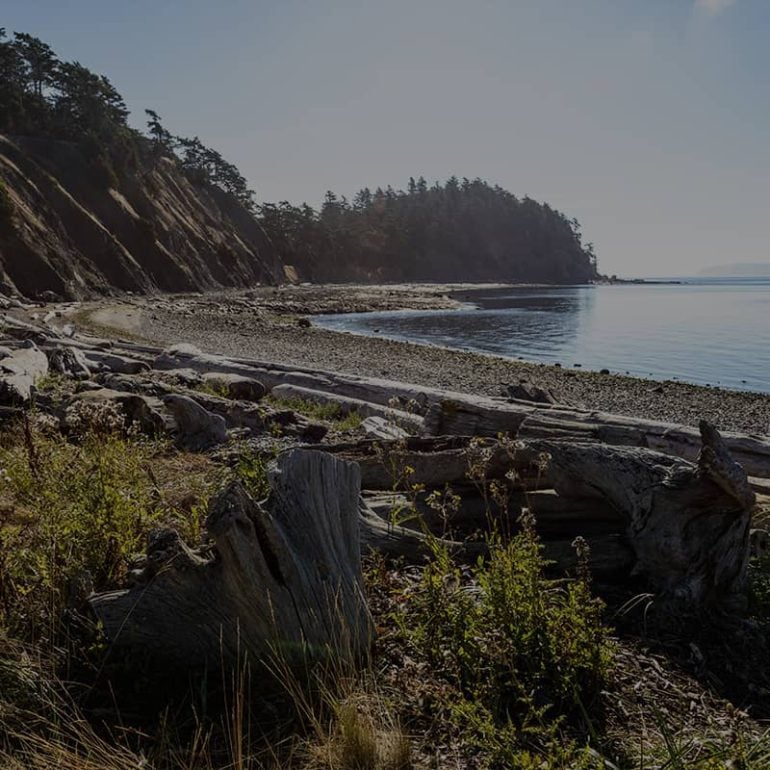 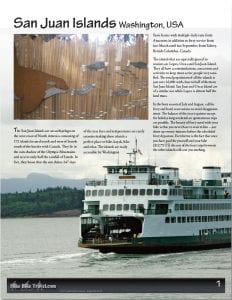 The San Juan Islands are an archipelago on the west coast of North America consisting of 172 islands located north and west of Seattle south of the border with Canada. They lie in the rain shadow of the Olympic Mountains and receive only half the rainfall of Seattle. In fact, they boast that the sun shines 247 days of the year here and temperatures are rarely extreme making these islands a perfect place to bike, kayak, hike and relax.

The islands are easily accessible by Washington State ferries with multiple daily runs from Anacortes in addition to ferry service from late March until late September from Sidney, British Columbia, Canada.The islands that are especially geared to tourists are Lopez, Orcas and San Juan Island. They all have accommodations, attractions and activities to keep most active people very satisfied. The total population of all the islands is just over 16,000 with close to half of them on San Juan Island. San Juan and Orcas Island are of a similar size while Lopez is almost half the land mass.

In the busy season of July and August, call for ferry and hotel reservations to avoid disappointment. The balance of the year is quieter except for holiday long weekends so spontaneous trips are possible. The beauty of ferry travel with your bike is that you never have to wait in line – just show up twenty minutes before the scheduled ferry departure. Even better is the fact that once you have paid for yourself and your bike ($12.75 US) the rest of the ferry trips between the other islands will cost you nothing.

Inside the San Juan Islands Biking Guide look for the following: