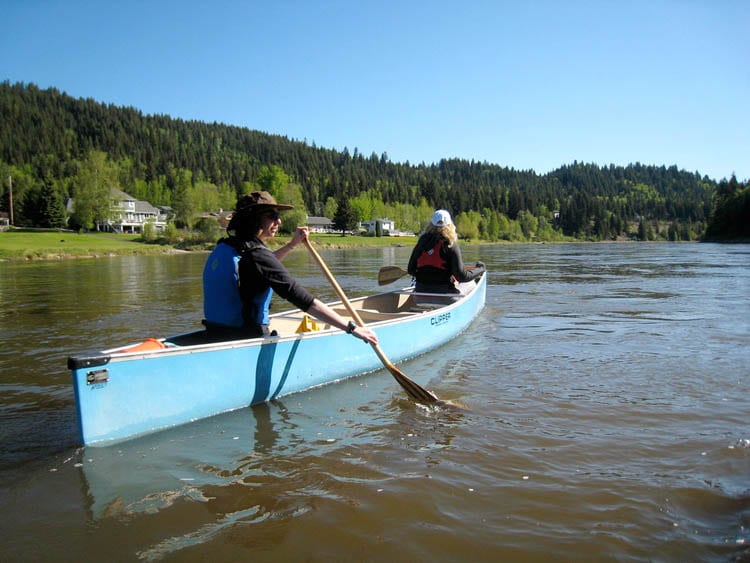 Top 5 Outdoorsy Things to Do in Prince George

Few towns throw down outdoor adventure like Prince George. Yet, the small northern B.C. city doesn’t get the hype it deserves on the western Canada scene.

I had passed through town a few times before, once on the way to paddling the amazing Bowron Lakes Circuit—an epic paddle through 116-kilometre chain of lakes, waterways and portages just a couple hours north of town. But it still took until a recent May visit to open my eyes to this under-heralded outdoor destination. Sitting at the confluence of the Fraser and Nechako rivers, in a delta valley within just two hours of the mountains, there are a ton of outdoor adventures. Here are the top 5 outdoorsy things to do in Prince George.

Run The Cutbanks in Prince George

This lung-burning, leg-busting haul uphill from the Nechako River banks is a local legend. It’s all about bragging rights: a dash for approximately one kilometre straight up about a 40 per cent grade.

Sound easy? The soft, sandy gravel slope is deep enough to bury your feet with each step. (Tip: if you don’t like grit in your shoes, you may want gaiters.) There is a rope tied to a tree that runs three-quarters of the way to help you pull yourself up the embankment, and if you try for the speed record (like I did), you’ll probably need it. Fast runners go roundtrip in under 10 minutes.

It’s tough but there’s no better way to initiate yourself into the local scene. Once you’ve done it, you are basically inducted as a honourary citizen.

Show up at a trailhead around Prince George and you’re likely to find a welcoming fellow rider or two—or maybe even a whole posse—to show you around. Glenn King is one of those, a 20-something video producer who has lived in PG and ridden these trails most of his life.

Following his lead down tight switchbacks, over ladders and roots and off beefy jumps, I got a serious taste for the local trails. Two provincial recreation areas—Pidherny and Otway—offer the most technical downhill descents, but there is also a lot of great cross-country right from town.

With two major rivers feeding it, this is a paddler’s town. You can put in or pull out from launches close to town or farther out. The major annual event is the Northern Hardware Canoe Race, a 67.5-kilometre day race for all levels on. (Serious paddlers keep an eye out: it’s rumoured that the original, 100-km version of the canoe race may be making a comeback soon.)

For expedition length, there’s the aforementioned Bowron Lakes just north, or conversely if you’re just in the mood to chill, tubing is another popular local past time.

Go fishing out of Prince George

In addition to great paddling, the Fraser and Nechako boast an abundance of good fishing. Cast a line for salmon, trout, char and turbot.

Stop for a minute in Leidlih T’enneh Park and breathe, and you immediately understand why the Dakelh Nation (“people who travel by river”) chose this spot. With its lush elms, riverside greenery and First Nations heritage, there is a sense of natural connection here. Just an hour east is the Chun T’oh Wudujut provincial forest, a rare inland temperate rainforest.

In settings like these, Zen—however you seek it, whether yoga, meditation or just being still in nature—isn’t hard to find.

Genuine outdoor towns that are laidback, uncrowded and full of adventure are harder to find these days. A few hours north of Jasper on the Yellowhead Highway, Prince George is a little off the beaten track, and that seems to have kept it under the radar. But it’s well worth the trip to have this big frontier at your doorstep.

Further reading on things to do outdoors in British Columbia