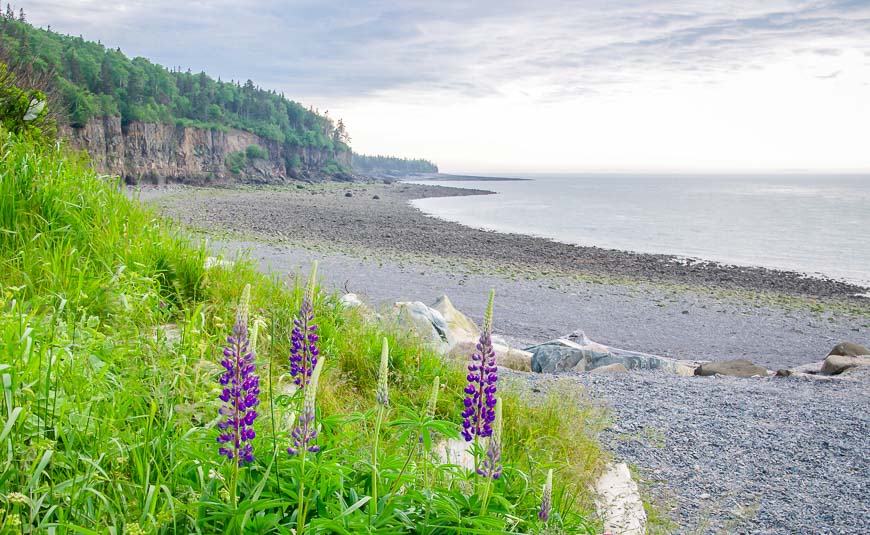 I have a soft spot for Halls Harbour Nova Scotia. It was the first place John and I purchased a home (all of $24K with five acres) though our house was a few miles up from the actual harbour. I hadn’t been back to this picturesque fishing hamlet in roughly 30 years – and with the Halls Harbour Lobster Pound now in existence I had an excuse to visit.

I planned to be in the Halls Harbour Nova Scotia area to do the fantastic hike to Cape Split and wanted to end the day with a lobster dinner. However, if the pound is closed, it’s still worth the trip for the beaches, artists studios and galleries featuring artisans and antiques.

Where is Halls Harbour Nova Scotia?

Halls Harbour is an easy and pretty 30 minute drive from Wolfville via Port Williams and Highway 359. From Halifax it’s a 122 kilometres and a 90 minute drive.

Time your visit to coincide with either lunch or dinner at the Lobster Pound. In July and August the restaurant is open from 11:30 AM until 9 PM. It’s a seasonal operation, so it’s only open between May and October. I wish the pound had been around when we lived nearby.

Upon arrival in Halls Harbour Nov Scotia, park your car and head for the gift shop – smart marketing in my opinion – because you have no choice but to wander through the gift shop to read the menu.

Decide what you want, whether it is a fresh lobster in which case you can pick your own – or choose from lobster bisque, lobster cakes, lobster rolls and more. If for some weird reason you don’t like lobster, there is always chicken.

If it’s a fresh lobster you’ve chosen, walk your lobster around in a plastic container to the cook shack – just around the corner.

The fellow in charge there strokes their heads – which supposedly puts them to sleep – before dunking them in boiling water. You’ve got some time before it’s cooked – so wander around the docks, or enjoy a glass of wine inside the restaurant.

After your meal take the time to walk the rocky beach at Halls Harbour Nova Scotia. It’s on the Bay of Fundy – which boasts the highest tides in the world. Be sure to check out the fishing boats at the docks too. They’re left high and dry twice a day at low tide. 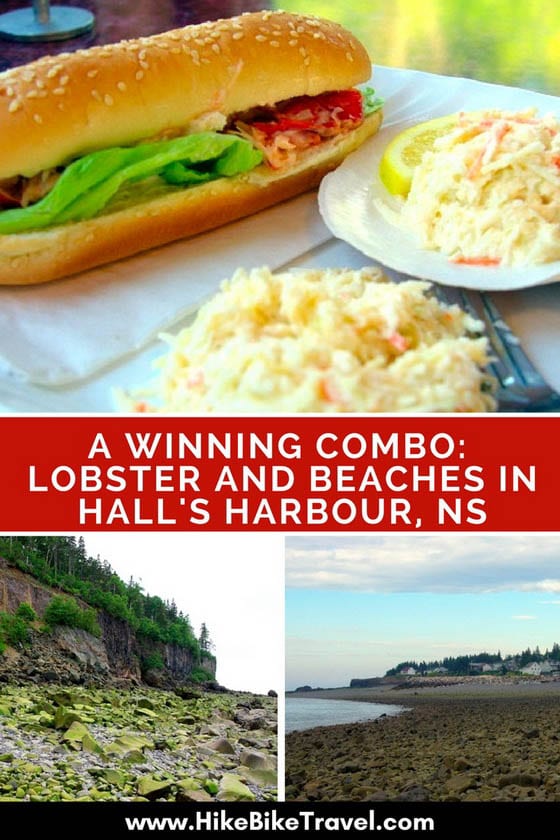 Blomidon Provincial Park in Nova Scotia is only a 90 minute drive northeast of Halifax.…

There is a timeless beauty to the Peggy's Cove area in Nova Scotia. I've been…

12 of the Best Things to do in Nova Scotia