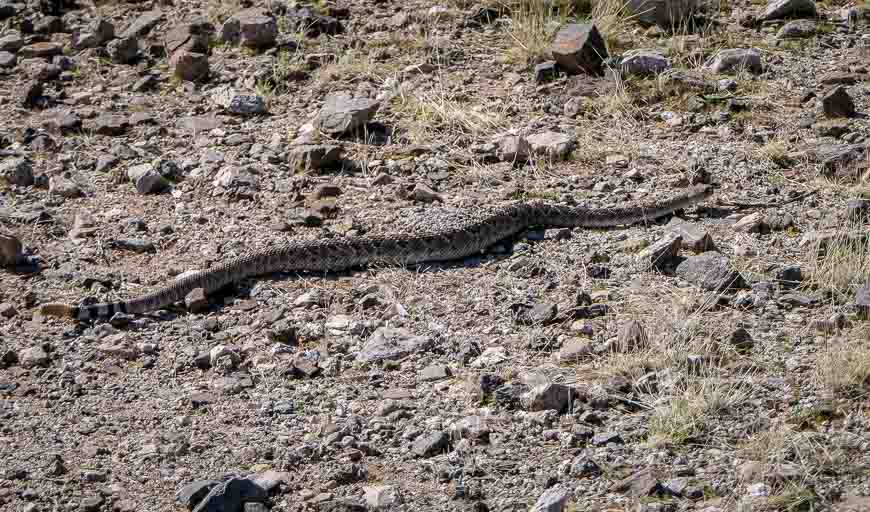 What Happens After the Rattlesnake Bite

Meet Ken. Adventure personified. A can do kind of guy. For instance Ken was at one time the youngest leader (only 19 years old) to lead a successful climb and summit of Denali, the highest mountain in North America. Ken has done loads of cool things that never got him into any trouble – and one stupid thing that nearly cost him his life. He got a rattlesnake bite – though it was entirely his own fault that it happened. This is the story of what happens after the rattlesnake bite.

Ken has always loved snakes. He doesn’t recoil and scream the way I do. In fact he had successfully and willingly picked up 100 rattlesnakes. It was #101 that was the problem.

The real rattlesnake adventure began on the Shadow Canyon Trail, tucked in behind Eldorado Springs in Boulder County, Colorado. Ken and his wife Suz were about 25 minutes up the trail when they saw the prairie rattlesnake. Ken just wanted to check it out but Suz who had seen it all before, carried on up the trail.

Here’s how the rattlesnake bite went down

Ken grabbed the rattlesnake near the head but not near enough. Snakes are flexible. This one was able to swing its head back and get a fang into Ken – right at the junction of the index finger and the hand.

Imagine a fish hook when you think of the fang. You can’t just shake the snake off – you have to pry it off just as you would with a fishhook. The venom was visible as a pea sized globule under the skin – a so called ‘wet’ bite.

Many rattlesnake bites are ‘dry’ meaning that no venom is injected. It’s more likely to be a ‘wet’ bite if the snake is young and this one was young since it was only about 18 inches long.

Ken yelled to Suz “It got me!” She didn’t believe him… at first.

When Ken tells the story he emphasizes how calm he felt. His immediate reaction was to suck the venom, a yellowish fluid, out of his hand.

NEVER, EVER SUCK THE SNAKE VENOM. EVER. IT IS A VERY STUPID THING TO DO.

By the way, a venom extractor kit is all but useless too. You only have a minute or less to get it working. That includes finding the kit in your pack and reading the instructions.

Ken tied a tourniquet around his arm and immediately set off for town. In theory you aren’t supposed to move but a rescue up on a trail would take far too long.

Within 5-10 minutes Ken felt a tingling like pins and needles in his hands and mouth. Within 15 minutes he states that “his whole body felt like it had a giant dose of novocaine.”

By the time they reached the hospital in Louisville, Colorado an hour had elapsed. He managed to walk into Emergency but then collapsed and couldn’t move. All control over bodily functions ceased.

Louisville Hospital had never seen a venomous snake bite. In fact, there was a 20 year record of no admissions due to venomous bites in any Boulder County Hospital. Consequently unsure toxicologists had to consult with colleagues in Texas to learn more about the treatment of a venomous rattlesnake bite.

Ken was immediately admitted to hospital

Anti-venom was not immediately administered because of allergy concerns (many anti-venoms have an equine component to the serum). His hand and arm began to swell. The swelling is usually monitored by marking the skin and noting the time.

By 10 pm, 8 hours after the bite, the swelling has reached his elbow. Suz, feeling things were under control, headed home. Somewhere around 3 AM Suz received THE PHONECALL.

Ken was getting worse. The swelling was now at the top of his shoulder. He was getting regular injections of morphine and in fact over his hospital visit received 17 injections in total.

It’s not the bite that hurt – he rated that as a 2/10 where 10 is the worst pain. This pain was caused by the swelling against the faschia of the muscles. His left arm and side became so swollen that his neck was pushed to the side.

At 6 AM the next day a new doctor finally gave Ken the test for antivenom. Then they gave him antivenom via an IV drip right away. It’s really supposed to be administered in the first 4-6 hours to have an effect.

By now his left hand was so swollen – 3 inches thick – that a fasciotomy was contemplated. In this procedure the muscles are cut lengthwise to relieve pressure. His pulse was barely detected in his hand. Swelling continued for 48 hours.

Venom from a prairie rattlesnake bite

Ken’s blood was also being regularly monitored. The prairie rattlesnake venom is a combination of a neurotoxin and a hemotoxin so there were grave concerns about his blood clotting, internal bleeding and tissue damage.

After 48 hours the swelling began to decrease but it took another two more days in the Intensive Care Unit plus another two days in a regular hospital bed for a total of six days in the hospital. Amazing.

The next month he was off to Africa to climb Mt. Kilimanjaro. Initially his immune system seemed to be compromised as he contracted malaria despite preventive medication. A week later he was well enough to attempt the climb and incredibly 6 weeks after the rattlesnake bite he summited Kilimanjaro.

There have been no lingering effects and today there isn’t even a scar to show the world. The rattlesnakes in Boulder County have been left in peace for the last 10 years. Ken is a wiser man, and a very lucky one. He’s also lucky that his health insurance covered most of his $US27,000 hospital stay!

Note: Rattlesnakes give plenty of warning. Don’t harass them, try and pick them up. Give them space and they should slither off. The young rattlers are the most dangerous.

Further reading on encounters with nature 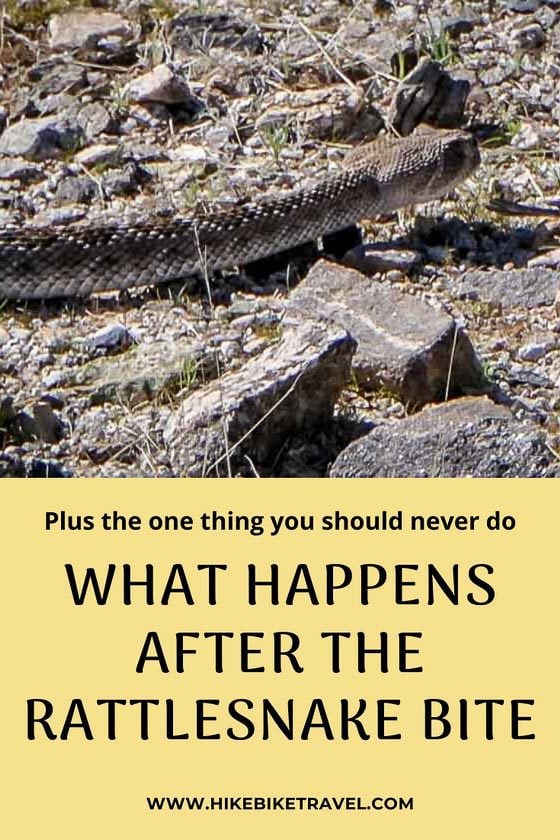