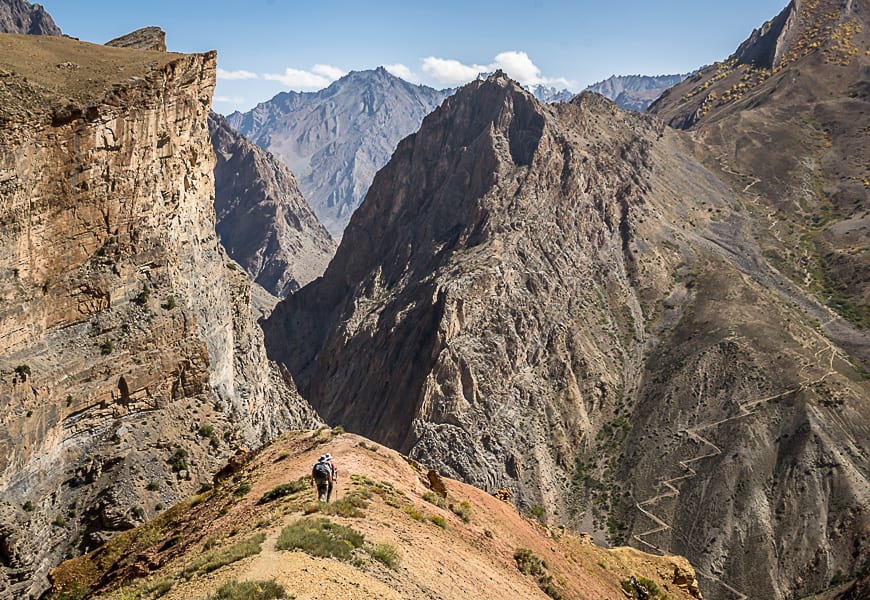 While I’ve written several posts about my Zanskar trek from the Zanskar Valley to the Indus River in northern India, there is still much that I’ve yet to share. This post will give you a day by day account of the trek – including the highs and the lows along with one photo from each day from the time we left Leh until we returned. I think it will provide a better overall explanation of what you can see.

On a side note – we never really tracked mileage on the Zanskar trek. We did keep track of daily elevation gain and time on the trail but for the most part distance didn’t play into the equation.

Day 13 on the Zanskar Trek: To Tilat Sumdo – no pass – a wading through rivers kind of day 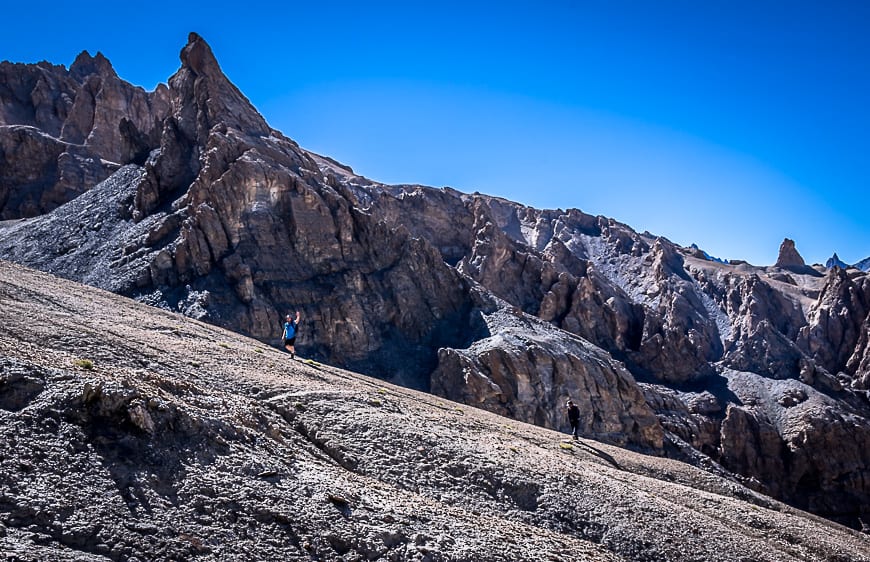 Lovely start to the day via a walk to Hanka Village; some people stopped for tea and cookies.

Straight forward climb followed by a walk through a meadow to reach a teahouse under a circus like tent – long lunch enjoying the views and the birds.

More climbing – never steep with great views of a 6000 m plus peak.

Camping on a windswept grazing field listening to donkeys and cows.

Takes 90 minutes of grunting to reach the pass; looks like nothing but breathing is laboured

Take lots of time on top, chatting with other trekkers before a long but magnificent descent down a spectacular gorge – lots of old trails used by villagers when the river floods

Descend to Chondo and a cold mango drink – luxury

Last meal as per our request – no curry; instead tomato soup, French fries and a grilled cheese sandwich. We’re all in heaven.

Day 18: To Leh (Omasala Hotel) via a stop at the Hemis Monastery

We’re all trying to decide what to do first – hot showers, internet or a latte and cake. Latte and cake won.

Shopping in local markets followed by a celebratory dinner.

We’re done. No major injuries on anyone’s part though bad blisters from walking in water one day for one woman. We’re all thinner by at least 10 pounds.

This was a World Expeditions trek – the only company I am aware of that does such a traverse.

Further reading on hiking in India 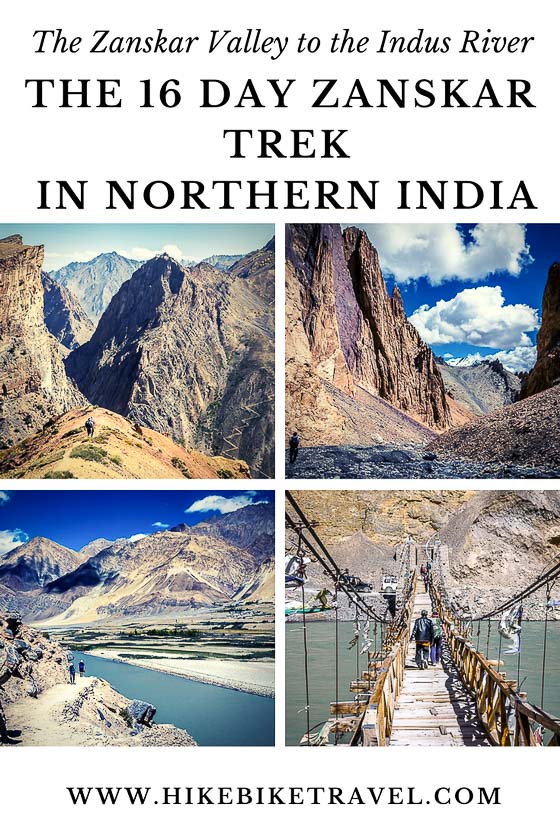 Himalayas, meaning "abode of the Gods" in Sanskrit, is a massive, absolutely awe-inspiring mountain range straddling…