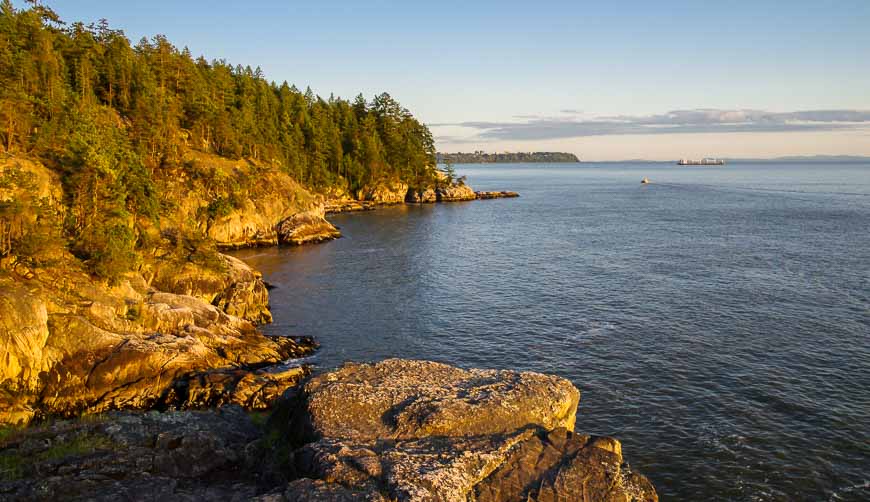 If you want an easy hike, check out the myriad of trails crisscrossing Lighthouse Park in West Vancouver. The park is only about 75 hectares in size but it packs a lot into that acreage.

A visit in very short order leaves you feeling far removed from a big city. Lighthouse Park in West Vancouver is peaceful, quiet and a balm for the soul. Nature lovers will love the place. Looking for a taste of old growth rainforest? This is a great park to visit. There are massive Douglas fir, western hemlock and western red cedar trees in here along with lots of moss, lichens and woodland flowers.

The park owes its existence to an act that in 1881

In 1881 the Federal Government set aside the 75 hectare park as a lighthouse reserve. This act saved the spectacular strand of old growth forest from logging. Today the municipality of West Vancouver leases the land for a whopping $1/ year. Many of the trees in the park are over 500 years old, and the sheer size of them is incredible. Some of the Douglas Firs reach up to 200 feet in the sky. The park has a storied history, including serving as a military defense base during WWII.

My favourite trail in Lighthouse Park

There are roughly ten kilometres of trails with most taking you through the forest while some, including the Juniper Point Trail, take you right to the water’s edge. I love this one in particular early in the morning when no one is around.

The real purpose of our outing wasn’t a hike but to get some photographs at sunset. My niece has dreams of winning an Ipad Mini but she needed a photograph from the north shore of Vancouver with the caption – the right time at the right place. I figured the magic hour around sunset might give her a chance to get a winning shot.

We were late getting to Lighthouse Park. The light was already fading in the woods – and these woods are dark at the best of times. But once we hit the coast it was still bright and sunny. It was such a warm, beautiful night that we weren’t alone; a group of twenty somethings were enjoying sundowners on the rocks.

A lot of people come to the park to see the lighthouse, located at the point where Burrard Inlet meets Howe Sound. I knew there was no way we could get to it before dark set in.

But a few years ago I took the two hour Sewell’s Seafari and had a chance to get some shots of the lighthouse from the water.

There wasn’t a chance the time I was in my kayak as I was doing my best just to stay upright as the waters around the point can get really gnarly, really fast with wild currents.

If you’re thinking about cliff jumping here, never do it at the point.

You can visit Lighthouse Park during daylight hours. There is no overnight camping. Dogs are allowed and there is lots of free parking. It’s also very accessible from downtown Vancouver via public transit. You’ll just have to walk a short distance along a residential road in from Marine Drive.

Click here to get a copy of a map of the hiking trails that you can download.

Further reading on things to do in British Columbia 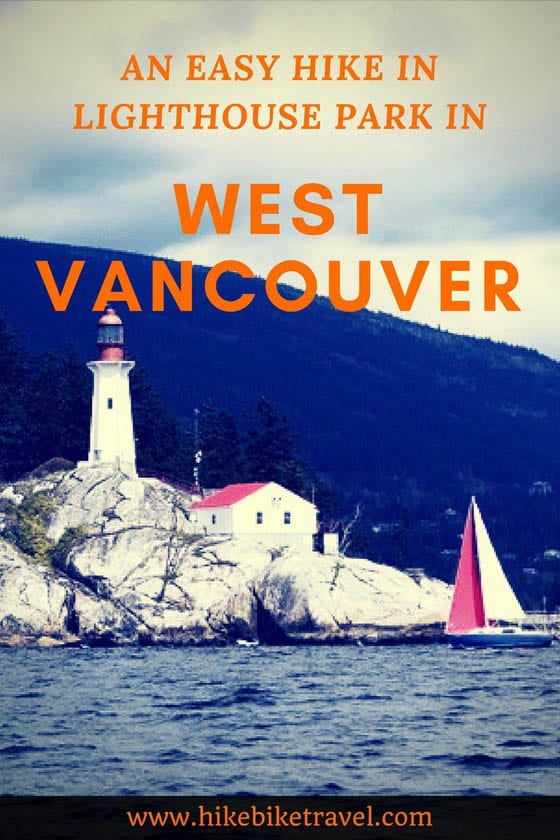