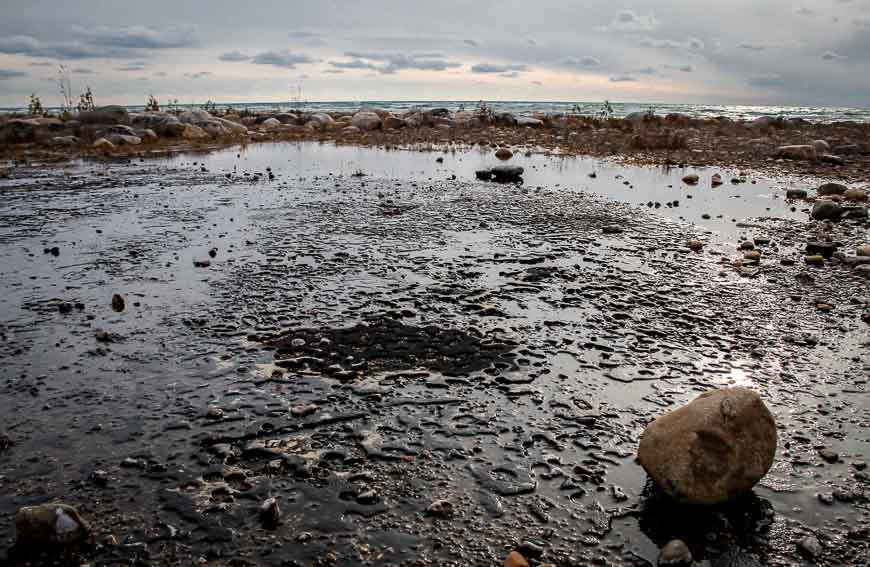 The name Misery Bay (on Manitoulin Island) certainly conjures up all that could be negative about a place. But don’t let the name put you off. According to local lore the name came about because of a conversation in the 1880’s between a farmer cutting marsh grass at the water’s edge and a couple of men in a small boat.

They asked the farmer the name of the place – and after swatting black flies for probably hours he yelled back “Misery”. It turns out the men in the boat were government surveyors mapping the island. The name stuck despite the fact the place is indeed beautiful – and with wildflowers blooming in the summer I can only imagine how much nicer it would be than the day we visited in November.

Where is Misery Bay Manitoulin Island?

Misery Bay is located on the south shore of Manitoulin Island – on the waters of Lake Huron. From Gore Bay drive southwest on Highway 540 for roughly 45 minutes.

Even more interesting to most visitors will be the rock you walk on. The park sits on an ancient flat rock sea bottom called an alvar. It is this feature that throws it into the ring of world class parks.

The only alvars in North America are found in the Great Lakes Basin and the collection around Manitoulin Island are the most noteworthy alvars found anywhere in the world.

We saw none of the rare plants are animals and nor did we expect to in November. In fact a thin layer of snow could be found in the woods and skies were in line with what’d you’d expect in November – gloomy with the sun trying hard to come through. Yet the area still had it’s charm.

We walked along the shore and through the woods for roughly eight of the 15 kilometres in the park. I can only imagine how magical the place would be on a hot summer day.

Where to stay on Manitoulin Island

There are lots of cottages and small motels to rent on Manitoulin Island.

In Manitowaning the Wayside Motel would be a great choice. In Mindemoya, Maple Grove Cottages are rated superb. 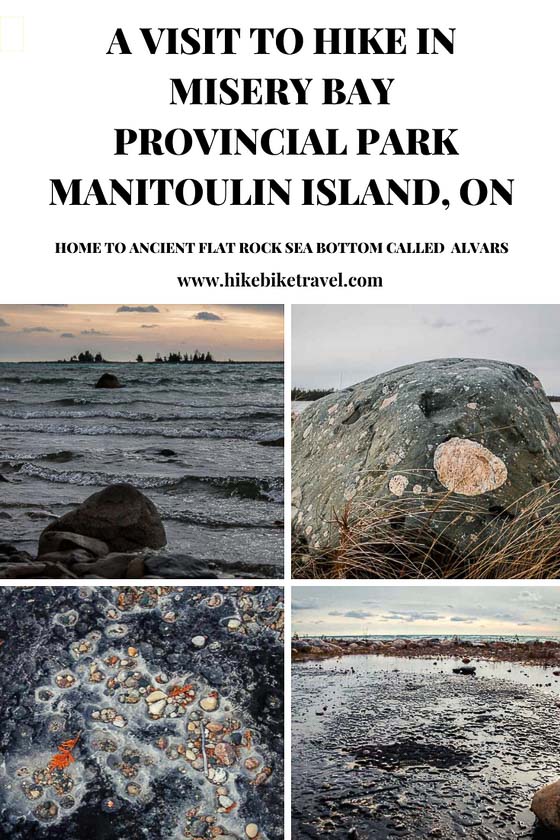