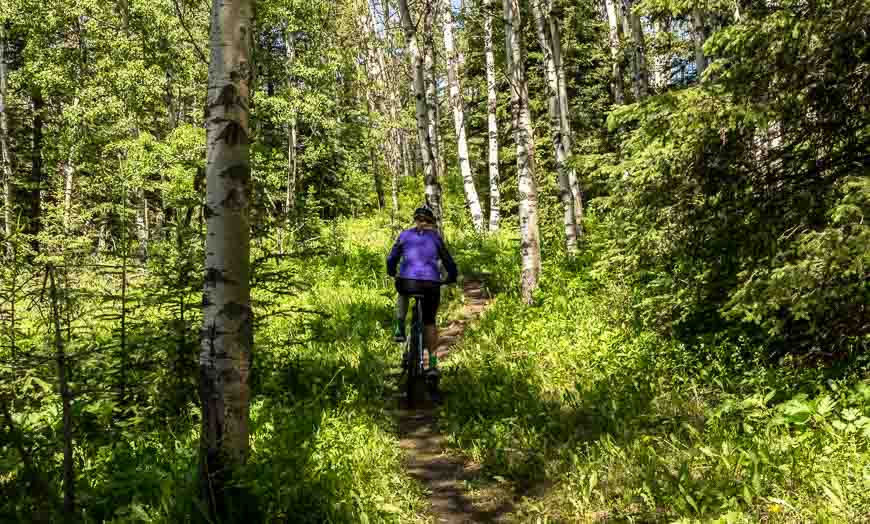 I cycled (occasionally I walked) on the 7 km circuit that is part of the Battle Creek Showdown held every year in August.

The loop tested my skills as a mountain biker and I came up wanting! There were rocks and roots (no problem), berms and drops (definitely a problem), a couple of steep ascents and some lovely riding through open woods.

During the festival, riders will have four hours to do as many loops as they can – with the record standing at seven.

Cypress Hills Provincial Park is criss-crossed with about 50 km of trails and more are in the works.

Trail building is a task primarily led by volunteers from the 670 Collective, a mountain bike club out of Medicine Hat. Although the trails are meant to be shared with hikers, the reality is that many of the trails see very few hikers. But you’ve been warned so keep an eye out.

If you’ve come with your young family to the park, chances are that you’re interested in the easy trails. Check out the Shoreline Trail, with a mix of pavement and boardwalk, along the edge of Elkwater Lake. There are plenty of off the bike distractions too including the beach and a playground.

For easy mountain bike trails, there are at least a half dozen to choose from. Peruse the interactive map for ideas on the 670 Collective website here.

The landscape is home to the tallest hills between the Rockies and Labrador. As such the trees change as you climb from the lake through to the plateau as do the birds and animals you encounter. Because of the elevation change, it can be noticeably cooler on top.

As you bike stop to listen for the birds as over 220 species call the park home. Look for deer and moose but don’t worry about ever coming across a bear. There are none in the park. However, there is a population of cougars so you should know what to do in the very rare instance you might encounter one.

You can conveniently rent bikes in the park beside the marina. They have both kids and adult bikes with helmets available for $10 per hour or $40/day.

Cypress Hills Provincial Park is definitely worth a visit for the biking. And even if you’re not interested in participating in the Battle Creek Showdown, cheer on the participants.

Have you heard of any other bike festival where the winner gets a bag of corn and the loser a bottle of wine? I didn’t think so.

Further reading on biking in Alberta 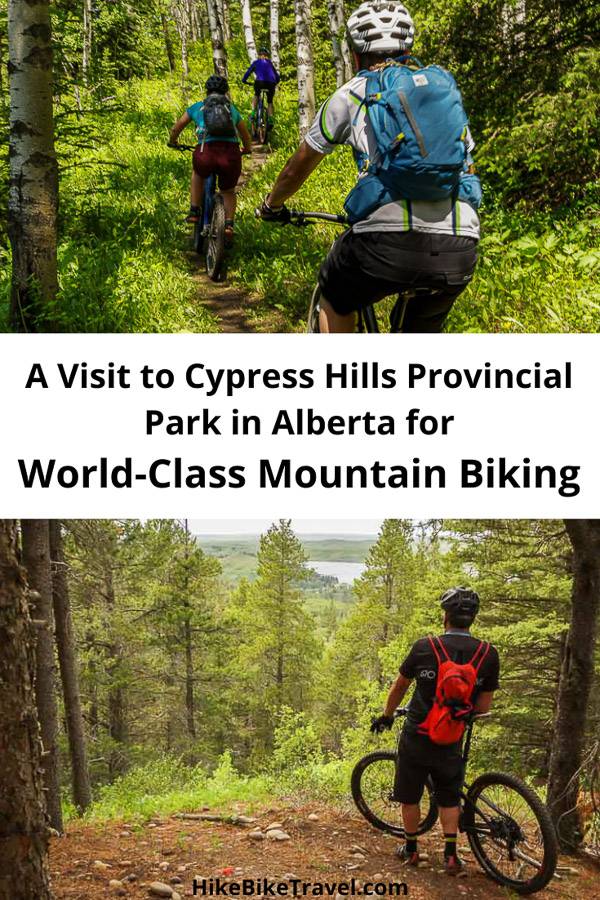