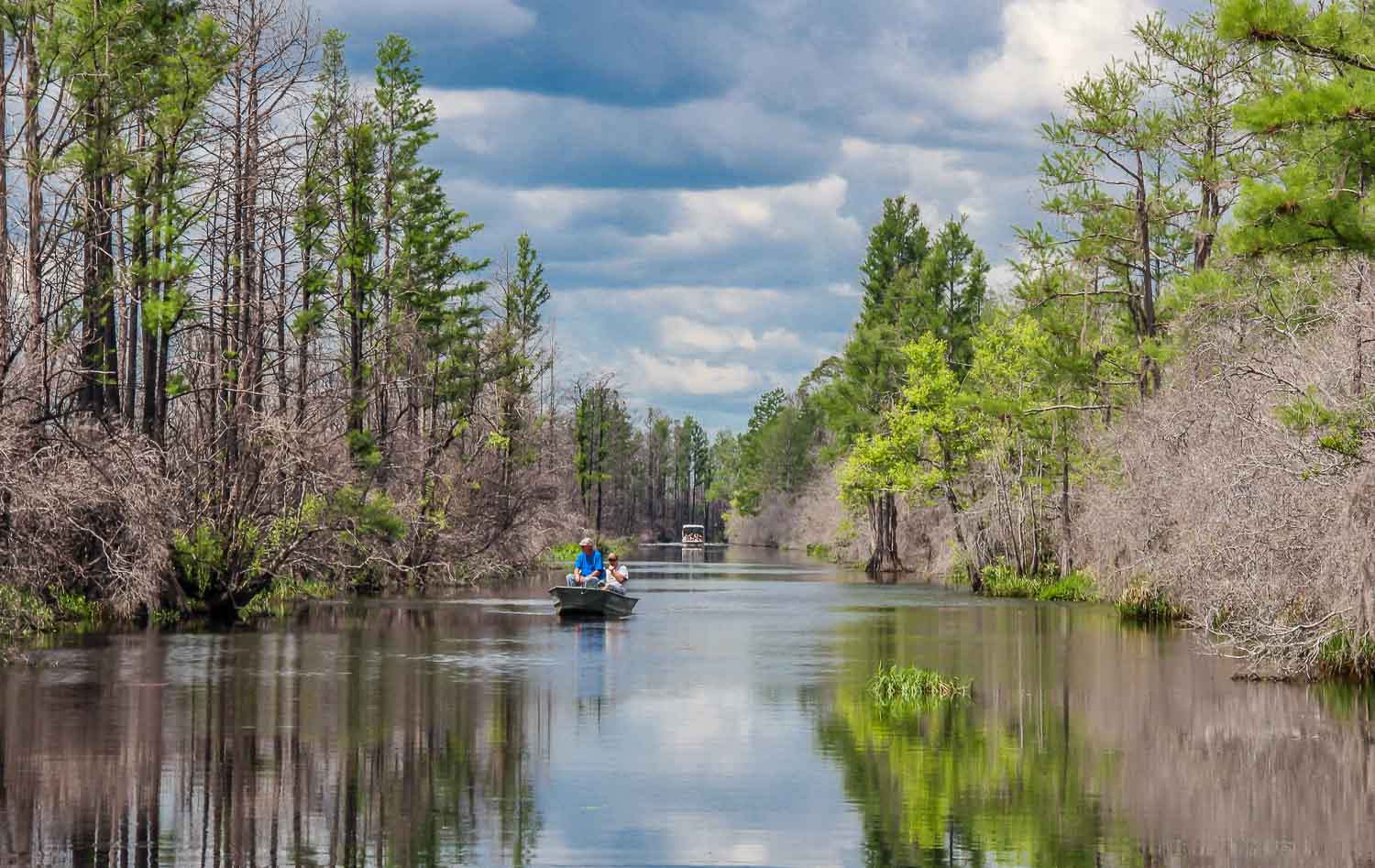 An adventure I highly recommend – that is perfect for all ages – is a one day visit to Okefenokee Swamp in southern Georgia. It was one of the the highlights of our trip to the southern US. Now I know not many people would get excited about a visit to a swamp but this isn’t just any old swamp!

Okefenokee Swamp is home to the Okefenokee National Wildlife Refuge – established to preserve 402,000 acres of habitat that includes not only the bog with its tea-coloured water but lakes, cypress forests, scrub shrub areas and even open, though wet prairie.

Some cool facts about Okefenokee Swamp

The swamp is a land that goes through a cycle of fires and regrowth largely because the peat deposits, which are up to 15 feet deep, are capable of burning.

Okefenokee Swamp has been protected since 1937 when it became part of the Okefenokee National Wildlife Refuge.

The waters of the Okefenokee are the colour of steeped tea all because of the tannic acid released from decaying plants.

They do not look the least bit hospitable; especially when you consider how many alligators you can see in a two mile boat ride. We counted seven!

While there are signs that Okefenokee Swamp was inhabited as early as 2,500 BC by tribes of the Depford Culture, the recent history of the swamp is also quite interesting.

In 1891 the Suwanee Canal Company purchased most of the swamp from the State of Georgia with the intention of draining the land and growing crops. Over a period of three years, 11.5 miles of canal was dug into the swamp but the economy forced the company into bankruptcy.

The Hebard Cypress Company was the next business to tackle the swamp. Over 28 years, 431 million board feet of lumber – mostly the gorgeous cypress trees were removed.

More information about the swamp

You can rent canoes and motorboats and in fact you can do a two to five day wilderness canoe trip. Make reservations up to 60 days in advance by calling 912-496-3331. (I’ll take the bears in my neck of the woods over the alligators, snakes and creepie crawlies!)

For more information on visiting the swamp, visit the national wildlife refuge website.

There are three main entrances to the swamp – via the east entrance, 11 miles southwest of Folkston, Georgia; via the west entrance 17 miles east of Fargo, Georgia; and via the north entrance located eight miles south of Waycross, Georgia.

The entrance fee is $17 per person. Dogs are allowed on leash.

Boat tours are 90 minutes long and are very informative. The cost is $18 per person.

There is a diverse amount of wildlife to be seen in the swamp including alligators, endangered red-cockaded woodpeckers, ospreys, wild turkeys, sandhill cranes, prothonotary warblers, turtles, frogs, lizards and as they say, an unknown number of insect species

Further reading on things to do in the southern United States 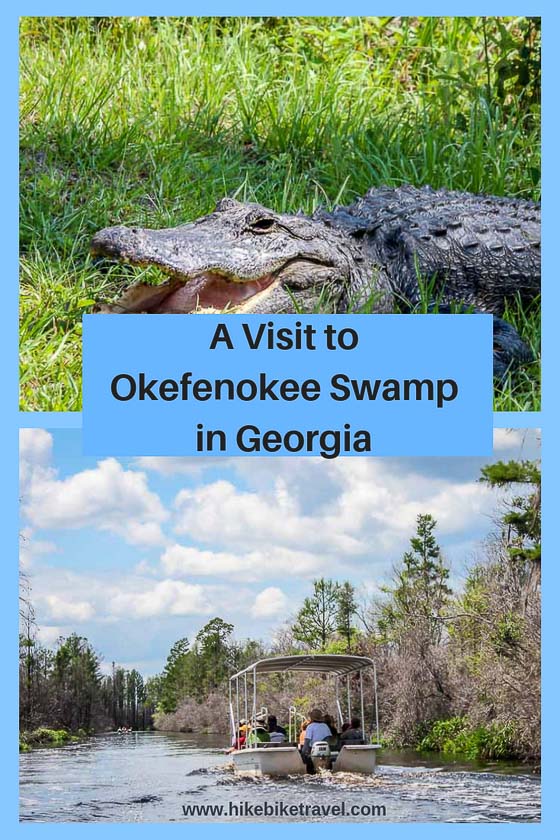 Kayaking to Cumberland Island, one of Georgia's outer islands, is a great adventure and destination…