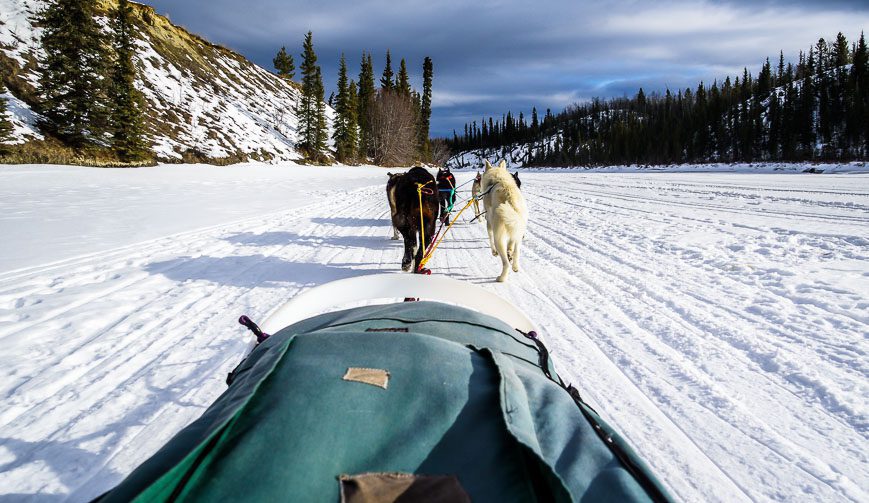 Have you ever heard 100 plus dogs all barking at once? That’s how we were greeted as we drove into Muktuk Adventures, deep in the woods about a 30 minute drive northwest of Whitehorse. We had come for a full day of Yukon dogsledding on the Takhini River and hoped to mush like a local by the end of the adventure.

Muktuk Adventures is owned and run by Frank Turner and Anne Taylor. Frank, whom unfortunately I didn’t meet, is a 24 time Yukon Quest participant. I have a tremendous amount of respect for the man after reading the book Yukon Alone: The World’s Toughest Adventure Race by John Balzar.

The Yukon Quest takes the hardiest and most adventurous souls on a 1,023 mile race from Whitehorse to Fairbanks, Alaska in mid-February when there is only about seven hours of daylight.

The start of the race alternates between cities every year. Competitors typically take 14 days, endure temperatures as low as -40°C and mile after mile of solitude on a combination of trails along frozen rivers, through snowy spruce forests and over treacherous mountain passes.

Sleep is in short supply, especially as the needs of the dogs come first. It’s a harder race (colder and darker) than the better known Iditarod.

Muktuk Adventures started in 1995. Not only do they offer summer, fall and winter adventures but you can also spend a night in their lodge with home-cooked meals.

According to the website, the name of the company – Muktuk – is an Inuktitut word that means whale blubber. When Frank started out a friend in Inuvik provided muktuk, from Bowhead and Beluga whales to feed his first group of dogs. Despite its egg white texture, dogs love this nutty tasting food.

Yukon dogsledding on the Takhini River

At Muktuk Adventures they will outfit you from head to toe with cold-weather gear so you’ll never have to worry about staying warm. You may look like the Michelin Man in red – but you’ll be thankful, especially in the cold of the morning, for all the clothes.

The boots too are very well insulated – and should it be an unusually cold day, toe and hand warmers are also provided.

After suiting up and signing waivers it was off to harness the dogs. Their excitement is contagious! Since we weren’t the only group heading out, we could watch as sleds, one by one flew down the trail, with a guest probably holding on for dear life – at least initially.

Our group was made up of three women (me, Olivia from New York City and Laura from Vancouver), two sleds, 12 dogs, one guide (Carl Webb) and a snowmobile.

The plan was for the three of us to alternate mushing the sleds. Carl would keep an eye on things from the snowmobile  – but would try to stay far enough ahead that the noise wouldn’t be bothersome.

How to drive a dog sled

Before heading off we were given instructions about braking, speed and keeping the two sleds far enough apart that the dogs wouldn’t get tangled up or get into altercations – as can happen.

We were also told NEVER to leave the sled as the dogs would happily take off with it. Olivia learned this lesson after about 15 minutes. She had stopped the sled, put the heavy duty break on and moved away for a few seconds – which is all the time it took for the dogs to let loose. That’s where the snowmobile came in handy!

Over the course of a couple of hours in the morning we traveled about 18 kilometres down the Takhini River. Once you got in the groove, trusted the sled and the trail to the dogs it was sheer magic – even more so when surrounded by the silence of winter.

By the time we stopped for lunch at the side of the frozen river we were all ready for a fire and hot drinks. From the back of the sled Carl produced chairs, firewood, coolers filled with lunch, thermoses of hot water and a bag of frozen meat for the dogs. It was a pretty sweet set-up.

We lingered over lunch – with no one in a rush to do anything but enjoy the dogs and the outdoors.

By afternoon the temperatures had risen enough that the dogs needed more breaks on the return trip. Despite the fact it might seem miserable to a human, sled dogs prefer the cold with the ideal temperature for running around -17°C.

The afternoon was even better than the morning, perhaps because we were all more comfortable mushing – but also because the landscape and lighting was fantastic.

I think the dogs must have known when we were on the final kilometre. The speed picked up and you could feel the excitement. Coming into the yard, we were met by barking dogs and lots of staff who help get the dogs moved from the gangline to their kennel.

These dogs are very well cared for. In fact Frank was part of the working group for the BC Government that put together a 60 page document – the sled dog code of practice. This is definitely a company that you can trust and a Yukon dogsledding experience that is second to none.

Further reading on the Yukon 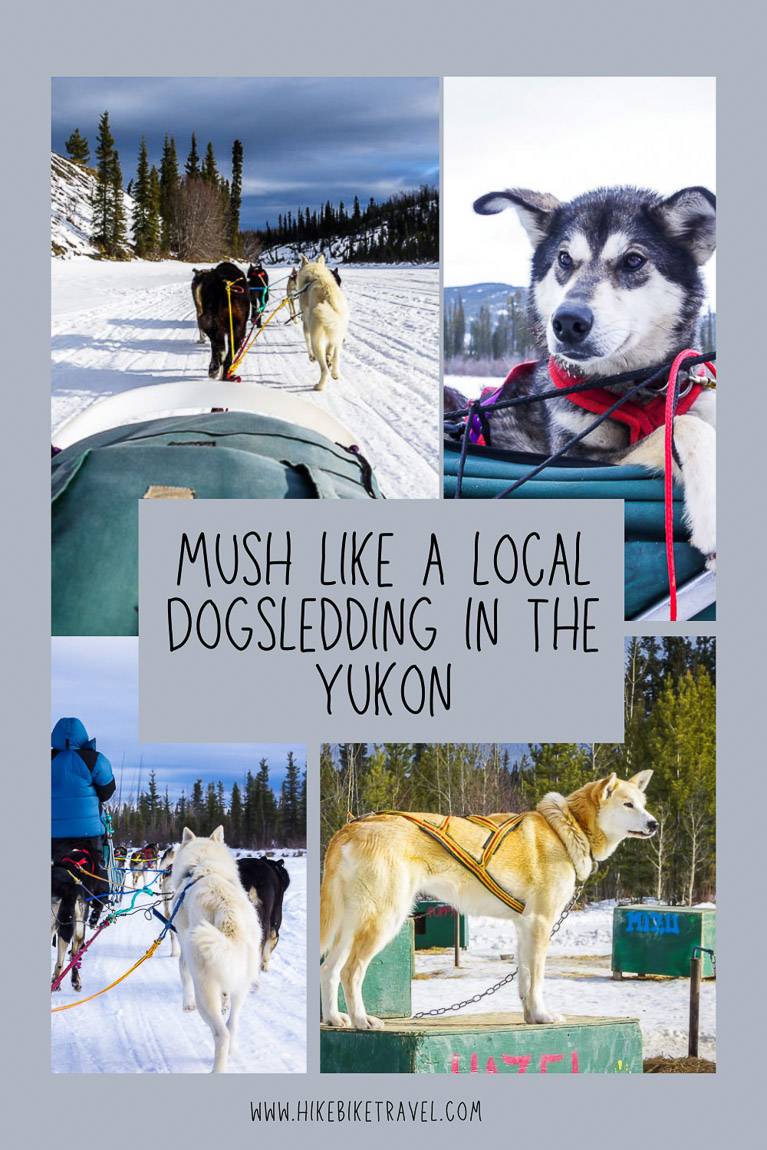 Thank you to Travel Yukon for making this trip possible. I’d go dogsledding again in a heartbeat.