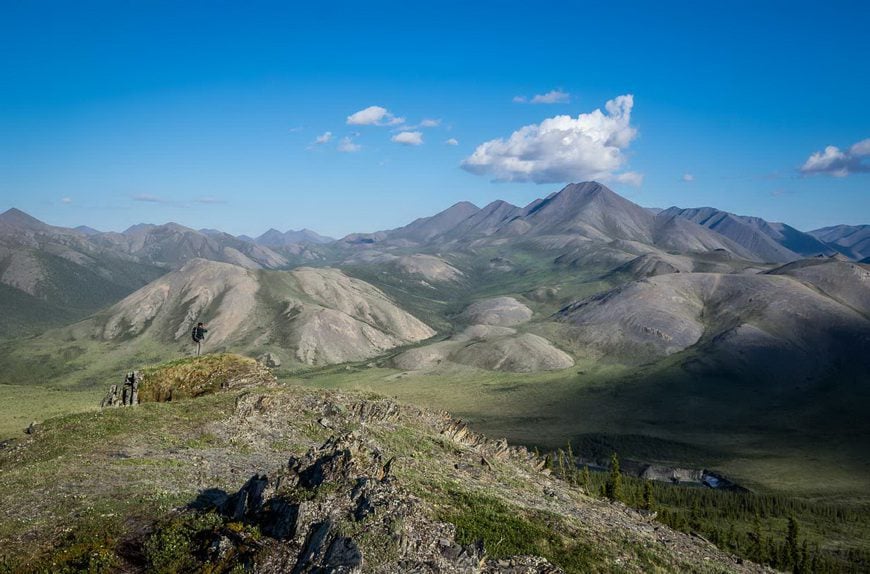 Located in the northwest corner of the Yukon

Tucked into the northwest corner of the Yukon and sharing a border with Alaska sits Ivvavik National Park – the first Canadian national park directly formed as a result of an aboriginal land claim settlement. It’s a magnificent part of Canada that only about 100 people experience every year. This year I was one of those lucky 100.

Ivvavik National Park – half the fun is getting there

Ivvavik isn’t easy to get to. On the first day I flew up to Whitehorse from Calgary and spent the night. Then it was an early morning flight to Inuvik in the Northwest Territories and a night in that small city.

It wasn’t until the third day that I arrived in the park, along with the rest of our gang – three Quebecers from the Chicoutimi area, one travel editor from Toronto, two Parks Canada Interpreters and Guy – the wonderfully outgoing Parks Canada media guy from Ottawa.

The final stage of the trip to Ivvavik included a 90-minute flight from Inuvik and a three hour stop on Herschel Island, followed by a 20 minute flight to Sheep Creek International Airport – a grass and dirt runway that doesn’t quite deserve its moniker. (You can also fly to Inuvik via Yellowknife.)

The flight into the Imniarvik Base Camp is nothing short of stunning.

You fly over the British Mountains – and I for one couldn’t help but think of all the hiking possibilities as I gazed over the V-shaped valleys and admired the long ridges. These mountains were never glaciated during the last Ice Age but “formed an ice-free land mass called Beringia that extended into eastern Siberia” according to the Parks Canada website.

Just before you land you fly across the gorgeous turquoise-coloured Firth River – one of the oldest rivers in Canada and as it turns out, one that’s easily accessed from camp.

Life at the Fly-in Imniarvik Base Camp

After unloading our gear from our Twin Otter and getting the requisite photo by the Sheep Creek International Airport sign, we head for camp where we are warmly welcomed by Renie Arey – our 72 year old cultural host.

In the kitchen we can smell dinner cooking but Nellie Elanik, the 33 year old cook is busy with ribs and salad fixings so only has time for a shy smile.

Private cabins in the national park

We are given our cabins – all of which are just a short walk away from the dining room and screened in common area. Mine has a double bed and a couple of bedside tables, a chair and mosquito netting.

In the four nights I’m in camp I never once here the annoying whine of a mosquito as I’m dozing off to sleep. Some of the other cabins are set up with bunkbeds.

All are simple but you don’t actually spend a lot of time in them. There’s an odour free outhouse two cabins away and a small complex with flush toilets and a hot shower (maximum 5 minutes) across from the dining tent. The camp area is surrounded by an electrified fence to keep out the bears.

Although we do see a grizzly on a hike – we never see one very close to camp. And in the main dining cabin we can all charge electronics but there is no cell signal.

It doesn’t take long to get into the rhythm of camp. Usually we have dinner between 5:30 and 7 PM. Breakfast is at around 8:30 AM and lunch is on the trail. But it’s all a bit loose in a good way.

24 hour daylight in the Far North

The days – with 24 hour daylight – go by in a blur. We check out the Firth River the first night – with a few people dreaming of landing a Dolly Varden trout or an Arctic Grayling. (On the last day there is finally some fishing success.)

We hike every day with the hikes varying from an easy two hour ramble to a full seven hours of hiking. We’re always on the lookout for wildlife and are richly rewarded on many occasions.

However by the end of the fourth day I think we were all getting a little ho-hum about the dozen Dall’s sheep we can spot from camp though grizzlies and caribou always get our attention.

We hike in the morning and even at midnight. We cool our bodies in the stream just outside the sanctuary of camp as the temperature soars to the mid 30’s C – even though it’s the Arctic.

We watch a BBC special following the migration of the Porcupine caribou herd – and then marvel at the paths we can see directly across from camp they might have used just three weeks earlier. (Note that my friend who visited two years later about the same time caught the full caribou migration!!!)

What do you do when you’re not hiking?

In between hikes we read and we snooze even though it’s hard when your tent is 34°C. We all have long conversations with Renie and Nellie, as well as Rachel Hansen, the Interpretation Officer and Nelson Perry, the Senior Parks Manager.

Rachel teaches us how to play aboriginal games though I for one am a dismal failure. I watch Nellie pull together a batch of Nellie’s buns and beg for the recipe.

I enjoy discussion with Gilles from Chicoutimi – a retired geographer who knows a fantastic amount about everything – plus he’s musical! And we celebrate Canada Day as we are here for her 150th birthday.

What makes Ivvavik Base Camp so special?

I ask a few people what they like about coming here. Most have a hard time defining it. Jean Vallée from Chicoutimi who has literally traveled the world, has tears in his eyes and says he’d just like to stay longer. And when I spot a grizzly on our midnight hike he is nearly out of his mind with joy.

Rachel says “it’s part of her culture to be out here, sharing the land. It’s peaceful and in hard times it’s good to think back to this calmness. It’s something magical and special. It’s a diamond in the rough.”

Our cultural host in the park

One of the real benefits of a stay at the Imniarvik Base Camp is getting to know Renie. She and the other cultural hosts add a richness to the experience of visiting a park. She obviously loves her job and in her calm way tells me “she loves coming to the park as it feels like coming home. My ancestors lived here and my mom was born in the park, and probably my dad.”

She explains about the food they ate saying “we have to go out there and look for our food and meals and thanks to caribou we are here today. We eat the sik-siks (ground squirrels) and ptarmigan if there aren’t any caribou.”

Renie has a softness to her that makes you want to hug her. A big thank you Renie for sharing your stories and for my treasured muskrat bookmark.

How to book a trip to Ivvavik National Park

Although this park isn’t easy to access, it is accessible from the point of view of offering a catered, guided basecamp experience that the average person can safely enjoy.

Parks Canada offers five day trips in June and July – with the option of visiting Herschel Island on two of them. As word leaks out, the experience is becoming more popular. You can get more information here on booking the Ivvavik National Park base camp experience.

I feel exceptionally blessed to have visited Ivvavik and HIGHLY recommend a trip here. It exceeded my expectations though perhaps I got lucky as we had hot, sunny weather for five days and that happens on about two out of six trips. We also had very few bugs to deal with. 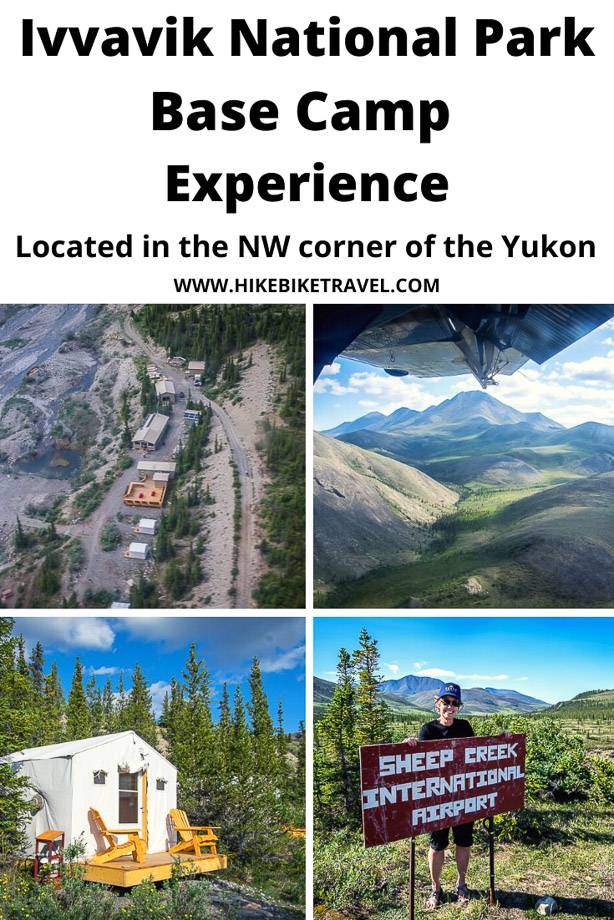 A huge thank you to Parks Canada and Travel Yukon for inviting me on this trip of a lifetime and to Spectacular Northwest Territories  for putting me up in Inuvik.