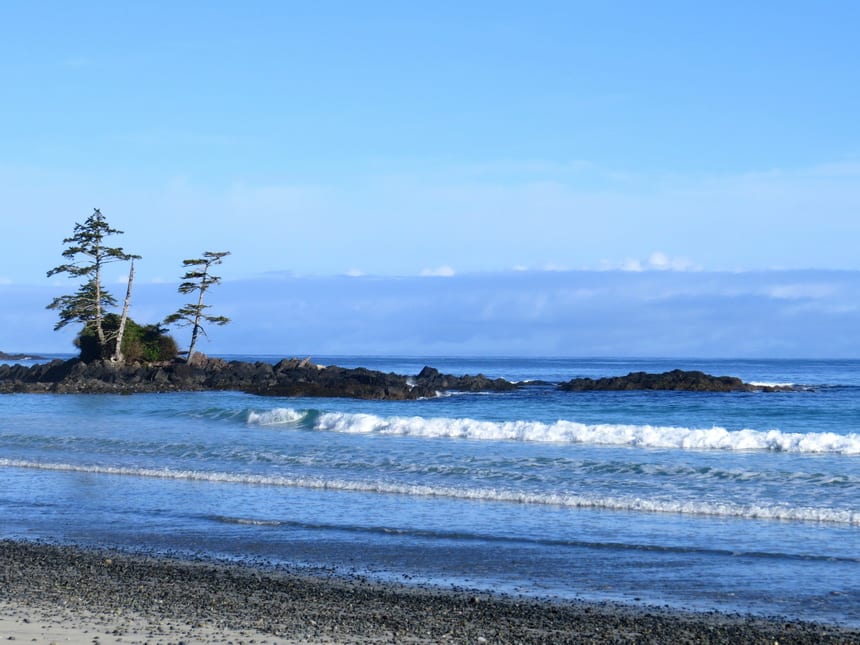 There are few places in the world as remote, muddy and wet as the north-western tip of Vancouver Island. Torrential rain for days on end is not unusual here.

For this reason, the 47 km return hike to the Cape Scott lighthouse via the Cape Scott Trail can be difficult. There might not be any mountains to ascend or ladders to climb here; these are replaced by giant fallen trees, huge swathes of mud and slippery boardwalk.

The rewards, however, are remarkable. Sweeping sandy beaches, campsites with the view of the Pacific Ocean, a meadow in the midst of a rainforest, the remains of a WW2 military road. And finally, of course, a storm-battered lighthouse perched at the edge of the wildest coast in British Columbia.

Depending on the season and the recent rainfall, the first 2 km of the Cape Scott Trail (after the San Josef Bay turnoff) can be both a mental and physical challenge. The mud pools between disintegrating boardwalk and logs creating a difficult hiking surface.

Fallen trees block the path here and there, some with steps carved into them. On the other side of the trunk, the murky water may be deeper still. Needless to say, your feet will not stay dry, no matter the footwear of choice. But compensation is on its way. And on the Cape Scott Trail, this comes in a few different forms.

Beauty in variety on the trail

The route may be problematic at times but it is almost never boring. Soon after the wettest and worst is over, the trail starts winding through old growth forest. Hemlock, spruce and cedar fight for the light and surround hikers with impossibly bright shades of green.

One fallen giant is used as a unique bridge across a river. Further in, the sky opens up and the old growth is replaced by grey pine and scrub. It looks and feels like another world. Further along still, the landscape changes again to marsh and bog, and then finally, to a magnificent sandy beach and the Pacific Ocean. But, wait, there’s still rocky headland and another stretch of forest to come. 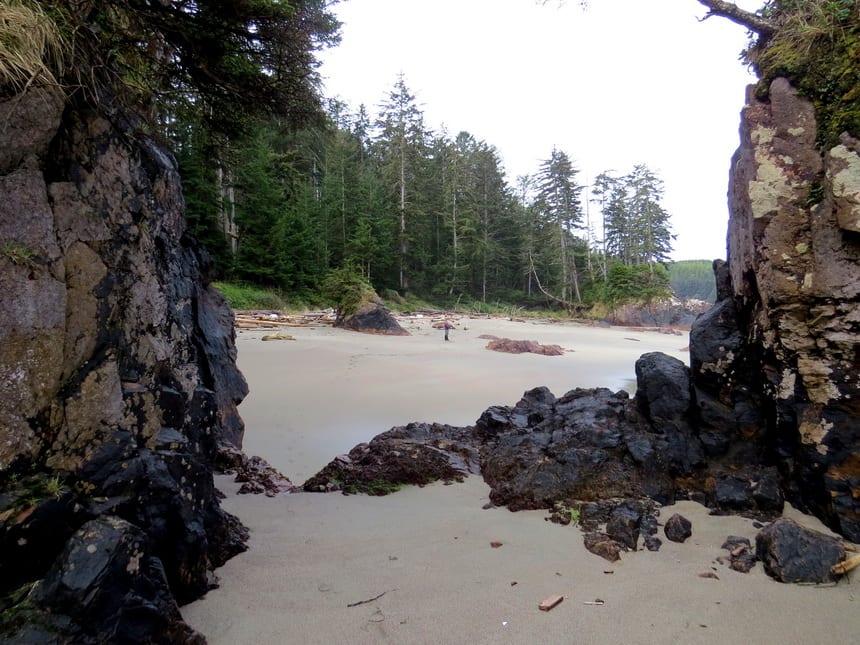 A step back in time

Keeping up with the ever-changing scenery is not the only thing to look out for on the Cape Scott trail. This area has been host to a number of attempted settlements over the years. Even with clear dedication and perseverance, the settlers were beaten by the harsh and unforgiving climate.

They were also let down by the provincial government of the day who had promised to build roads in the area.
Evidence of these settlement attempts can clearly be seen with building foundations, an old well as well as rusty pots, pans and tools. Another remnant is the striking Hansen Meadows area near Nels Bight. The land was cleared here for farming.

The final part of the journey to the lighthouse has another interesting link with history. Large wooden planks lead the way towards Cape Scott, providing a wide path through the forest. These are the remains of a military road, used to access a small radar station at Cape Scott.

The lighthouse at Cape Scott

Cape Scott is home to one of the last manned lighthouses in Canada. There are two lighthouse keepers who take turns to watch over this end-of-the-world spot. With such wild weather and little company, it remains a demanding job even today.

Things have improved in recent years though with internet access at the Cape making both communication and entertainment easier. The lighthouse keepers are also flown in and out via helicopter every few months. Hikers, however, don’t have that option.

The return journey is back the same way; along the military road, over the bluffs, across the beach, through the meadow and back into the mud. It’s a wet journey, but a satisfying one through the rugged wilderness of Vancouver Island.

Hikers without the equipment, experience or time to journey to the Cape Scott Lighthouse can still get a taster of the experience with a trip to San Josef Bay. Suitable for both a day hike or an overnight adventure, the 5 km return trip from the parking lot is a fairly flat, maintained gravel trail through the forest.

Visitors are welcomed to San Josef by a long swath of white sand, peppered with sea stacks. These are dramatic looking columns of rock caused by wave erosion. On the top of each stack, there is usually a tree or two defying the daily assault from the Pacific Ocean. Camping is allowed right on the beach for those who want to listen to the waves for longer.

How to get to Cape Scott Provincial Park

The trip to the Cape Scott trailhead is a bit of an adventure by itself. The drive towards Port Hardy is straightforward, yet it would be easy to get distracted with the multitude of recreational opportunities along the way (camping, paddling, caving, climbing and more).

Just before the town of Port Hardy is a left hand turn signed Cape Scott Provincial Park. The route turns to gravel from here as Holberg Road heads west. The road is reasonably wide and fairly well-maintained for the full length but prepare to pass logging trucks and other large industrial vehicles. The surface can be slippy when wet.

The tiny town of Holberg is the last outpost of civilization. Follow the signs and continue on west along San Josef Main.

Towards the end of the drive there is a junction with Cape Scott in one direction and Raft Cove in the other. The latter is another Provincial Park further south with less well maintained access. Keep right here and soon enough you will be at the trailhead.

Expect at least six hours of driving from Departure Bay, or eight from Victoria to the Cape Scott trailhead. 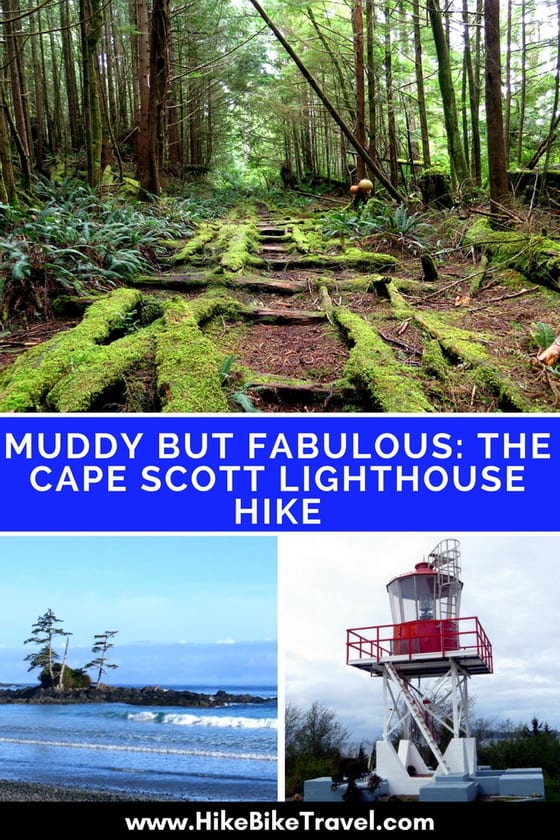 Gemma Taylor is an outdoor adventure blogger based in British Columbia, Canada. A lover of the backroads and beyond the beaten path places, you'll most likely find Gemma hiking, kayaking or camping in her converted van. Gemma's blog can be found at offtracktravel.ca