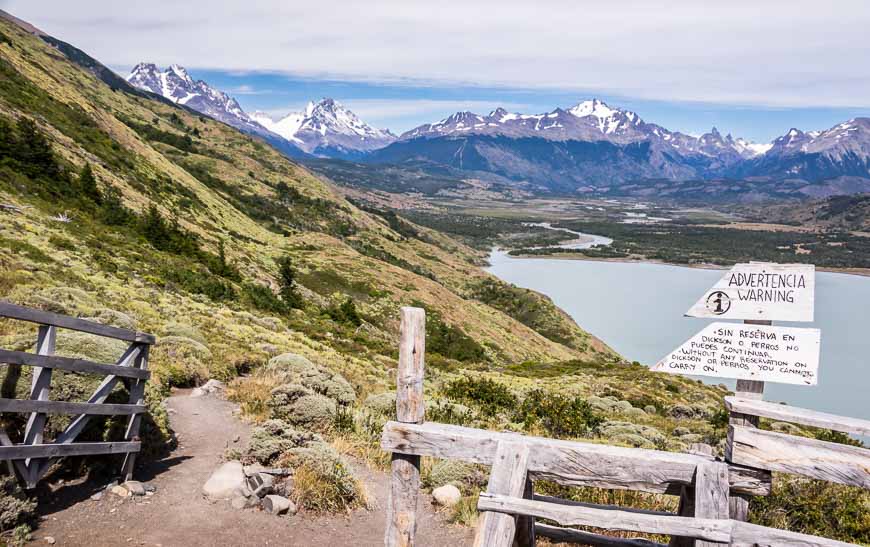 Scenery on the O Circuit in Torres del Paine

12 BEST Trekking Destinations in the World

Any serious trekker or backpacker is going to have their own version of the world’s top trekking destinations. My choices are based on experience, reading, chatting with fellow hikers and what’s still on my wish list. In my mind the treks have to offer great beauty and at least three days worth of walking. Here’s my version of 12 of the world’s top trekking destinations.

The West Coast Trail is a physically demanding 75 km hike stretching from Port Renfrew in the south to Bamfield in the north along the west coast of Vancouver Island.

If you’re lucky enough to have sun for the entire hike then this is a glorious introduction to temperate rain forests and the stunning beaches of Canada’s west coast. In rain it’s a tough slog through mud. Ideally allow six – eight days.

The Chilkoot Trail begins on tidewater in Alaska and climbs up and over mountains in British Columbia. It presents a unique backpacking opportunity, as this is a trail rich with history. It was the main trail used in the famous Klondike Gold Rush of the late 1800’s.

An international crowd of literally tens of thousands, fueled by dreams of riches, used the Chilkoot Trail to chase the gold in the Yukon. Most suffered incredible hardship, many never even made it and only a few got rich.

Today on the trail you’ll find plenty of reminders of their epic journey. You’ll also enjoy fantastic scenery, picturesque campsites and an international border at the top of the pass. Allow four – five days.

The trek through Peru’s Cordillera Blanca takes you within walking distance of Alpamayo, a spectacular mountain called by some the most beautiful on earth. It’s a remote trek and all food must be taken with you.

Donkeys and a donkey driver can be engaged for nominal fee at the trailhead. You reach altitudes of over 15,000 feet and cross many passes so acclimatization is important. Hike in June, July and August when it’s consistently sunny but be prepared for bone chilling nights. Allow 8-10 days.

Torres del Paine down in southern Chile offers a 5-10 day hike (depending on which version you do) through an area of soaring granite peaks, lakes, glaciers and forests. UNESCO world heritage status has been conferred upon the park because of its unique landscape and ecosystem.

The area is known for its fierce winds (in excess of 100 mph) and uncertain weather. Hike between the months of October to April for long hours of daylight.

Read: What You Need to Know to do the Torres del Paine Trek

Tour of Mont Blanc trek in France, Italy and Switzerland

No matter what, you hike through three countries – France, Italy and Switzerland over a 9-11 day period.

Alta Via 2 trek in Italy

The Alta Via 2 takes you through the stunning scenery of the Italian Dolomites and begins just south of the Austrian border. It’s a 75 km trek that usually takes 6-8 days.

If you’re challenged by exposure then this hike might not be for you especially on the sections known as the Via Ferrata -the road with irons. You have the option of staying in mountain huts rather than camping and much of the food can be purchased along the way.

The West Highland Way is Scotland’s first official and now famous long distance walk. It stretches 95 miles (152 km) from Milngavie in the south to Fort William in the north.

You can enjoy some of Scotland’s most spectacular scenery on this walk – including the views from Conic Hill and Devil’s Staircase, desolate walking across Rannoch Moor and plenty of Loch Lomond and Ben Lomond views.

It’s a five to eight day trek and best done between May and early October.

The Toubkal Circuit is primarily a summer trek through the High Atlas Mountains of Morocco. Spectacular scenery is the order of the day – from the Tichka Plateau through to gorges, forest and remote Berber villages. Allow about two weeks, and a day or two more if you plan to climb Mount Toubkal.

I did this trek well before it was discovered by the mainstream backpacking crowd (30 years ago) and what a stunning trek it was complete with wallabies at nighttime at the huts. Go prepared for inclement weather and lots of hiking in mud.

I don’t think flying over the Milford Track counts but because I did do that I know that there is superlative mountain and fjord scenery on offer. It’s one of New Zealand’s most popular treks, taking on average four days to trek 53 kilometres.

Hike through temperate rain forests and through groves of beech trees. Book well in advance as the walk is highly regulated and the huts fill quickly.

Everest Base Camp trek in Nepal

Although the trek sees throngs of hikers you can’t help but be wowed at some of the highest mountains on the planet. Drop dead gorgeous mountain scenery and the Sherpa culture conspire to make this a winning two week trek.

It’s been cleaned up considerably in the last few years too. You’ll also get the chance to visit a Buddhist Monastery in the middle of the Himalayas.

You’re going to need a month to do the Snowman Trek and to allow a few days for rests. Plus you’ll have to hike with a tour company.

What you get in return is a hike through a pristine landscape of rhododendron forests and big mountain scenery plus the chance to pass through small villages and Buddhist monasteries.