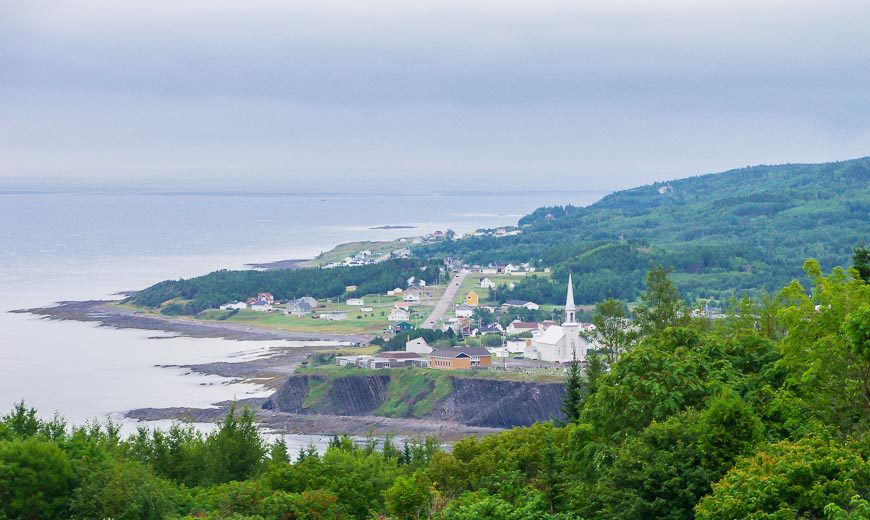 I’ve wanted to take the time and enjoy a road trip around the Gaspe Peninsula in Quebec – considered one of Canada’s most scenic drives, for years. But it’s not an easy place to get to. From Quebec City it’s at least a 4.5 hour drive and that’s just to Matane on the south shore of the St. Lawrence River.

Fortunately, one summer I had places I wanted to explore that were either in or adjacent to the Gaspé Peninsula – a hike in the Chic Chocs and one in Forillon National Park. So I was able to pull of a road trip around the Gaspé Peninsula. The hikes were accessed from different parts of the peninsula so over a couple of days I had a chance to enjoy world-class scenery – both along the coast and in the woods.

The coastal scenes that unfolded along the Gaspé Peninsula exceeded all my expectations. Even driving through the fog on the second day was beautiful – though that was mostly because the sun was trying so hard to peak through.

I think the prettiest parts of the drive are along the south shore of the St. Lawrence River through to Percé Rock. From Percé Rock all the way to Chaleur Bay it’s still pretty but it’s not nearly as dramatic.

I didn’t get as many photos as I would have liked. I was driving the car alone and didn’t want to cause a traffic accident with any sudden stops. But I truly couldn’t get over the drama as I wound my way along the base of cliffs which from afar looked impossibly steep for a road.

Here’s what you’ll see should on a 1095 km road trip around the Gaspé Peninsula on Route 132 starting in Rivière-du-Loup and finishing in Gaspé. Allow at least two days. Practice your French as there isn’t much English spoken.

Where to stay on a Gaspe Peninsula road trip

There is quite a lot of choice and a range of accommodation options as you travel on a road trip around the Gaspé Peninsula. There aren’t many truly luxurious places to stay but loads of comfortable ones, many boasting locations on the beach or at the very least as sea view.

Here are some ideas in the towns you pass through.

Matane – The Riotel Matane is located directly on the beach with a view of the St. Lawrence and Matane Rivers. For a B&B option that’s rated exceptional check out Auberge Bruine Océane.

Cap-Chat – Chalets Valmont offers colourful cabins on a beach with a restauarant but also a fully equipped kitchen.

Mont – Louise – If you’d like a well-appointed inn, Auberge L’Amarré should do the trick. Great location and colourful rooms.

Gaspé – If staying in a yurt appeals to you check out Aube Sur Mer, 100 m from a private beach. It’s only 1 km away from Forillon National Park.

Percé – In Percé, check out Riotel Perce, a hotel rated as fabulous. The views of the famous Percé Rock certainly are. In this town you’re only a boat ride away from Bonaventure Island – home to massive numbers of seabirds and pretty hiking trails. 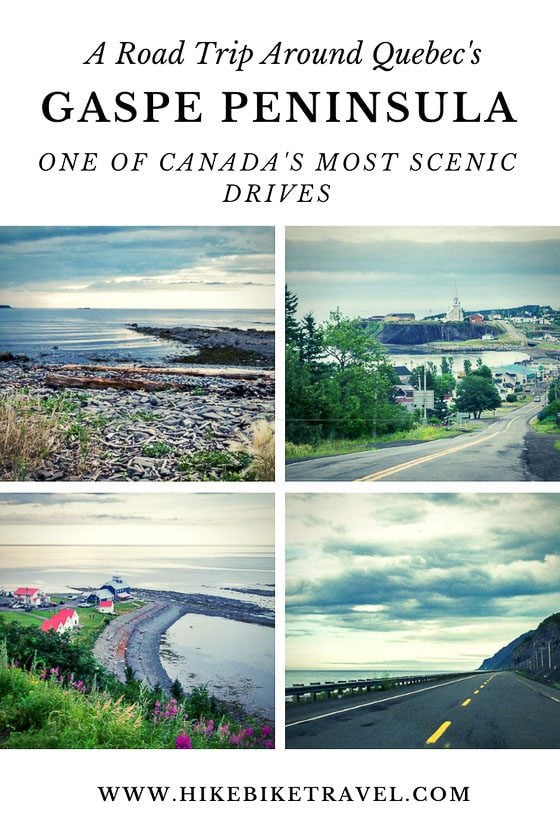