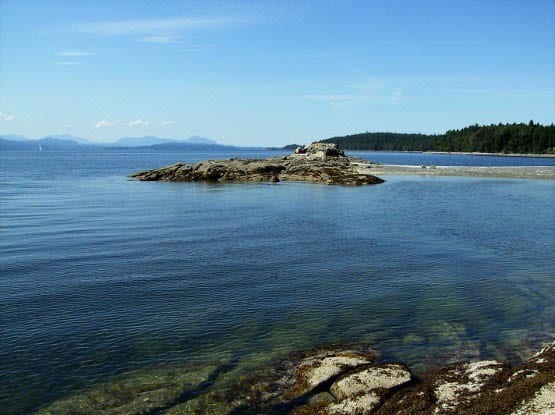 A kayaking trip to Tent Island in the Gulf Island’s of BC is the prescription for a perfect summer trip. Read what my friend Heather Priest has to say about her kayaking adventure to Tent Island.

“We’re all aware of British Columbia’s major Gulf Islands but for those of us with kayaks or boats there are many many more small islands to discover. A recent kayaking trip to Tent Island in the Gulf Islands proved to be a spot worth sharing!”

I don’t know what’s got into people since COVID started but apparently respect for the land and leave no trace principles have gone right out the door for a lot of people. What that means for Tent Island is that setting foot on the island is now thought of as trespassing and the Penelakut Tribe is now considering patrols be done because of this ignorance. They may even take legal action.

So for those of you who are responsible, please change your ways. There’s no excuse for littering and showing disrespect for the land – and you end up ruining it for everyone!

Where is Tent Island?

Tent Island is located in the Gulf Islands just south of Kuper and Thetis Islands. It was previously leased as a provincial park some years ago.

Now the island is back under the jurisdiction of the Penelakut Band who very generously allow camping with the proviso that you phone the band office and request permission, at which time they suggest that if you would like to send a donation you can do so – all on the honour system.

Tent Island is marine access only. There are no roads or homes on the island. At the time of writing there is no fresh water available either.

With the exception of some spots closest to the large sandy beaches, tent sites are separate and private with only the odd deer trail crossing the island. There are brand new outhouses scattered nearest the best campsites.

Getting to Tent Island in the Gulf Islands

Launch at the northern tip of Salt Spring Island at Southey Point. You end up with a nice paddle – reaching Tent Island by skimming over the white shell tombolo that connects the northern end of Tent Island to Kuper Island at very low tides. It happens to be a great place to collect huge cockle and moon snail shells.

Being a beach fan I was impressed by the white shell beaches as we approached the northern tip, the remains of ancient middens still visible compacted into the roots of the trees hugging the shore.

Paddle past the sandstone outcroppings brings you to a beautiful sand lagoon, the reason why Tent Island boasts the warmest swimming water north of Mexico!

If you continue paddling past more sculpted sandstone you reach another larger sandy bay where a few boats moor in relative safety from the wind. For kayakers there are endless spots where you can land easily and safely, the only exception being the tall sandstone cliffs on the southeast end.

You can pitch your tent wherever you like, either on the beach or on the grassy areas amongst the Madrona trees. It surpassed my expectations by far as a place I would want to visit regularly.

A narrow trail leads to the other side of the island where you can walk out past a shallow cove to the southerly tip of the island. However to see the sandstone formations on the southwest side you will need to see them from the water.

If you are into more isolated camping there are a couple of spots located at the southern tip which are not connected to the rest of the island by trails. The rest of the beach areas are rock or pebble so they’re not as comfy for camping or lying on to enjoy the view.

Like most Gulf Island locations it was showing a bit of late summer wear from the boaters who love this spot not only for its beauty but also for it’s feeling of unsanctioned freedom.

I hate to see Tent Island become too popular but let me quietly suggest to you that it’s worth a visit if you get the chance.

Note that in 2020 you must pay for the privilege of camping and visiting Tent Island.

There is a great post here with all the information you need. Unfortunately since my spring update the band has changed their mind because of littering and lack of respect for the land. What a shame! 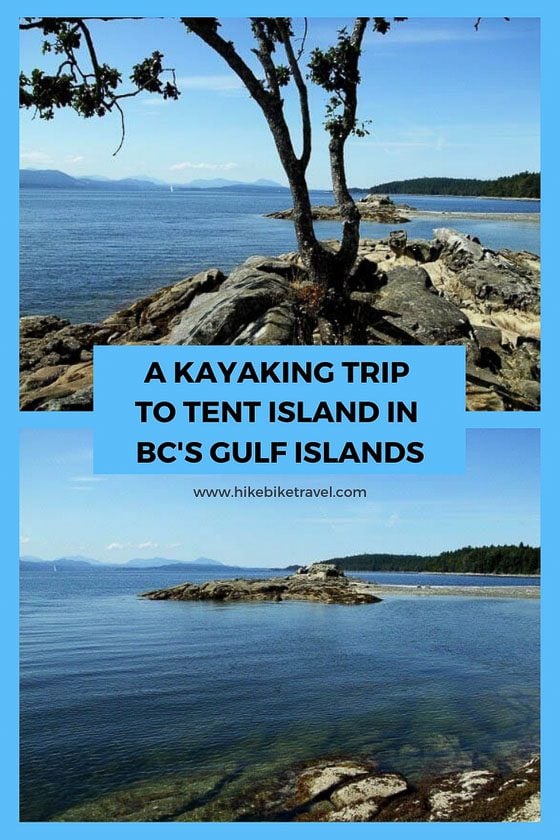