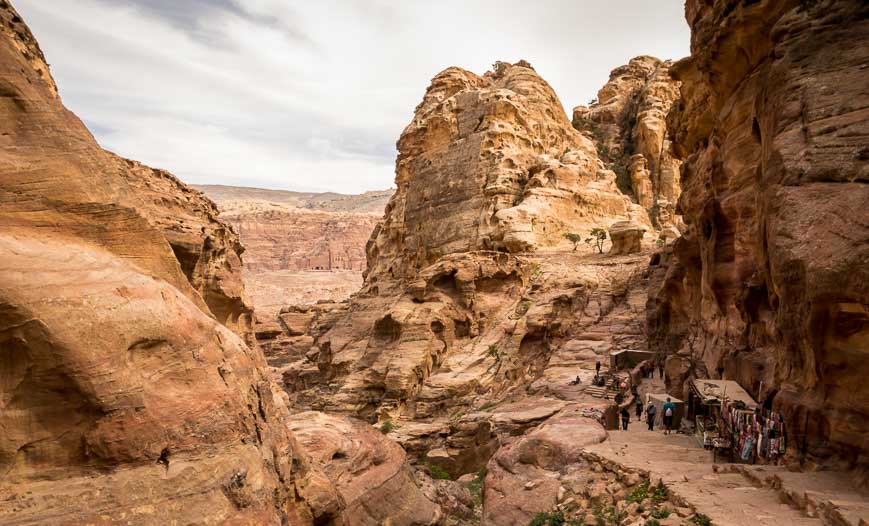 Petra Monastery Via a Stunning Hike

A must see on any trip to Jordan

The hike to the Petra Monastery was the highlight of my day in the rose-coloured city of Petra. The Monastery, called Ad Deir in Arabic, is half-carved, half-built out of rock. It was completed sometime in the 1st century by the Nabateans, a group of nomadic Arab people.

The impressive facade of the Petra Monastery measures approximately 45 m high by 50 m wide. While it resembles the Treasury, the most famous of the many impressive sights in Petra, it’s not nearly so ornate.

Petra is an ancient city made of red sandstone in southern Jordan not far from both the Red Sea and the Dead Sea. Its home to numerous elaborate temples and tombs – many of which you can visit as you walk through the city.

It’s also famous for its early water engineering. A sophisticated network of aqueducts, cisterns, water channels and a diversion dam were built over several hundred years with the project complete sometime around the first century AD.

There’s even a copper mine that is considered to be “an outstanding example of mining structures dating from the fourth millennium.” For these reasons Petra received UNESCO status in 1985 and in 2007 it was named one of the new Seven Wonders of the World.

The hike to the Petra Monastery

The monastery is likely going to be one of the last places you visit on a day trip to Petra on account of its location. First you have to hike in 4 km from the main Visitor Centre. There’s nothing hard about the hike though it might be stinking hot (35°C plus), depending on the time of the year you visit.

Along the way you’ll want to stop at some of the many highlights including the Treasury and the Royal Tombs. If it’s hot, get something cold to drink at the Basin Restaurant and Museum, located at the start of the trail to the Monastery.

A lot of people don’t make it to the Monastery which is a real shame. Leave time and energy so you can do it. Allow at least an hour to do the hike up – less if you’re in great shape, more if you’re not. An afternoon hike is perfect for much of the trail is in shade – and the Monastery itself is in full sun.

Although it’s less than a mile to the Monastery from the restaurant you must climb approximately 850 oddly spaced steps. The trail is in great shape but be prepared for a donkey- squeeze in a few tight spots. There are lots of places to rest and reportedly a tranquil holy spring two-thirds of the way up.

Even if you’re suffering from temple fatigue by the afternoon, do the hike for the fabulous views of the entire Petra basin and the Wadi Araba.

Can you ride a donkey to the Petra Monastery?

It’s possible to ride a donkey to the Monastery. But I have my doubts about how well they are treated. Walking is the preferable way to go as the donkey’s hooves are damaging the sandstone steps.

What to see near the Petra Monastery?

If you’re into monuments and carvings there is plenty to explore around the Monastery. Nabatean caves, cistern and tombs can be found in a cliff to the north of the Monastery. There’s a cave and stone circle behind the restaurant and there are superb views – both calling themselves the best view in the world, above the Monastery.

I recommend hiking to both as the views are quite different. The one on the right as you’re heading away from the Monastery offers a cup of tea along with a rugged mountain panorama. The viewpoint on the left provides a great overview of the Monastery itself.

On my bike trip to Jordan with Exodus Travels, a full day in the itinerary was allotted to Petra. You need that amount to do the city justice so I’m glad it was included.

The only other thing I would personally have liked to have done is The High Place of Sacrifice Trail. The views from the top look amazing in any photos I’ve seen. 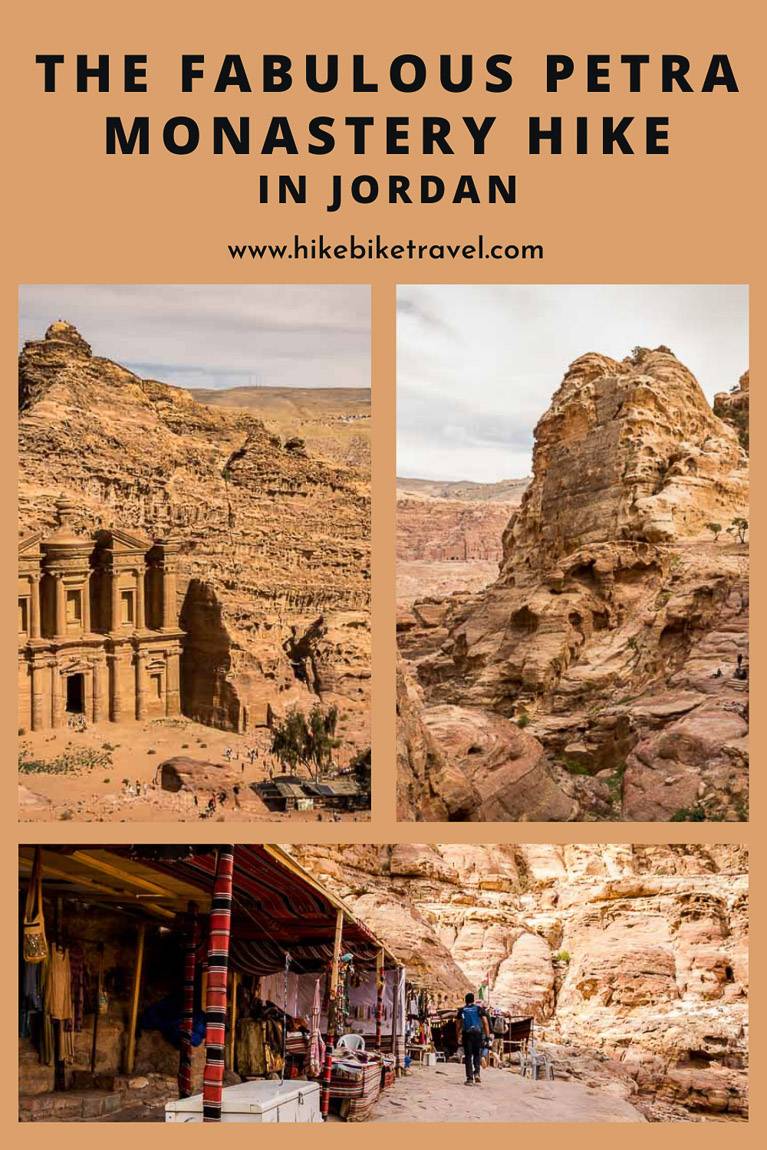