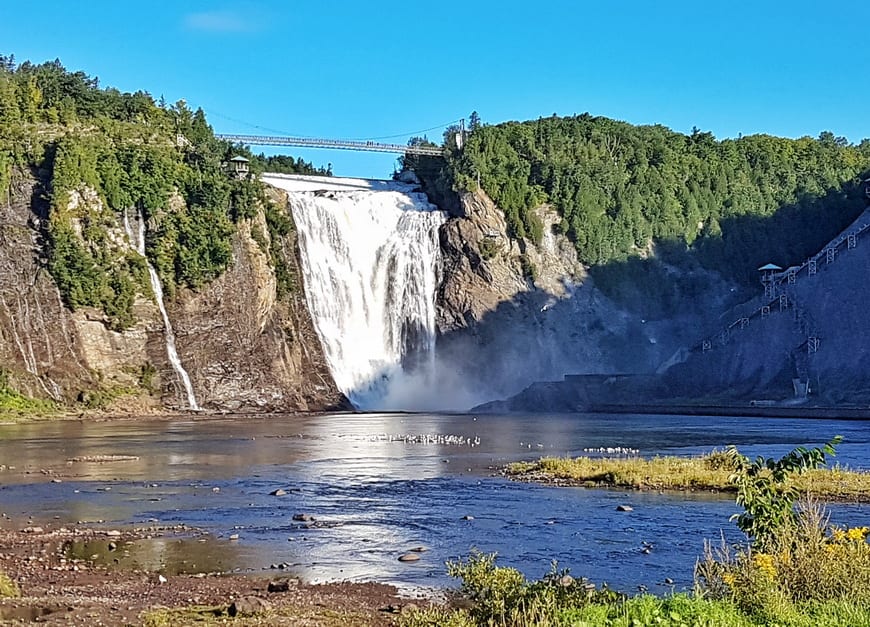 I’m curious by nature and it’s one of the reasons I love to travel. On every trip I learn something – whether it’s the history that was never taught in school or the lay of the land you only get by exploring on foot. Here are 10 things I didn’t know about Quebec City before my latest visit.

Quebec City’s Winter Carnival has been around in one form or another since 1894 (a few years were missed during the wars and he Depression) though it wasn’t until 1954 that Bonhomme was born.

It is now the largest winter carnival in the world and the third largest carnival after Rio and New Orleans. The carnival continues to add activities including a canoe race through the ice across the St. Lawrence River. In 2022 the carnival begins on February 4th and goes through until February 13th.

The Hôtel de Glace in Quebec City (the only ice hotel in North America) requires 30 thousand tons of snow to build and 500 tons of ice. Molds are used and the finished building material is three times stronger than concrete.

The inside temperature for sleeping is between -3°C and -5°C, toasty enough when you’ve got the right sleeping bag. To date approximately 55,000 people have spent the night. It opens its doors in 2020 on  January 3rd.

Did you know Montmorency Falls, named by Champlain for the Duke of Montmorency, are actually 30 metres higher than Niagara Falls. To experience them you can walk the boardwalk to a suspended footbridge for a bird’s eye view over the falls.

If you’re a thrill seeker you can zipline 120 metres across the falls. And in winter you can actually climb the walls of the frozen falls. No matter how you decide to see them, you’ll get impressive views of Île d’Orléans, the St. Lawrence River and Québec City itself.

When is caribou not the animal?

Although there are lots of caribou in the province of Quebec, it has an entirely different meaning at the Quebec Winter Carnival. Caribou – the drink of choice, is a mixture of red wine, hard liquor and maple syrup or sugar. It’s absolutely delicious.

It takes 20 days to build the course, 5 days to dismantle it and on the day before the race, 400 workers are needed. The track is 460 metres long and is made of steel, wood, plastic mats with coolant and then about 10 centimetres of ice.

Where is the most photographed hotel in the world?

Fairmont Le Château Frontenac, is the most photographed hotel in the world. It has been open since 1893.

In 1981 it became a National Historic Site in Canada and on June 4, 1993, Canada Post issued a commemorative stamp displaying the hotel. It has been the site of many historical meetings including two Québec conferences, one of which included discussion of Second World War strategies.

There are over 30 museums in Quebec City including a maple and a chocolate museum. Don’t miss a visit to Musées de la civilisation – the most popular museum in Quebec City.

Over 20,000 trees have been planted on the Plains of Abraham. It’s the tenth largest public park in the world.

The Pentathalon des Neiges is the biggest multi-sport winter event in the world with five sports to complete – biking, running, cross-country skiing, skating and snowshoeing. It can be competed solo or as part of a team, with much of it taking place on the Plains of Abraham.

One of the wonderful aspects of the event is that it is family-friendly with the youngest participant a mere two years of age. The oldest competitor so far has been an 81 year old.

Quebec City knows how to make the most of winter

Villages Vacances Valcartier is the largest winter playground in North America. It’s got 35 snow slides, skating trails, 5,000 inner tubes and 17 lifts as well as snow rafting. People in Quebec City sure know how to embrace winter!! 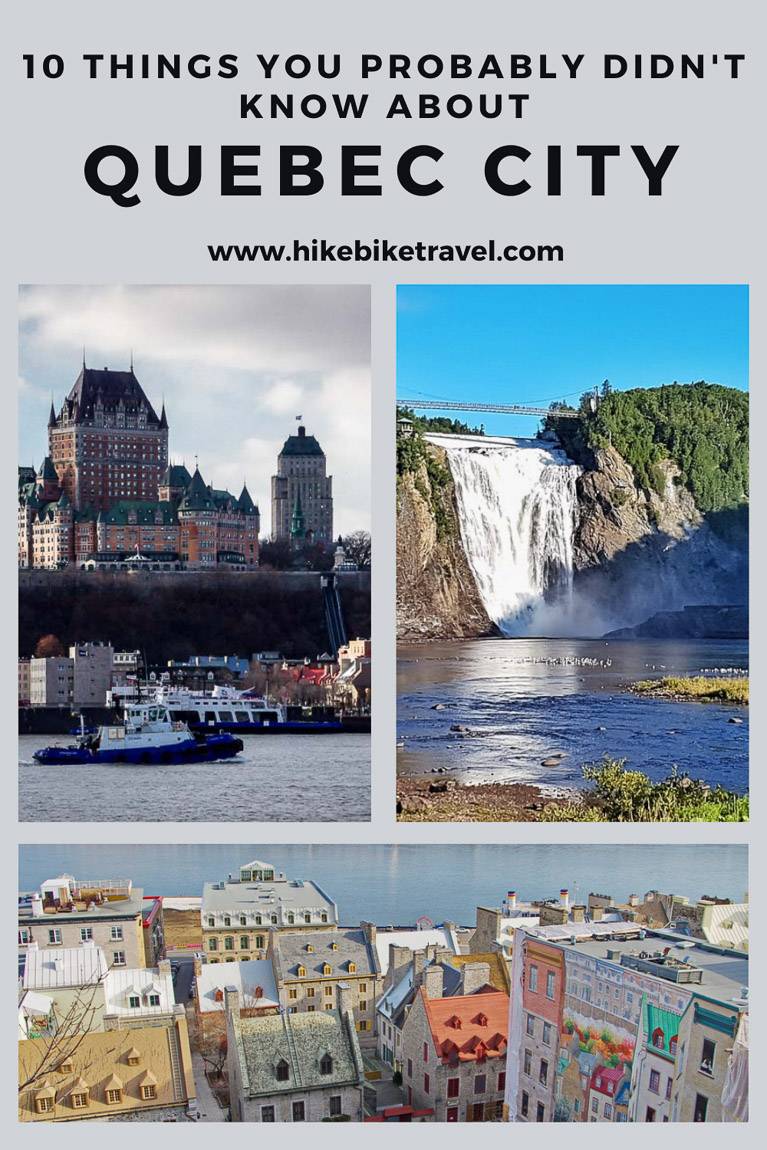