December is not traditionally a time for tourists in Quebec City and as such it’s a great time to go. Prices are lower, there’s lots to do both inside and out and there’s a real magic to the city – especially with so many Christmas lights and beautiful decorations. 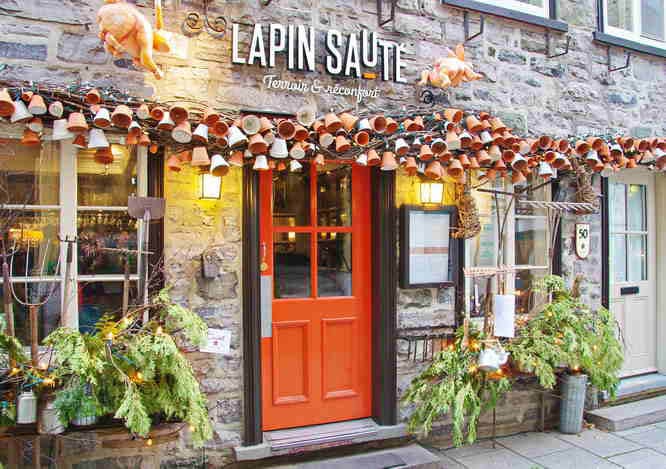 Over a weekend you could easily fit in a visit to all of the following places. Park you car for everything but the aquarium. Quebec City is a great walking city and easy to navigate.

Considered to be one of the prettiest streets in Canada, Rue de Petit Champlain is at its festive best in the winter months when it’s draped in garlands and covered in lights. A little snow makes it that much prettier – though this year it’s late in coming.

Home to galleries, boutiques and local restaurants you’ll have no problem finding lots of French onion soup and poutine – along with vin chaud and hot chocolate to warm you up.

Château Frontenac serves as a backdrop and is easily accessed via a climb on the famous breakneck staircase or via a quick ride up on the funicular. 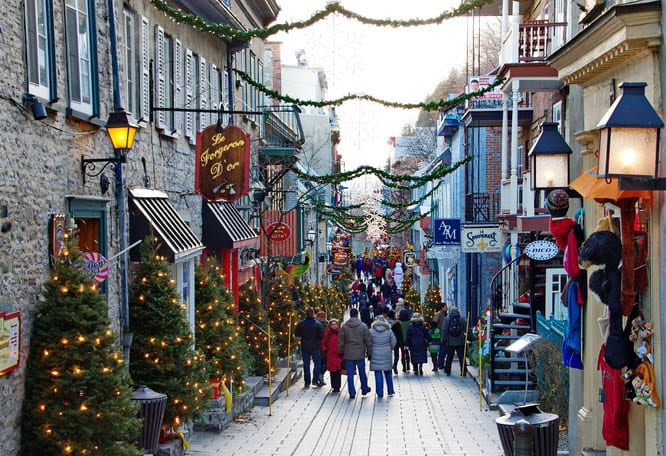 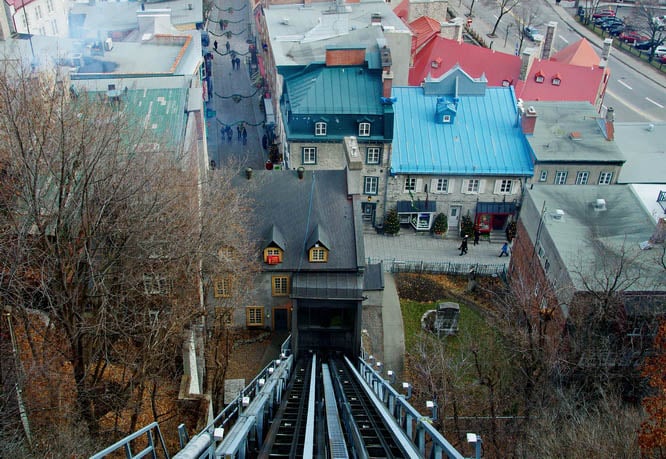 The view from Quebec City’s funicular

Check out the German Christmas Market

Looking for some Christmas cheer with an authentic German twist in old town Quebec City? Head for the German Christmas market – now going into its twelfth year (2019).

For a taste of real German food don’t miss the food tent where you can chow down on a traditional currywurst with sauerkraut while listening to music. Check the opening times as they vary from year to year. And be prepared for some crowds as this market is hugely growing in popularity. 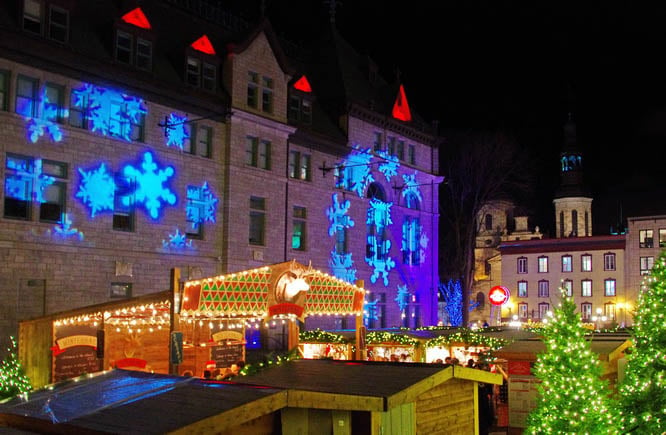 Twinkling lights at the German Christmas Market in Quebec City 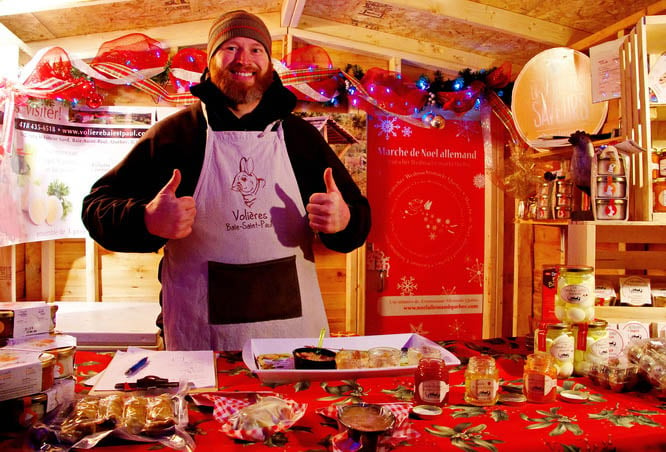 Selling locally made foods with an upbeat attitude

When you need a break from the craziness of the holidays, whether it be for a few hours over lunch or a multi-night stay, check out Le Monastere de Augustine, in the heart of old town Quebec beside Hotel Dieu.

Recently transformed from a monastery to a hotel, it already holds the rank as one of the top three healing hotels of the world. You feel a sense of peace and calm the minute you walk in the door. Visitors can tour the museum – an incredibly interesting space and very well presented. Or show up for a very delicious lunch with vegan options available. 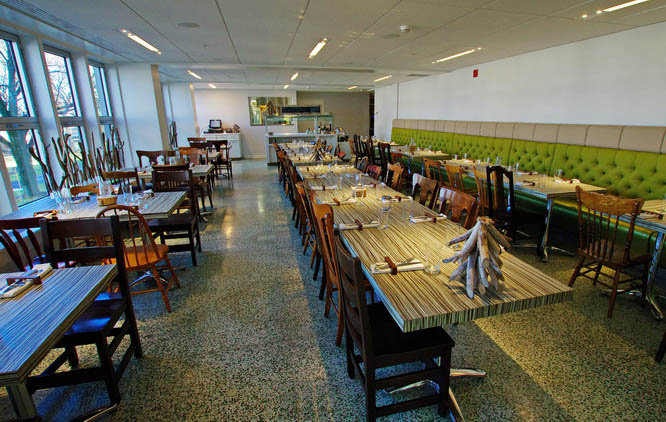 The restaurant in the monastery

If you only have a few hours, lunch is what I’d suggest. Start at the soup and salad bar where you can load up on chickpea, beet, quinoa, lentil, carrot and several other super healthy, visually appealing salads.

Fill a bowl with soup, grab a few slices of artisan bread – and then wait for your main course…and a small dessert. The all-inclusive price is $25.

Take a few hours to enjoy your lunch in this serene setting. You’re only a block or two from Rue St. Jean so you can get back to shopping and sightseeing very easily. 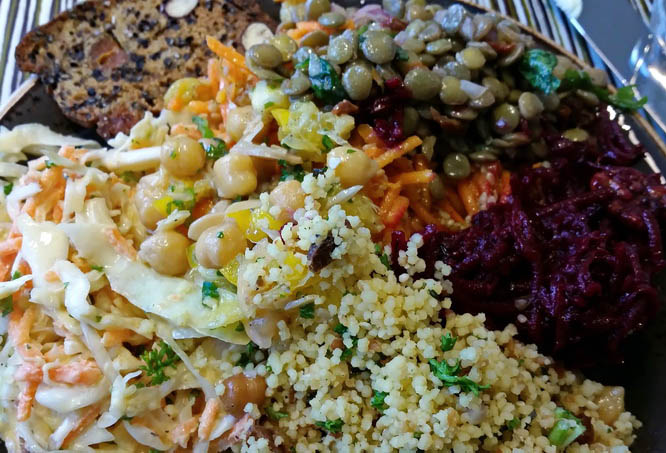 Pop into the Quebec Aquarium

I didn’t even know there was an Aquarium in Quebec City until my December visit. It was primarily filled with families but I thought it was a fun and educational place to visit.

You could easily spend two hours here checking out all the displays. There’s a pavilion devoted to seahorses and jellyfish while another one is full of fish and creatures from the St. Lawrence River.

A selection of northern mammals can also be seen including seals, walruses and Arctic fox – perhaps even some polar bears but I missed that. It’s decorated for Christmas so show up after the sun goes down so you can enjoy the beauty of the light display. 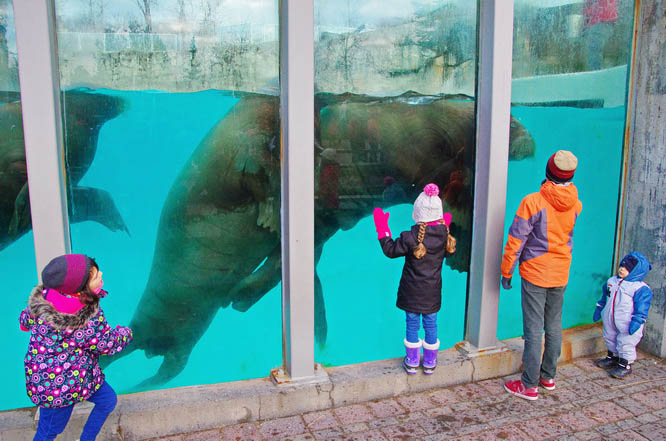 Checking out the walrus at the Quebec City Aquarium 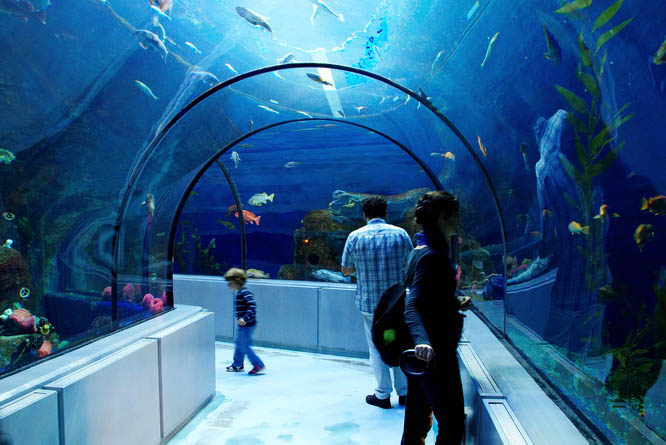 Walking through a tunnel of fish 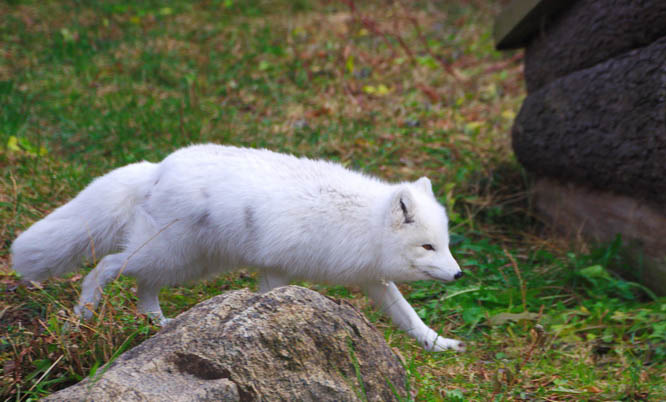 The Arctic fox does not sit still for long

Walk the Wall in Quebec City

In Quebec City, the Ramparts are the only fortified city walls remaining north of Mexico. The wall surrounds a good chunk of the old city.

In theory you can walk on or beside the wall for about 4 kilometres – but not as a continuous stretch. I did a beautiful section from the St. Louis gate up towards the Citadel so I could get views over the St. Lawrence River.

If you pick up a detailed city map, you’ll see where you can follow the wall. It’s a great walk – loaded with history and beautiful scenes. 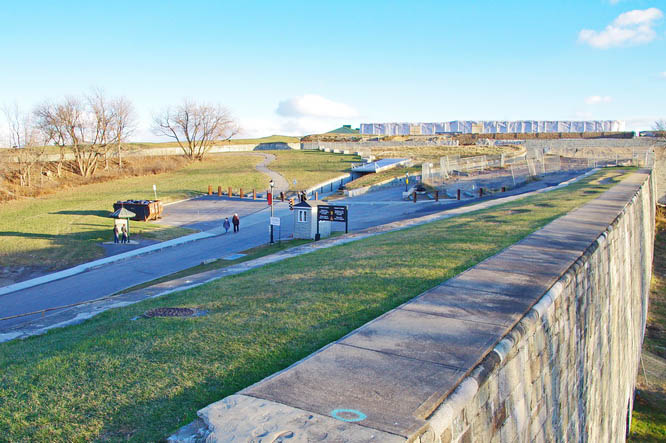 Walk alongside the wall in the vicinity of the Quebec Citadel 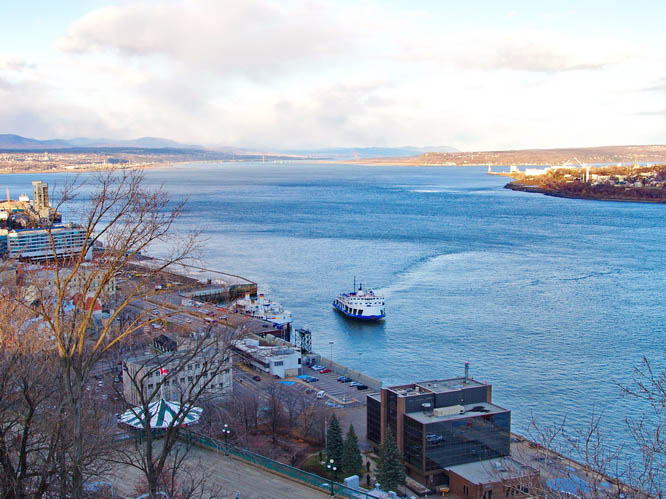 Looking out over the St. Lawrence River from the wall around the Citadel 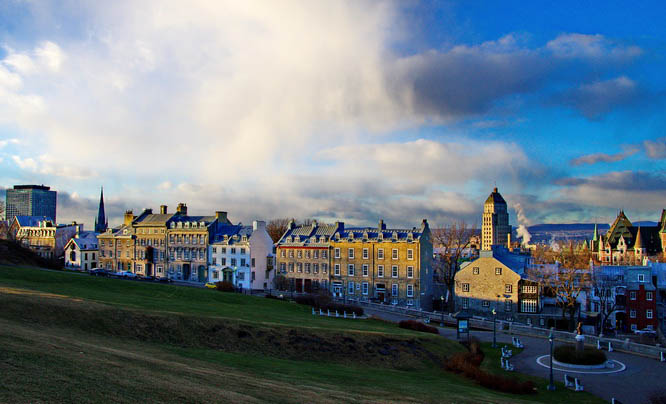 I’m a fan of Quebec City – and always have been. It’s a city where people embrace winter and get out to enjoy it. December is no exception. There’s a real joie de vivre; people are friendly and it’s full of atmosphere. And although I was a guest of Quebec City Tourism, my thoughts on the city are mine alone and I’d go back in a heartbeat.

Where to stay in Quebec City

If you want to splurge and stay in what is called the most photographed hotel in the world check out Fairmont Le Chateau Frontenac.

I can also personally recommend the Hotel Marriott Quebec Centre-Ville and Hotel Chateau Laurier near the Plains of Abraham.

We have also a very good B&B experience at a reasonable price in the downtown core at Auberge La Chouette.

Further reading on traveling in Quebec 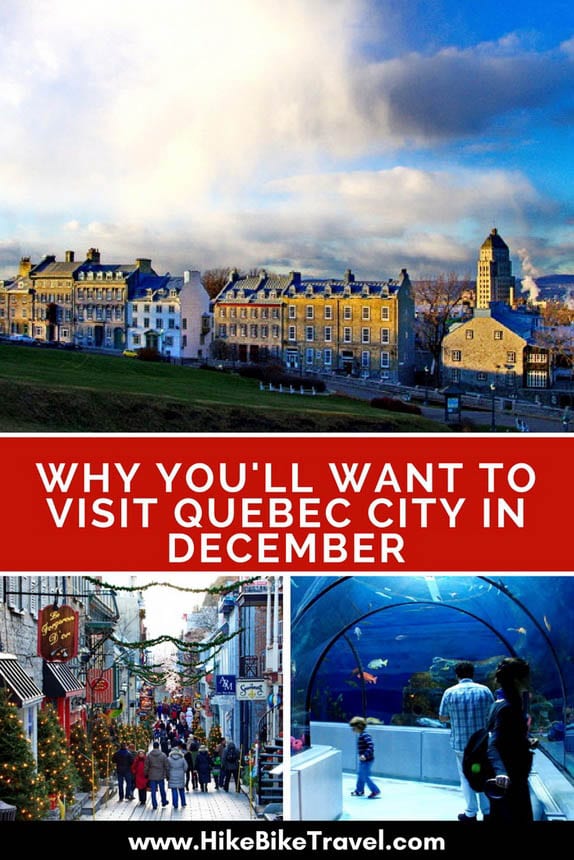 A Two Day Kayaking Trip on the Saguenay Fjord in Quebec

One winter I was fortunate to have a few days to visit Mont Tremblant Quebec.…

The Hike to the Carbide Willson Ruins in Gatineau Park