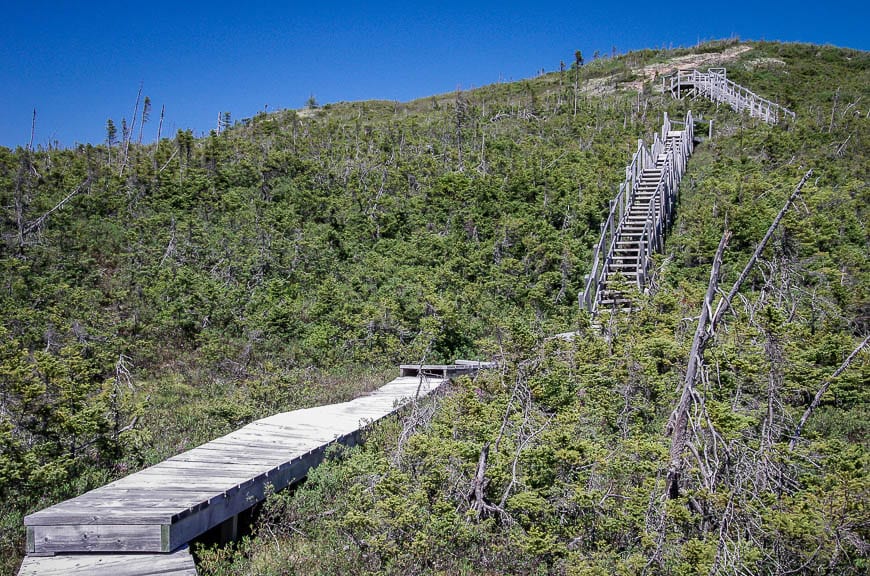 It’s not a spot on the radar of many BUT if you’re driving the Trans-Canada Highway northeast of Deer Lake, then it’s worth making the three to four hour stop to hike the Alexander Murray trail.

The trail is a study in stair construction and design. There are 2,200 stairs in total – both going up and coming down that you’ll have to hike. Despite the fact that you may be winded doing this – you may even be cursing at times, the stairs make the hiking a whole lot easier.

The trail is incredibly well marked. At various locations there are signs indicating the distance and how long you can expect it to take to the next signed area. For those of you, who worry about getting lost, fear not.

There is the chance to see wildlife, though the best we could so was the grouse pictured below.

You do hike through an area called Moose Barrens, where you’ll spot plenty of moose poop, but unfortunately for us not a single moose. Mind you, it was hot on the day we did it, so any moose in the area were probably taking a siesta.

It requires a descent of over 200 stairs – which is easy enough – but then you have to ascend those stairs to the main trail and continue on to the summit.

Do it, especially on a hot day as it’s cool at the bottom. And the pool at the base of the falls certainly looks inviting too.

Once you’re back to the main trail, these are the stairs you can look forward to climbing.

Beautiful views from the summit

The summit, called HayPook offers 360 degree views. Look down the Southwest Arm of Green Bay, where you can spot icebergs this year. You’ll also see the Gaff Topsails, a geological feature known as drumlins on the southwestern horizon.

The descent from the summit is via a combination of stairs and dirt trail. It passes two waterfalls – Roswell’s and Gull Brook Falls as well as a campsite with a couple of tent platforms.

Generally, the descent is very pleasant with the stairs well-spaced. There is one bridge that is washed out where you have to remove shoes to wade across – at least when we did it.

Once you’re back at the Moose Barrens it’s a quick 30 minute hike back to the parking lot.

Useful information about the hiking trail

Expect it to take 3-5 hours depending on what sort of shape you’re in.

The trail is free to hike though donations for trail maintenance are gratefully accepted.

During business hours at the Visitor Center you can purchase drinks and snacks – as well as quilts and jam.

Before or after your hike, drive into town and eat at By the Sea Inn and Cafe. You can also spend the night.

The trail starts by the entrance of the town of King’s Point at the Visitor Center in central Newfoundland, just 12 kilometres off the Trans-Canada Highway via Highway 391. The trail is located approximately 132 kilometres northeast of Deer Lake.

Further reading on hiking in Newfoundland

Visit the Newfoundland and Labrador Tourism website for more help with planning your vacation. 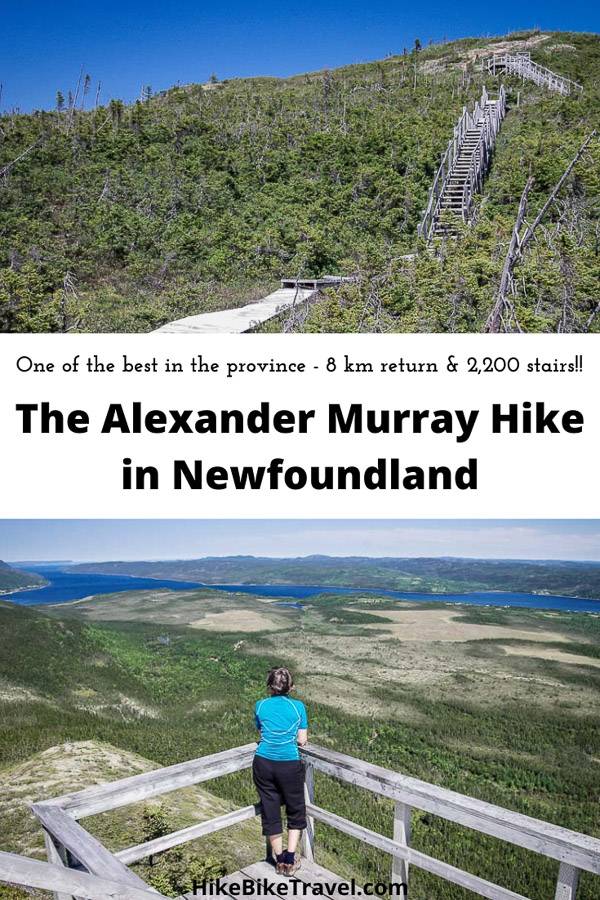 ***Thank you to Adventure Central Newfoundland for making this trip possible.***