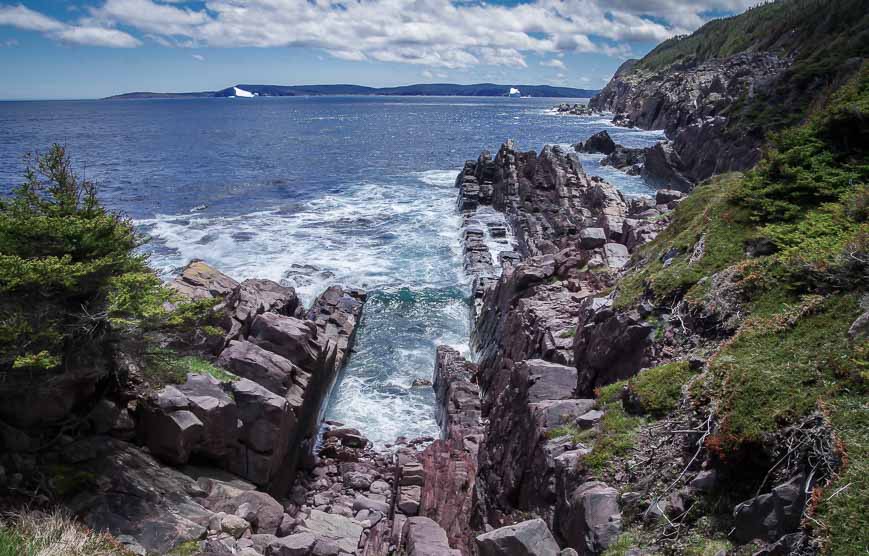 You’re in for a treat should you be lucky enough to hike the Sugarloaf Path – an 8.9 km section of the East Coast Trail hike near St. John’s Newfoundland. The Sugarloaf Path section starts at the Ocean Sciences Center in Logy Bay – just a 10 to 15 minute drive from downtown St. John’s so it’s easily accessible by taxi as a one way day trip from the city.

I managed to do a couple of sections of the trail over a few days while based in St. John’s.

This section of the trail is a standout for coastal scenery from start to finish, and even more so when I was there since there were a couple of icebergs floating just outside of St. John’s Harbour.

The trail is rated as difficult by the East Coast Trail Association because of more than 150 m of elevation gain. I would call it a moderate hike based on what I normally do. They suggest allowing 3 – 5 hours to complete the hike which when reading the description seemed excessive.

The path has its fair share of ups and downs so paying attention to your footing is important. And if you have any interest in photography or flora then there are plenty of reasons to stop – and just stare out to sea.

We were in Quidi Vidi Village approximately four hours after starting with a nice long break for lunch. The trail is extremely well marked and the only negative is the fact that you must pass close to the Robin Hood Bay Sanitary Landfill – the city dump. There is no smell but there is a bit of wind blown garbage which volunteers try to clean up regularly.

There are several options to return to St. John’s. Hitchhike, take Metro bus 15 that operates about every 30 minutes, seven days a week or walk back.

In about 20 minutes you’ll arrive at the top of Signal Hill. But before arriving, you’ll pass by a massive bald eagle’s nest. When we were there two babies could be seen that were about six weeks old.

There’s a photographer – Wayne Norman – who has been documenting their lives since hatching. Check him out on Flickr. After admiring the views from the top of Signal Hill we wandered down the road and walked right to our B&B.

It was a perfect day.

For more information on all the sections of the trail visit their website. 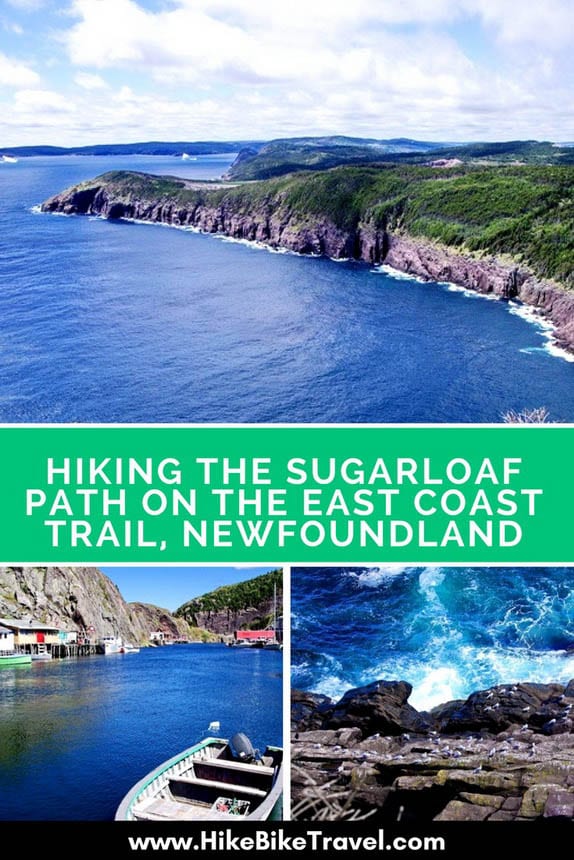