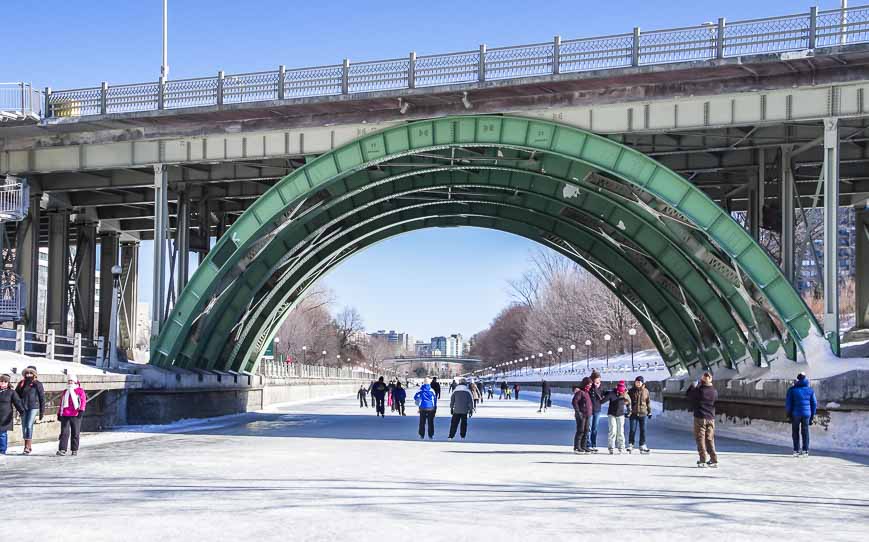 Skating the Rideau Canal in Ottawa

One of the best things to do in winter in Ottawa

I look at the car thermometer. It reads -14°C without the wind-chill at 2 PM. Then I look at my husband – and he’s got a giant smile plastered all over his face. The one thing he likes to do more than anything else in the world is skate. And one of the best places in the world for skating is the Rideau Canal in Ottawa – also a UNESCO World Heritage Site. Cold temperatures be damned!

The canal is a place for people of all ages. You might see toddlers taking their first steps on ice, tweens getting a taste of freedom or young couples out skating hand in hand. And of course there are families and the odd weekend warrior out to break distance or speed records.

You can rent skates on the Rideau Canal

We’re in Ottawa with a few hours to spare before catching a plane back to Calgary. It’s easy to rent skates at the Rideau Canal so I do. (Rent skates at either end of the canal.) John brought his with him just in case.

Although I grew up in Ottawa skating on this canal it’s been well over 30 years since I’ve been back. I’m a little shaky for the first kilometre but in no time I’ve got the hang of it again.

The 202 kilometre Rideau Canal, the oldest continuously operating canal system in North America (and hence it’s reason for being included as a UNESCO site), was built as a supply route between Montreal and Kingston. Although the canal was finished in 1832 it wasn’t until the winter of 1970 – 1971 that the canal was opened to skaters.

The Rideau Canal is the largest, naturally frozen ice rink in the world with a skating surface equivalent to 90 Olympic hockey rinks – enough to earn it a spot in the Guinness Book of World Records. (The longest naturally frozen rink is on the Red and Assiniboine Rivers in Winnipeg.)

The area open for skating on the Rideau Canal runs 7.8 kilometres from the National Arts Center in downtown Ottawa past Dows Lake and on up to the Hartwell Locks.

We do 13.2 kilometres in total in about 90 minutes including a break for a Beavertail (fried dough with cinnamon and sugar) and hot apple cider.

Of course we have to pose for a picture as well.

The Rideau Canal has been a huge tourist attraction for years. The annual Winterlude Festival in February draws up to 600,000 people over the 18 day event. And in a typical season the canal sees over one million skater visits.

When is the Rideau Canal open for skating?

The Rideau Canal is open 24 hours a day though first aid isn’t available after 10 or 11 PM. It’s free to skate but you’ll likely have to pay for parking. Skates can be rented at Dow’s Lake or at Capital Skates on either the Mackenzie King Bridge or on 5th Avenue.

Despite the cold temperatures I was warm. Bundle up, wear a face mask if necessary and avail yourself of the warming huts along the route.

The canal season varies from winter to winter. The year we skated we got lucky as it’s often closed by the beginning of March. It’s hard to know when the canal will close  when Mother Nature is in charge. Check out the Rideau Canal Skateway website for the latest on opening times and conditions. 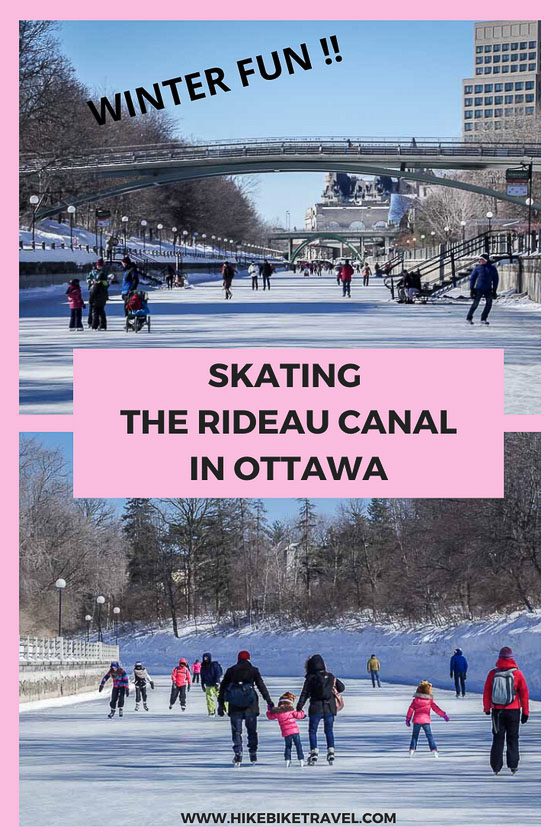