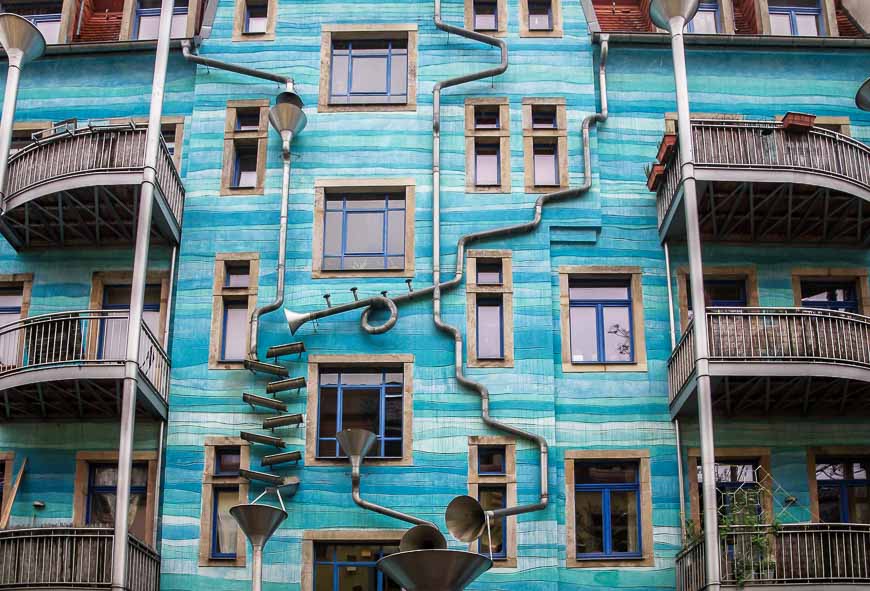 What to do in Dresden, Germany when you only have a few days? It’s enough time to scratch the surface of this beautiful city but it’s not nearly enough time to see all the sights. Dresden is a city of about half a million inhabitants and one of the most beautiful cities in Europe I’ve ever had the pleasure to visit. The city was known as the jewel box for its cultural splendour. But towards the end of WWII the city center was bombed and basically destroyed. You wouldn’t know it to see it now. It’s a Baroque beauty.

Dresden is beautifully situated on the River Elbe, less than an hour away from the Czech border. It’s located in eastern Germany, 190 km due south of Berlin and 120 km southeast of Leipzig.

I arrived in Dresden via a 90 minute train ride from Leipzig. Trains run frequently and in fact on the way home I took the trail DIRECTLY from Dresden to the Frankfurt Airport – without having to change trains. Brilliant is how I would describe Germany’s train system.

Once off the train, my companions and I headed for the ubiquitous information booth that you seem to find in every train terminal in Germany. Within minutes, we had maps, tickets for the tram and our train tickets for our next destination.

I’m not going to lie to you and tell you it would be as easy for you as it was for me to get to our hotel in Dresden’s inner city. One of my travel companions, Elena smoothed the way on numerous occasions.

But still, I found people very helpful and it seems that most Germans have a smattering of English. The tram system is wonderful – cheap and fast. Validate your ticket ON the tram.

Where we stayed in Dresden

Look for signage once you’re on the tram telling you what the next destination is. For us it was Tram 7 from the train station to the Synagogue stop. From there it was a five minute walk to the very well situated – and very lovely Vienna House QF Hotel Dresden.

The following are some of the best things to do if you have just two days in Dresden.

Within a five minute walk of the Vienna House QF Hotel you’ll find the Brüshlsche Terrace, nicknamed the Balcony of Europe. It sits above the River Elbe as it was once part of the cities fortifications. Now the Brüshlsche Terrace is a lovely promenade, with lots of benches that are perfect for enjoying the view of the river – and the people walking by.

The area around it is also home to the Albertinum – a museum displaying art from the Romantic period through to present day rich. You’ll be in Baroque architecture overload in this part of the city. I’d call it one of the must see spots in Dresden.

Be sure to include a wander through the Brüshlsche Gardens as well.

Zwinger is a palace built in the Rococo style by architect Matthäus Daniel Pöppelmann. In the past it’s served as festival arena of the Dresden Court, but today it serves as a museum complex.

You could easily spend a day here checking out the Old Master Picture Gallery, the Mathematisch-Physikalischer Salon and the Dresden Porcelain Collection. You can wander the beautiful grounds at no charge.

Located right outside my hotel door, Neumarkt is Dresden’s inner city that has been rebuilt over time. Extremely popular, it’s pedestrian friendly and boasts lots of cafes, shops and restaurants.

The standout building is the Frauenkirche, rebuilt after German reunification with some of the original bricks. I had the immense pleasure of listening to St. John’s Passion in this church – and would highly recommend attending any sort of service where you can hear some choral music. The acoustics are phenomenal.

Just off Gorlitzerstrasse in Neustadt, look for the Kunsthofpassage. It’s a series of linked courtyards off the main street – in a rainbow of colours  – and all very arty. Located within the courtyards you’ll find art galleries, cafes and restaurants. Don’t miss a stop here. It was one of my favourite areas to walk around in Dresden.

The grungy but oh so cool Neustadt area

The Neustadt area is one that is best explored on foot. It’s easy to get to with lots of trams going right by Albertplatz, the intersection of the main roads and a starting place for your exploration.

The area is grungy and edgy but very cool. I loved walking the streets – where graffiti is everywhere. It’s loaded with restaurants, off beat shops and lots of bars. It’s also home to several museums including The State Museum of Ethnology, the Dresden Soccer Museum and the Japanese Palace.

Look for the stumbling blocks

Blocks are located outside the homes people were snatched from and can be seen in a few places in Neustadt.

Go for a walk beside the Elbe River

There are loads of options for walking beside or near the Elbe River. You can do an out and back trip or pick up a city map, look for a bridge and do a loop. You could walk for days if the spirit moved you – enjoying the boat traffic, castles along the river and people watching.

Biking in Dresden, Germany is a treat. It’s pancake flat for starters. It’s also absolutely beautiful, especially the section along the Elbe River. And much of the biking can be done on dedicated bike paths so not only is the outing family friendly, it’s very safe as well.

Over the two days in Dresden we had enough time to spend part of an afternoon on a bike. Four of us, including two fellow travel bloggers, Backpacker Becki and Creative Elena as well as Christophe from Dresden Marketing started off at our hotel – the QF Hotel, perfectly situated in the inner old town of Dresden.

From the square it was stop and go for the next few kilometres as we poked about marveling at the traditional as well as some of the more unusual sights.

Next, we crossed the Elbe River via the Marienbrucke Bridge and made our way to a bike path that follows the Elbe River. The bike path becomes part of the Elbe Cycle Route – something that has now been added to my ever growing bucket list.

The approximately 1,000 km long Elbe Cycle Route starts in Prague and ends in Cuxhaven on the North Sea. I am told by Christophe that the most beautiful section of the route runs from Torgau, a Renaissance city about 115 kilometres northwest of Dresden, all the way through to the Czech border. Sign me up.

The bike path is well marked with distances provided to the next town.

We didn’t have time to get to the museums

As you can see that there’s a lot of ground to cover in Dresden if you only have two days. Over that time period we didn’t once have time to even enter a museum. If you do have room in your itinerary, check out the 22 things in Dresden that Isabel from Bel Around the World suggests.

One of the not to be missed restaurants in Dresden

We did check out a few of the local cafes when we got hungry and on the first night we dined at a very interesting restaurant – Pulverturm, located in the old Gunpowder Tower – which was built in 1565. There are parts of the tower that have been incorporated into the restaurant.

Expect to be waited on by maidens and grenadiers dressed in traditional costume. Wandering accordion players will serenade you too.

The food is traditionally German. We all ordered Saxon saurbraten with red cabbage and potato dumpling along with a bottle of Saxon white wine and then to wash it all down – some green liquor.

I could go on and on about Dresden – but I hope you can tell from the photos alone that it’s a city very much worth visiting. It’s been called the most beautiful in all of Germany and from what I’ve seen I’d agree. 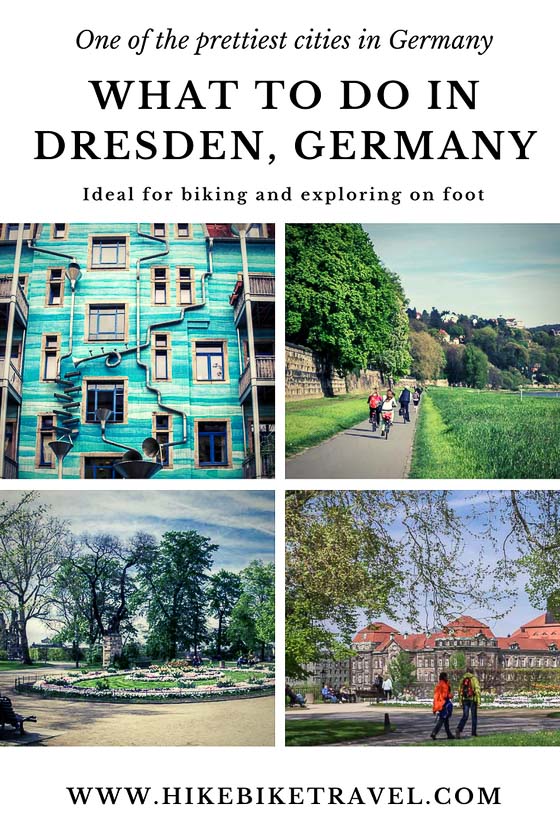 Thank you to Dresden Marketing for hosting my trip.

I had the chance to spend a few days in Leipzig, Germany. I wouldn't have…

3 Hours in Leipzig – What You Can Do