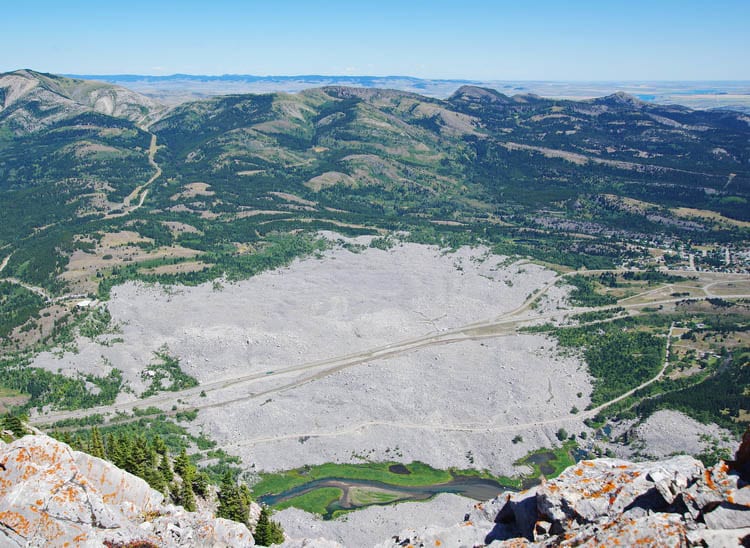 The Frank Slide in Southern Alberta

The second largest landslide in Canda

I don’t know how many times I’ve roared through the Crowsnest Pass area with the sole intention of getting to Fernie, Cranbrook or even Montana. I’ve stopped by the side of the highway and had a quick gander at the Frank Slide – the second largest landslide in Canada (after the Hope Slide in British Columbia) but until a few weeks ago I didn’t even appreciate that there exists the Frank Slide Interpretive Centre. It’s interesting what you can miss on a drive!

Plan on a half day to visit the Frank Slide area. That will give you enough time to take in the interpretive centre, do a hike and gawk at the destruction of the quick but massively destructive landslide.

Frank Slide – when did it happen?

The landslide occurred on April 29th, 1903 at 4:10 AM. At that point 90 million tons of rock let loose from Turtle Mountain burying the eastern part of the town of Frank, 2 km of the CPR railway line and at least 90 people – all in under 100 seconds.

It was a night of bravery, heroics and plain good luck. Inside the interpretive centre all these stories are brought to life with murals, displays, audio and videos.

Plan to spend an hour or two in the interpretive centre, watching the movies and checking out the exhibits.

Many of the stories I learned about resonated with me – particularly after watching the documentary – On the Edge of Destruction.

Lillian Clark, a young girl of 15 spent her first night away from home. She worked the night-shift at a boarding house for single miners. Rather than return back to her home – which lay right in the path of the slide, her parents had given her permission to spend the night at the boarding house as the new owners were decent people.

Normally she would have walked home. Her entire family was killed including five siblings, her mother and her father who was killed outside the mine that night.

Inside the coal mine under Turtle Mountain 17 miners on the night shift became trapped when a wall from the landslide of rock blocked the entrance. After weighing their options, one miner remembered a coal seam that ended at the surface of the mountain. It was decided that they would mine their way out. It took them 12 hours to do it; all survived but some returned home to find their entire family killed.

These are just two of the stories. There are many more that will capture your imagination when you visit.

Do the hike from the Interpretive Centre

You can easily spend an hour or two inside the Interpretative Centre but don’t leave without hiking the 1.5 km Frank Slide Trail.

You walk through parts of the slide area where you can marvel at the sheer scale of destruction and be awed by the size of the boulders that came tumbling down. For a dollar you can buy a guidebook that will take you to 17 stops over its length. It’s a good way to learn more about the history and geology of the area.

That’s the big question and experts seem to think it will in the distant future. For now the mountain’s movement is checked with sophisticated monitoring equipment so there should be plenty of early warning signs.

Opening times for the Interpretive Centre

The Interpretative Centre is open year round except for Christmas Eve and Christmas, New Year’s Day and Easter Sunday. The entrance fee for adults is $13, $9 for youth 7 – 17, $35 for a family and $11 for seniors. It’s located 1.5 km off Highway 3. It’s well signed – even if I have missed it before.

Where to stay in the Crowsnest Pass Area

Country Encounters in Coleman is my recommendation for the well-appointed rooms and the great breakfast (and dinner if you plan in advance.) The owner also offers cooking classes.

For a chain hotel check out Travelodge by Wyndham Blairmore. 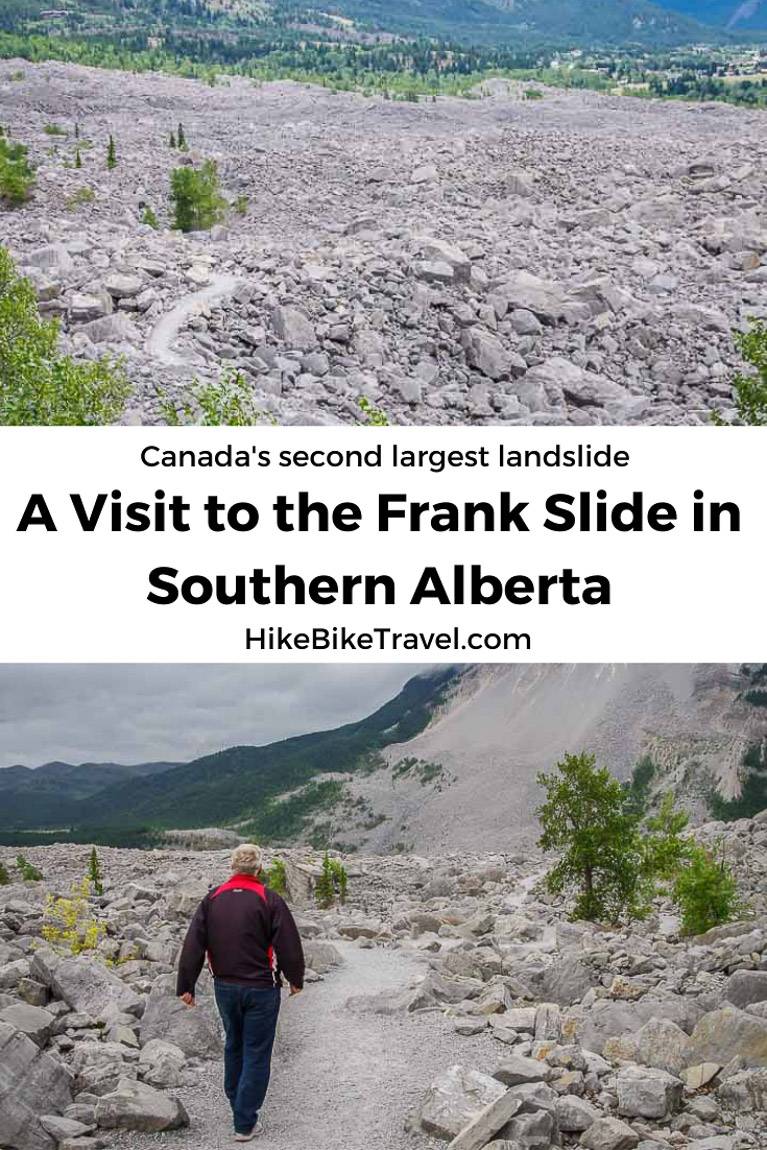