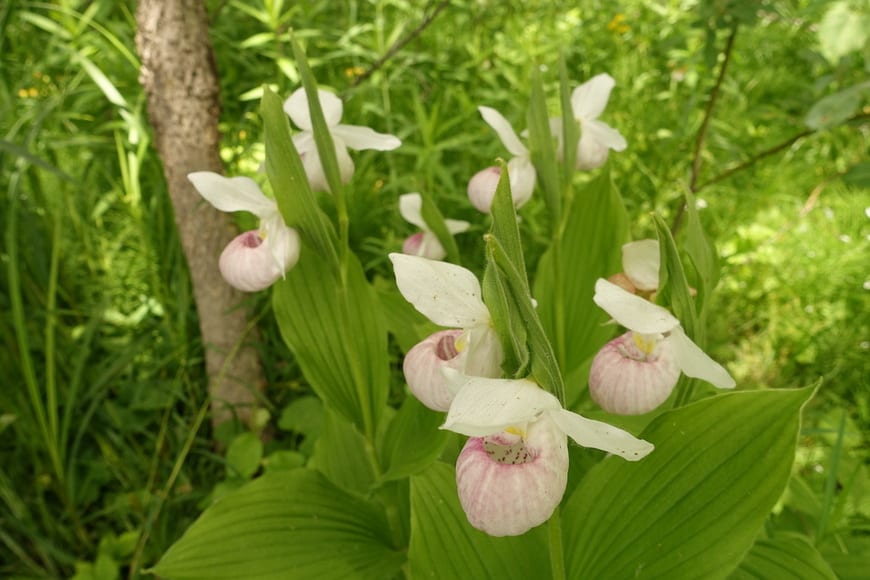 For Philip Gosling and the other founders of the Bruce Trail, the Bruce was code for wilderness. The near 800-kilometre-long footpath follows the Niagara Escarpment across Southern Ontario, connecting Niagara Falls to the Bruce Peninsula, which separates Lake Huron from Georgian Bay.

Assigned to write an article about hidden gems in the southern Bruce Peninsula for the Bruce Trail magazine, I headed up to Wiarton for a near 70 kilometre, three-day hike. More importantly, I headed up to wilderness.

As I left Wiarton, following the main Bruce Trail, water lapped at the Georgian Bay shoreline. In the cool morning air, I wasn’t tempted to go for a dip since, unlike Lake Huron, which is shallow and warm, Georgian Bay is crystal clear, deep and “fresh.”

My first gem was the spiral staircase. Its three tiers and 30 mesh steps challenged Frida my Mexican rescue hiking companion, but with a little coaxing we climbed up the Niagara Escarpment in this unique way.

Next up was one of the season’s last yellow lady’s slipper orchids. I hoped to see a showy lady’s slipper as well, but if I didn’t, this gem was a worthy stand-in.

The route I’d selected for each day followed the main Bruce Trail for about 10 kilometres and then looped back along a series of side trails. In this way, I’d return to my car each afternoon, see both the main and side trails, and only retrace my steps for about 25% of the trip.

Returning on a side trail (as depicted by the blue rather than the white trail markers), I came across this disappearing stream – another gem.

Passing close to the village of Colpoy’s Bay, I detoured into a cemetery. Among the well-kept headstones, many of them very old, I found this one. Vernon and his wife Illa, who died in 2012, listed the names of their nine children on the back of their headstone, which seemed a bit macabre to me.

On my return trip, I followed the Spirit Rock Side Trail. It passed by this ruin of the Corran, a once stately 17-room mansion built in the 1880s.

Then I arrived at the site of The Legend of Spirit Rock, a tragic tale of what can befall a mixed marriage – in this case between members of two warring tribes.

At the day’s end, I drove to Colpoy’s Bay where a welcome hot bath and a delicious dinner awaited me at the Quayside Landing B&B.

Day two dawned bright and sunny. I drove to where I’d finished up the day before. Once there, I perused the Little Lending Library at the trailhead.

Views of Georgian Bay were the gems of the day. The water was so blue and the vegetation so lush that I looked for breaching whales and imagined I could hear parrots squawking rather than our native blue jays.

The sun penetrated the dense forests where the occasional white birch, black cherry and hophornbeam added texture to the dominant sugar maples. 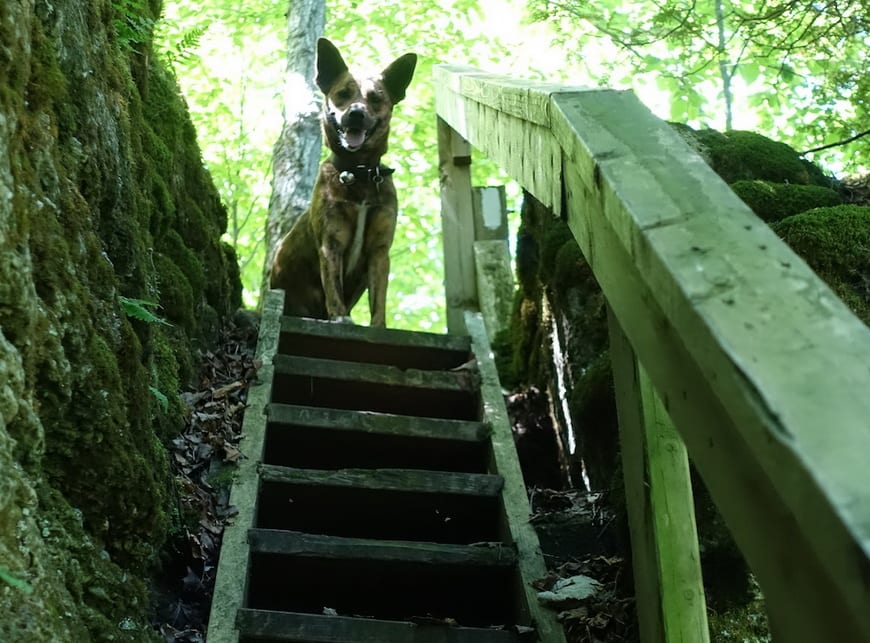 Back at the Quayside, my hosts Paul Thomas and Karin van der Heyden, joined me for dinner and I learned why I was being treated to the freshest, most lovely meals.

For about 20 years, the couple owned and operated a renowned, market-fresh restaurant in Owen Sound. Having given up the hectic restaurant pace, they were enjoying more leisure time in Colpoy’s Bay— if you can call caring for extensive gardens a leisure activity. 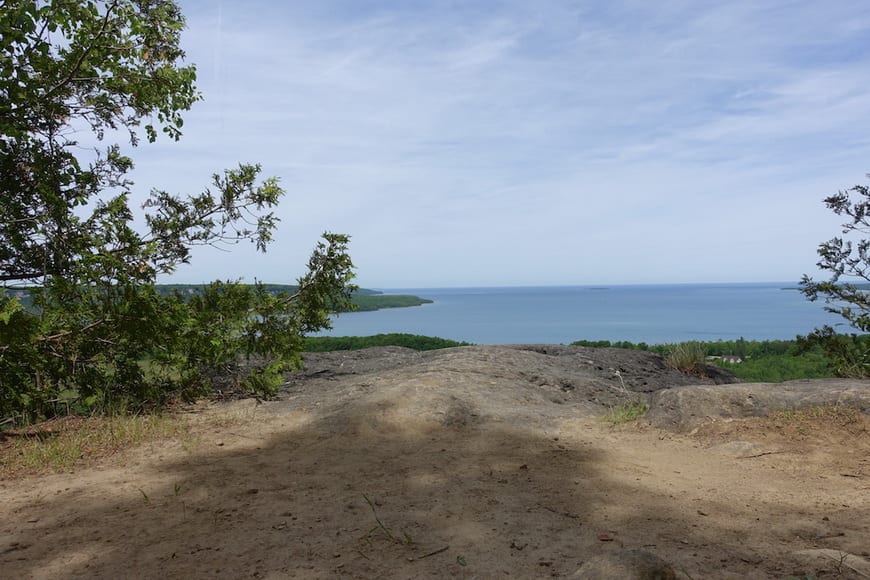 While the views on Day Three didn’t let up, I most looked forward to the Snake Boardwalk. At 900 metres, it’s the longest boardwalk on the entire Bruce Trail.

It would take me through the middle of an extensive wetland on land owned by the Chippewas of Nawash First Nation. Named for its serpentine path rather than the presence of an inordinate number of snakes (remember the Bruce Peninsula is home to Massassauga rattlesnakes), the Snake Boardwalk was yet another gem.

And the Snake Boardwalk didn’t let me down. In addition to a beaver that popped up onto the boardwalk practically under my surprised dog’s nose, I came across these foot-tall magnificent showy lady’s slipper orchids. Mission accomplished.

I topped off the day on the return trip on a side trail that took me through a series of meadows and past a pond in the McIver wetlands. While my treat was seeing three noisy juvenile sandhill cranes, the Bruce Trail’s treasure was the museum-quality piece of coral they recently found nearby. It is a remnant from the sea that flooded this land some 450 million years ago. 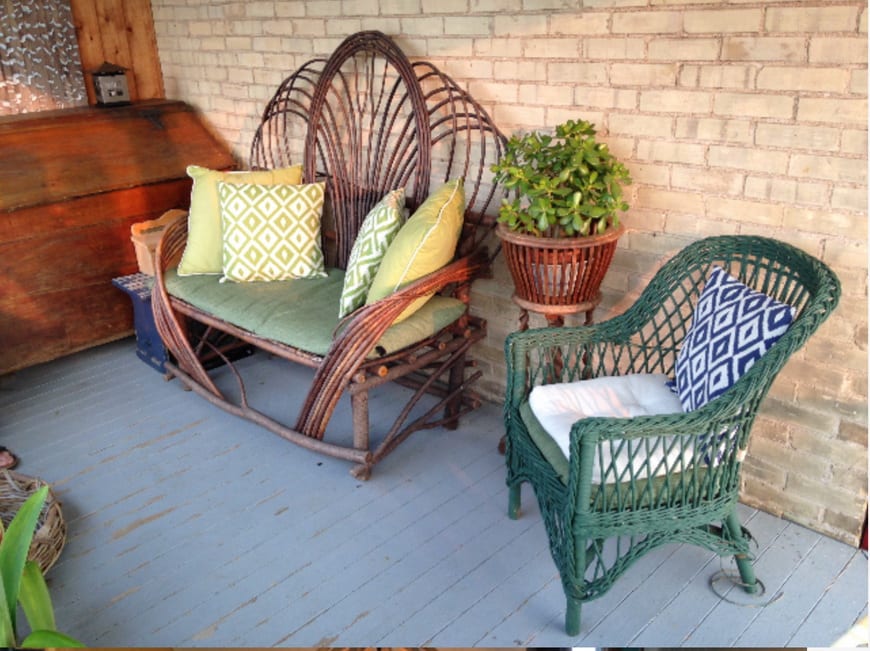 I stopped in at the Quayside Landing B&B on my way home where I picked up an enormous bag of fresh greens and bid my hosts a final farewell.

In all, I hiked about 70 kilometres over the three days, covering 34.3 kilometres of the main Bruce Trail, about 20 kilometres on a total of 10 side trails and the balance retracing my route on the main trail.

I saw the beginning of the wilderness that drew the Bruce Trail’s founders and have an even greater desire to get deeper into Ontario’s nature – which won’t be difficult since the trail’s northern terminus in Tobermory is another 130.1 kilometres of gems away.

For more information about hiking the Bruce Trail, visit their website. You’ll need maps 35 and 36 from their excellent trail guide.

Other posts for Nicola you’ll enjoy include the following: 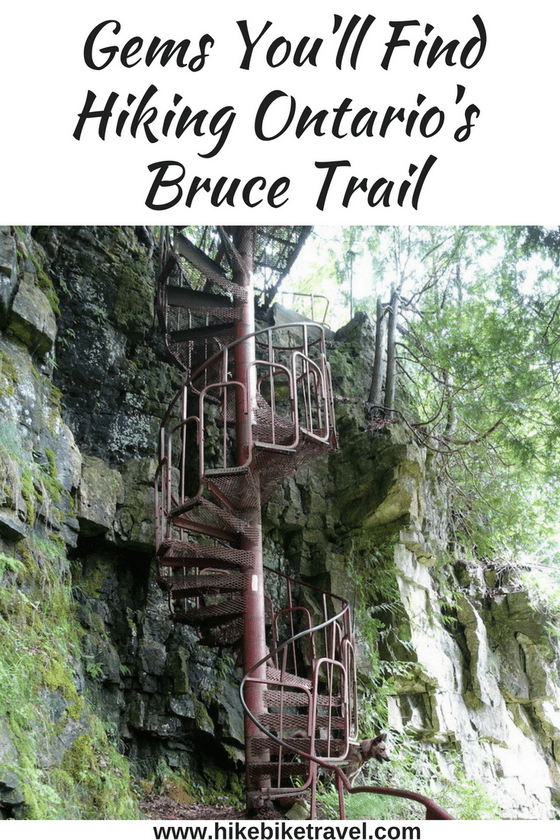