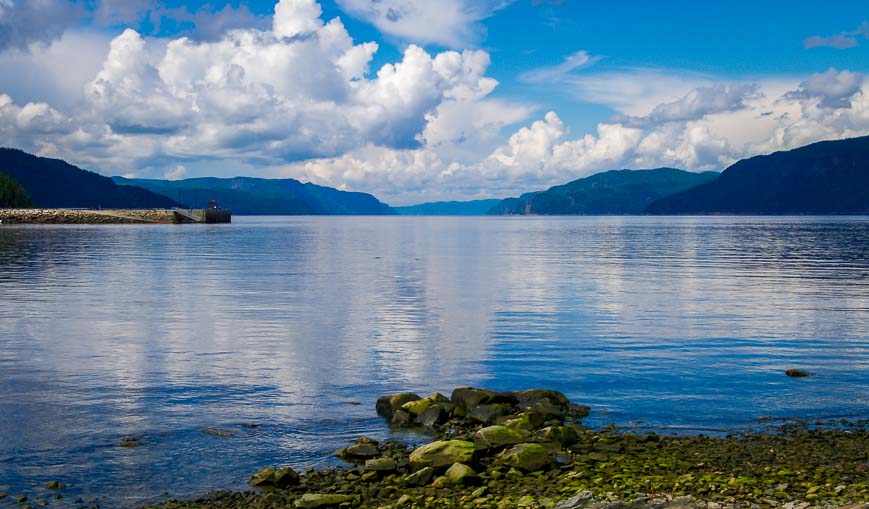 Kayaking the Saguenay Fjord in Quebec

A two day kayaking trip in the Saguenay Fjord is enough time to give you a sense of the place. But if I’d had one extra day, then three days kayaking the Saguenay Fjord from L’Anse-Saint-Jean to the mouth of the fjord at the St. Lawrence River in Tadoussac would be even better. I’d up my chances of seeing beluga whales as they are often seen near the mouth of the fjord.

Here’s what my trip on the Saguenay Fjord with the kayaking company Fjord en Kayak looked like. But first I thought a few quick facts about the fjord might be of interest.

Updated February 2021. This post includes some affiliate links. If you make a purchase via one of these links, I may receive a small commission at no extra cost to you.

Much of the fjord is in the Saguenay Fjord National Park.

The fjord runs in an east-west direction.

Baie Sainte Marguerite – close to where we stopped for the night – plays host to a great numbers of beluga whales in the summer, possibly because the sloped, sandy bottom is a great place for giving birth and teaching young belugas to hunt. (Unfortunately we didn’t see any.)

Fresh water, primarily from Lac Saint-Jean flows into the fjord so the surface water isn’t very salty.  It’s also quite warm reaching temperatures of 15-20°C though the water temperature drops the closer you get to the St. Lawrence Estuary. At the bottom of the fjord the salinity is 31% – close to the 35% found in the oceans – and the temperature drops to 1°C.

The Greenland shark – one of the largest living species of sharks has been seen (rarely) in the Saguenay Fjord.

There are 10 nesting sights for peregrine falcons on the cliffs of the Saguenay Fjord.

Where we started our Saguenay Fjord kayaking trip

Our trip started at the beach and boat launch site in the pretty town of L’Anse-Saint-Jean – in fact one of Quebec’s Most Beautiful Villages. It was just a few minutes away from my B&B I highly recommend – the lovely Auberge la Fjordelaise so our 8:30 AM rendezvous time wasn’t onerous.

A beautiful stop on the Saguenay Fjord for lunch

After a solid hour’s break for lunch it was time to continue east. Our goal was the first campsite past Île Saint-Louis.

Since there was no rush we took our time exploring the bays – and looking for wildlife. A few harbour seals popped up behind us on occasion and one family of mergansers floated by. We heard one loon and saw loads of cormorants too.

Camping on the Fjord

Our campsite had seven tent platforms so everyone had some privacy. An outhouse way back from the beach, a picnic table and some fresh water from streams were the only signs of civilization – well at least until Antoine worked his magic.

In no time he had rigged up a tarp, and brightened up the picnic table with a cheerful looking tablecloth. Add in a few bottles of wine, some hors d’oeuvres and Antoine in an apron smiling away and you might think you’d landed at a little French bistro instead of a wooded campsite.

Duck confit with blueberry chutney – in keeping with the French bistro theme – was served for dinner accompanied with quinoa and fresh green beans. What a meal and one that you would only see in Quebec!

By 9 PM dishes were done and I – and everyone else – was ready for bed.

The next morning the plan was to get an early start and paddle around Île Saint-Louis, cross to the other side, paddle west, cross back and voilà – the trip would be over.

Certainly we got off to a great start with breakfast – fresh fruit, an omelet, toast, coffee…you name it and all of it delicious.

A tough morning of kayaking on day 2

The goal was to be on the water by 9:30 AM and we were close. But one look out to the fjord and I knew our early morning plans would be changed. White caps could be seen from shore – and we were in a calm area. 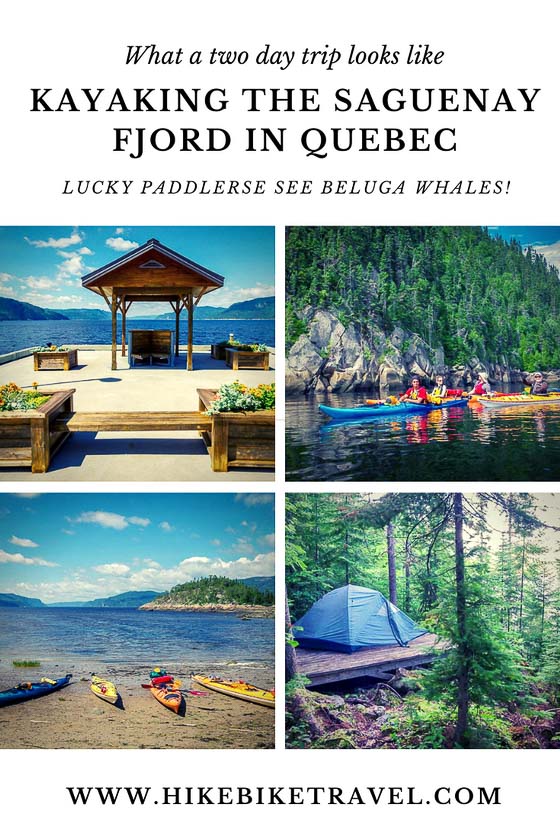