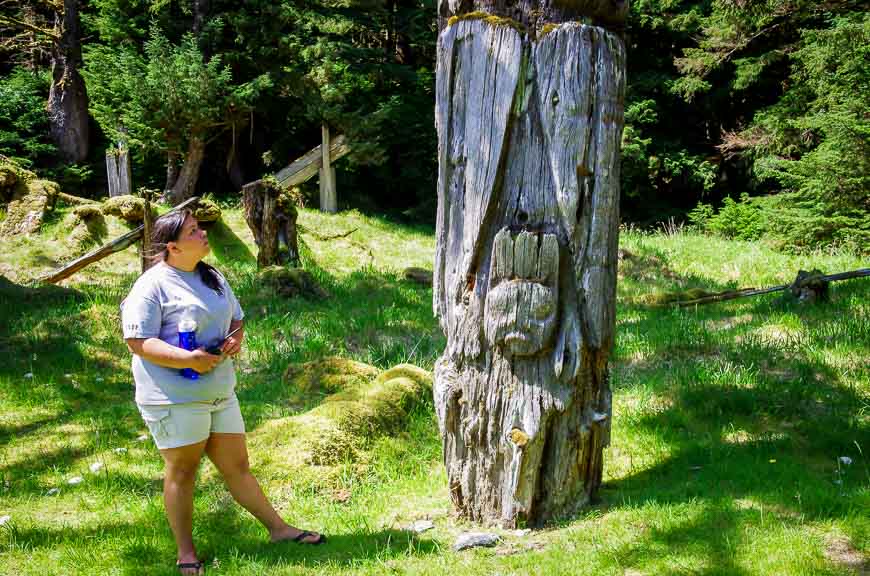 Learning about the Memorial poles from Natasha, our delightful Watchman guide

Kayaking to the village of Ninstints on Anthony Island was definitely one of the highlights of a week-long kayaking trip in Gwaii Haanas National Park Reserve. It’s a place that had been on my radar for a very long time.

The Haida village of Ninstints is a UNESCO World Heritage Site. According to UNESCO:

“It bears unique testimony to the culture of the Haida. The art represented by the carved poles at SGang Gwaay llnagaay (Nan Sdins) is recognized to be among the finest examples of its type in the world.”

Getting to Ninstints isn’t easy

Located off the southern tip of Haida Gwaii (formerly the Queen Charlotte Islands), it’s a long boat ride (about four rough, cold hours) away from the launch site at Moresby Camp.

Boat tours are provided by Moresby Explorers but it’s also possible to visit via a kayak if the weather God’s cooperate. There’s an open water crossing where wind and swell can make it unsafe to cross but our group of nine got lucky.

In fact Jo, our guide and owner of Green Coast Kayaking tells us that the crossing we did was one of the calmest she had ever done.

Our day started at a campsite at Rose Harbour. The weather was perfect and the winds were calm from the get-go. The plan was to be on the water early, so we were up at 6:15 AM.

The paddle to Anthony Island

By the time we left camp at around 8:30 AM the mist had disappeared and the sun was shining. It took us a few hours to paddle to Anthony Island with one stop along the way.

A visit to Ninstints on Anthony Island

Upon landing on Anthony Island, we were met by Haida Gwaii Watchmen. The program began in 1981 after worries about destruction and vandalism of Haida village sites – particularly on Tanu Island, Hotspring Island, Windy Bay, Skedans, Burnaby Narrows and Ninstints.

Now Haida volunteers are trained and stories are shared. The Watchmen we met spend the summer on the island conducting tours and helping travelers in case of emergencies.

Over several hours we learned about Haida life, their strong oral traditions, and the smallpox that decimated the population. We also heard about how the Longhouses were built and why certain poles – both memorial and mortuary – were erected. I wish I’d had a recorder with me so I could remember everything.

After a full tour and the walk back and forth to the cabin, it was back to our kayaks for lunch and a siesta before continuing our journey.

I think all of us came away with a new appreciation for Haida culture and especially all that the Haida people have endured. Kudos to the Haida Watchmen for bringing their history alive. 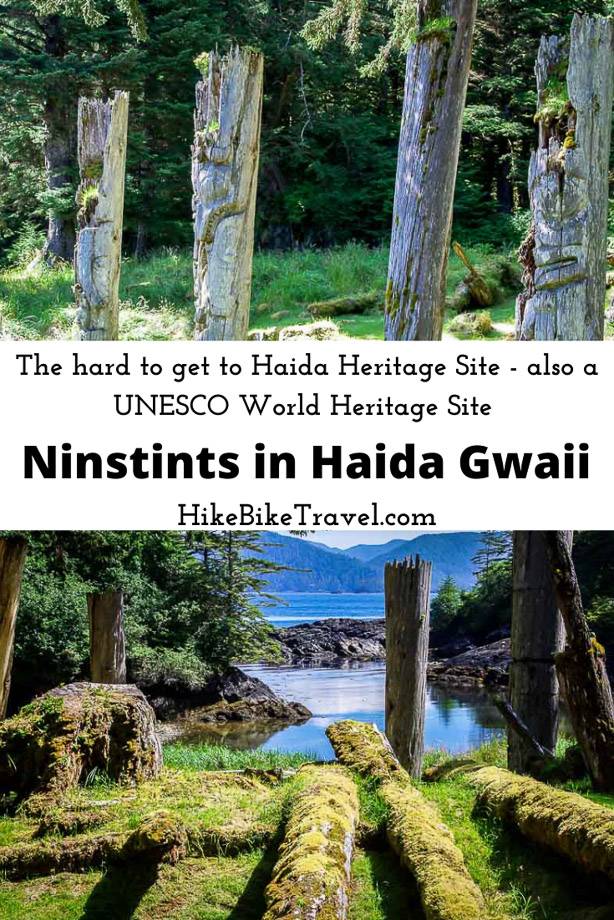