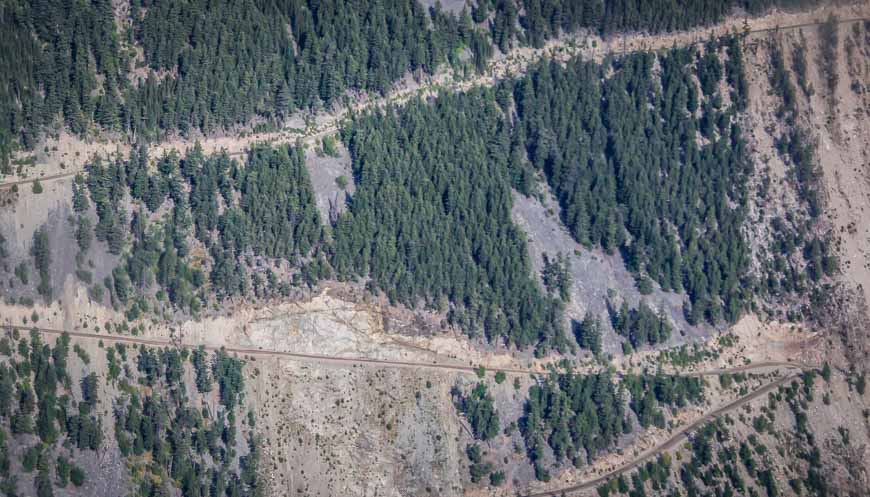 One of the scariest sections of Highway 20

I have a confession to make. I am terrified of driving on roads with severe drop-offs. I am a terrible back seat driver under these circumstances, though John would say that’s not the only time. Sometimes I think it would be best if I was blindfolded. So it was with great trepidation that I agreed to drive from Atnarko Lodge on beautiful Charlotte Lake to Bella Coola – a distance of about 105 kilometres as the crow flies.

The actual Highway 20 takes you 452 kilometres from Williams Lake in the Cariboo region of BC to Bella Coola on the coast. Once in Bella Coola you can catch a ferry to Port Hardy on Vancouver Island.

The gnarly bit of highway in question is the dirt portion west of Anahim Lake. In total there are about 60 kilometres of hard packed dirt highway. Not all of it is bad or even scary.

But there are eleven kilometres of terror where any driving mistake would be most unfortunate.

Highway 20 in BC has an interesting history

For years the residents of Bella Coola wanted a road. They were cut off from the rest of BC except by boat. The government hummed and hawed and did nothing.

By 1952 the locals were beyond fed up. A number of them got together, raised a small amount of money, donated dynamite, loaned equipment and with the help of volunteers and a fellow named Elijah Gurr blazed the best route through.

Before they started they sent a telegram to the Department of Public Works in Victoria saying:

This is to advise you that we are going to immediately start building the road from Anahim Lake to Bella Coola.

The Hill on Highway 20

The major obstacle to the road building is what is referred to as The Hill. It descends 1,666 metres (5,465 feet) from Heckman Pass to the ocean.

Unbelievably in just one year the two cats (earth moving equipment) operating from opposite sides were less than a mile apart. And on September 26, 1953 the road was completed and called The Freedom Road.

In places – though I’m not sure if it still holds true today, the grade was 18%. There were single lane sections and gravel switchbacks. The government stepped in shortly after completion and helped with improvements. I can’t even imagine how nasty the road would have been earlier on.

It’s my vivid imagination and fear of going over the cliffs or being struck by a loose boulder that causes me great terror.

You too will survive 11 kilometres of terror

But in the end I survived. I will never say that I enjoyed it but I can say that I’m VERY GLAD I did it. In hindsight I wish we’d had an extra day to explore the Bella Coola area.

There’s a big change in the climate and vegetation from top to bottom and it would have been fun to see some of the monster big trees at the lower elevation. Plus I understand you can go on float trips out of Bella Coola – or grizzly bear watching during the salmon run.

Of course what goes down must go up, so I did think about the return drive whilst still trying to enjoy the Bella Coola Valley. Surprisingly I found it to be much easier though perhaps that was because we had the road to ourselves. We didn’t have to hug the corners and pull over beside a drop off as a transport truck came around the corner.

How many of you are fearful drivers or passengers on roads like this? I can say that John loved every minute of it.

Further reading about the Chilcotin region in BC 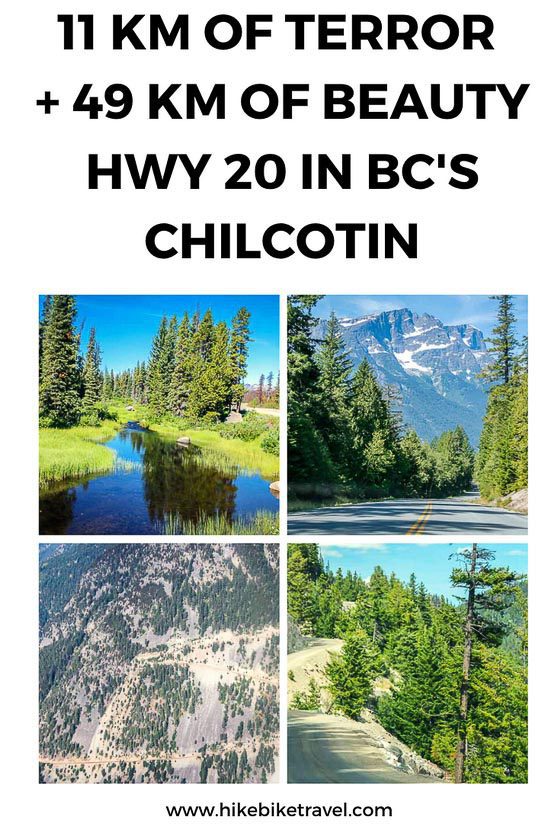