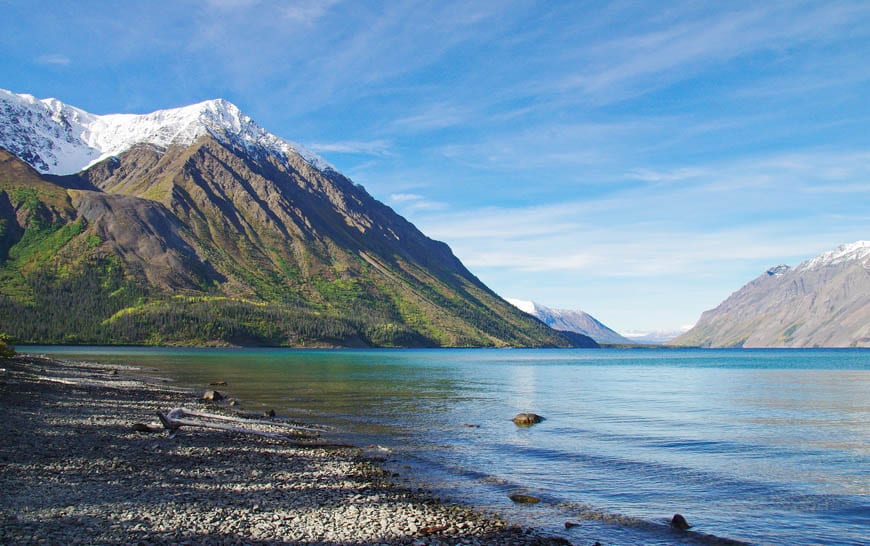 12 BEST Things to Do in the Yukon

The Yukon is one of my favourite places to visit in Canada – with its grand landscapes, abundant wildlife and plenty of outdoor adventures possible, no matter what the season. These in my opinion are 12 of the best things to do in the Yukon – most personally tested over four visits. I love this part of Canada and I think you’ll find it a compelling part of the world to explore!!

12 BEST Things to Do in the Yukon

On my first trip north to the Yukon I headed off from Whitehorse to raft the Tatshenshini River from the Yukon all the way to Alaska. It’s considered to be one of the top 10 rivers in the world to raft. You need about 11 days to do it and you end up traveling through the Yukon, British Columbia and Alaska. It’s a superb family trip.

Drive the historic Alaska Highway from Watson Lake where it enters the Yukon at the BC border to Beaver Creek at the Alaska border. The total distance is 892 km one way. You’ll pass through Kluane National Park – home to Canada’s highest peak, Mt. Logan.

Drive or bike the Dempster Highway. It’s Canada’s only four season road that crosses the Arctic Circle. It’s 736 km (one way) of unpaved two lane highway – where you need to go prepared.

Plan a few days of hiking in the Tombstone Mountains

Hike the Tombstone Mountains. You pass them as you drive up the Dempster Highway. The mountains are renowned for their black granite peaks, subarctic tundra and alpine lakes.

If you take a week-long hiking trip in late August, you’ll be able to catch the fall colours which are truly out of this world and like nowhere else I’ve been in Canada.

Read: Hiking to Grizzly Lake in the Tombstones

Head off with Bear Cave Mountain Eco-Adventures for exclusive grizzly bear viewing. Every year there is a seasonal congregation of grizzly bears at Fishing Branch in the far northern Yukon wilderness. Hiking and fishing are possible up there too.

Drive the Silver Trail to Mayo and Keno City – historic, frontier mining towns. Hike in the Wernecke Mountains, gold pan, fish and view wildlife. Its 470 kilometres from Whitehorse – one way.

Try to catch the caribou migration

Catch up with a caribou migration. Thousands of them cross the northern calving grounds every summer. In fact if you raft the Firth River you might be lucky and time your visit to catch the full migration. A friend of mine was lucky to be up in Ivvavik National Park, enjoying the basecamp experience in June. She caught the full migration.

Before you go you might want to read the very interesting book – Being Caribou: Five Months on Foot with an Arctic Herd by Karsten Heuer.

Go dogsledding in the winter. It’s the best dogsledding experience I’ve had to date in Canada, especially if you pick the full day option where you have a fire and a “shore lunch.” You are mushing the dogs yourself right from the get go.

Or head up to the Yukon in February to catch the annual Yukon Quest International Sled Dog Race.

The chances of seeing them are very high but you do have to be prepared to stay up till 2 AM in the morning – and perhaps for several days running as they don’t always show up on demand!

How about canoeing the Yukon River? There are many outfitters or you could do it yourself.

But then again if you’re into racing you could enter the Yukon 1000 Canoe and Kayak Race – the longest canoe and kayak race in the world…by far. It covers 1000 miles and takes anywhere between 7-12 days of 18 hours paddling per day to complete. Sound like fun?

Catch a summer festival in the Yukon

Head off to one of the summer festivals – like the 24 hours of Light Mountain Bike Event, the annual Dawson City Music Festival, or perhaps the September Great Klondike International Outhouse Race.

Ride the train from Skagway to Carcross, Yukon

For a fun day trip out of Whitehorse book a scenic ride on the White Pass – Yukon Route Railroad (WP & YR), a narrow gauge railway that runs from Skagway, Alaska to Carcross, Yukon Territory.

Enjoy lunch with a view. Walk a short section of the famous Chilkoot Trail. Stand between the cars for unencumbered photos. 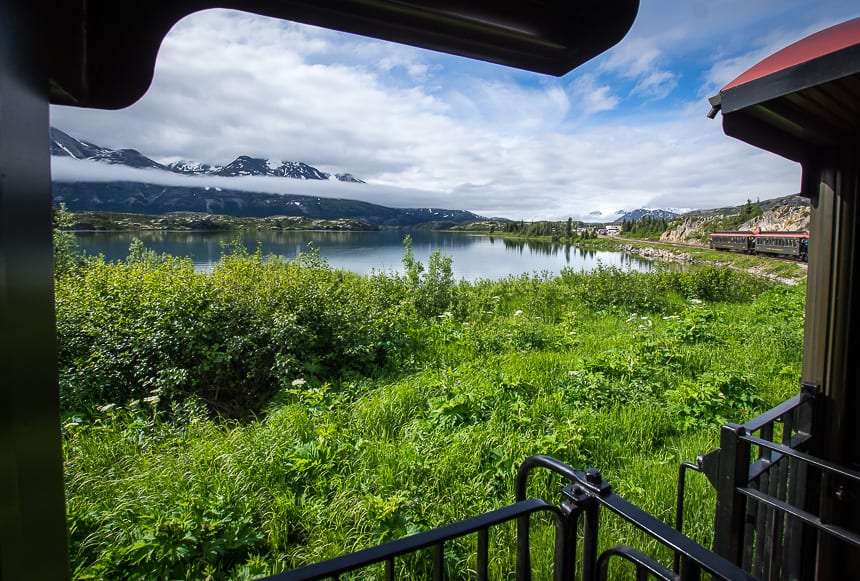 Beautiful train trip through the Yukon

Getting to the Yukon

You don’t have a lot of options when it comes to getting to Whitehorse – the largest city and capital in the Yukon. You can either fly in or drive – though Whitehorse is a long way from anywhere.

You have a choice of three airlines; Air North, Air Canada or West Jet. Flight offerings are from Edmonton, Calgary, Toronto and Vancouver, sometimes on a seasonal basis.

You’ll have to plan on a multi-day drive if you’re coming from any of Canada’s cities. Edmonton is the closest large city and it is nearly 2,000 kilometres away. The Alaska Highway is paved with regular services but don’t expect fancy hotels and lattes along the way.

Spare tires should be properly inflated and it would be worthwhile to have you car serviced before the trip. You’ll be looking at more expensive gas the further north you go to. Expect to see bear, moose and caribou along the side of the road.

There are lots of lakes where you can get out fishing but don’t forget to get a fishing license. Campsites are plentiful.

There are still mountains that haven’t been climbed, rivers that rarely see humans and a wild land just waiting to be explored. The Yukon Territory is definitely worth a visit. 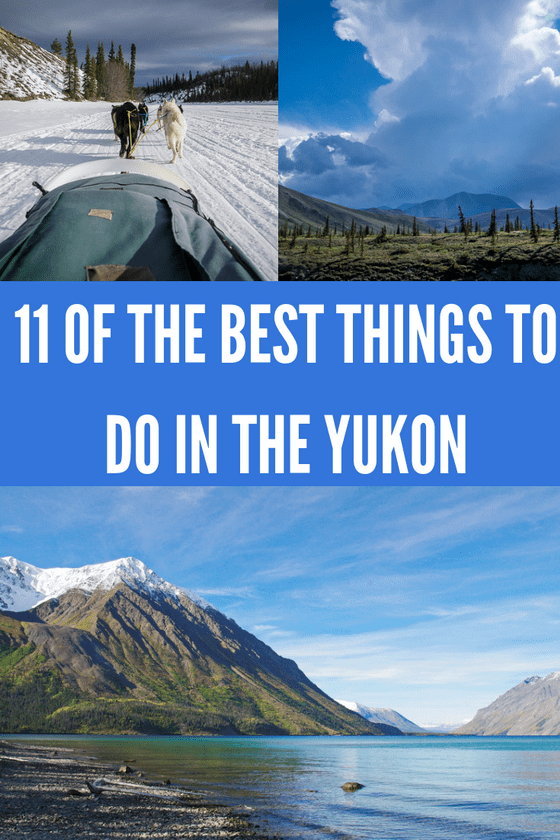