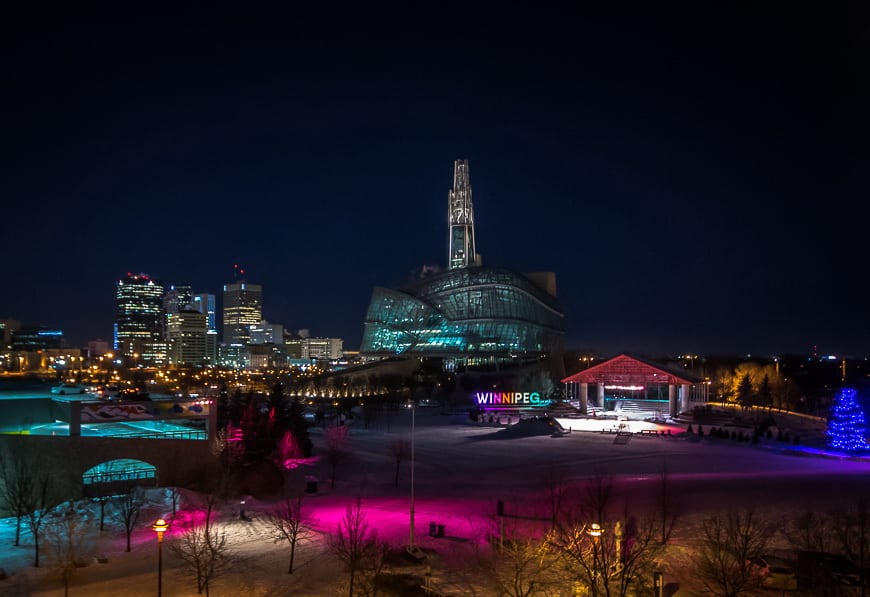 Winnipeg is a city that Canadians love to hate. It’s rare that you hear a kind word spoken about the place. When I told my brother-in-law, who was born and raised in Winnipeg, that I was heading off to visit Winnipeg in January he said REALLY? In January? Are you nuts? Maybe I am but I plan to discover the charms of the city and see what keeps the 730,000 residents from leaving.

Here are 28 fun, weird and interesting facts about Winnipeg.

Winnipeg is the capital of Manitoba – and the geographical center of North America. It was incorporated as a city in 1873.

The closest city to Winnipeg with a population of over a million is Minneapolis-Saint Paul, Minnesota – 700 kilometres away.

The city sits at the junction of the Red and Assiniboine Rivers – a place referred to as The Forks.

The coldest temperature ever recorded in Winnipeg was -47.8°C (-54°F) in December 1879. For a long time Winnipeg was the coldest city in the world with a population of 600,000 or more. Ulan Batar in Mongolia has moved into first place. Winnipeg – because of its geography – is susceptible to polar highs which are in effect Arctic high pressure systems bringing in lots of cold air.

Winnipeg is covered in snow 132 days of the year.

There is measurable sunshine on an average of 318 days of the year.

Winnipeg has been called the Windy City but that is incorrect. It is the 12th windiest city in Canada. Hamilton is first.

Winnipeg was the first city in the world to develop the 911 emergency number.

There are over 600 murals in Winnipeg and a fantastic amount of street art.

The Winnipeg Art Gallery has the biggest collection of contemporary Inuit art in the world.

Winnipeg has four major rivers – the Red, Assiniboine, La Salle and Seine. The city is extremely flat and is at risk for major flooding. In April and May of 1997 the biggest flood since 1826 occurred. Although the flood affected Winnipeg it was Grand Forks and East Grand Forks that were most affected.

The LONGEST skating rink in the world – that freezes naturally is found in Winnipeg – and not in Ottawa as was recently reported in Outside Magazine. The skating takes you along the Red and Assiniboine Rivers over a length of 8.5 kilometres.

Read: Skating at The Forks in Winnipeg

Curling is big – so big it might be the curling capital of Canada.

Winnipeg was the first city in North America to build a stand-alone ice tower. Its 20 meters high and within sight of downtown Winnipeg. Its open to experts and novices alike.

The Festival du Voyageur celebrates Canada’s fur trading past and French heritage and culture. It’s the biggest winter festival in western Canada. Every year it takes place over 10 days in February.

Winnipeg is the headquarters for Canada’s grain industry. It is home to the only commodity exchange in the country – the Winnipeg Commodity Exchange.

The Winnipeg Jets – one of the professional hockey teams in the NHL – has an amazing fan base. Although they have the smallest market of all the NHL teams they sold more merchandise than any others.

Other professional sports teams include the Winnipeg Blue Bombers (football) and the Winnipeg Goldeyes (baseball).

Winnipeg has mosquito issues in the summer (that’s why I’d rather visit in the winter) and in fact boasts 51 insect management areas on their public works website.

One of the best diners in town according to Debra Smith a Winnipeg born writer – is the White Star Diner in the Exchange District.

Canada’s newest National Museum – the Canadian Museum for Human Rights – is the first national museum to be located outside of the capital region. 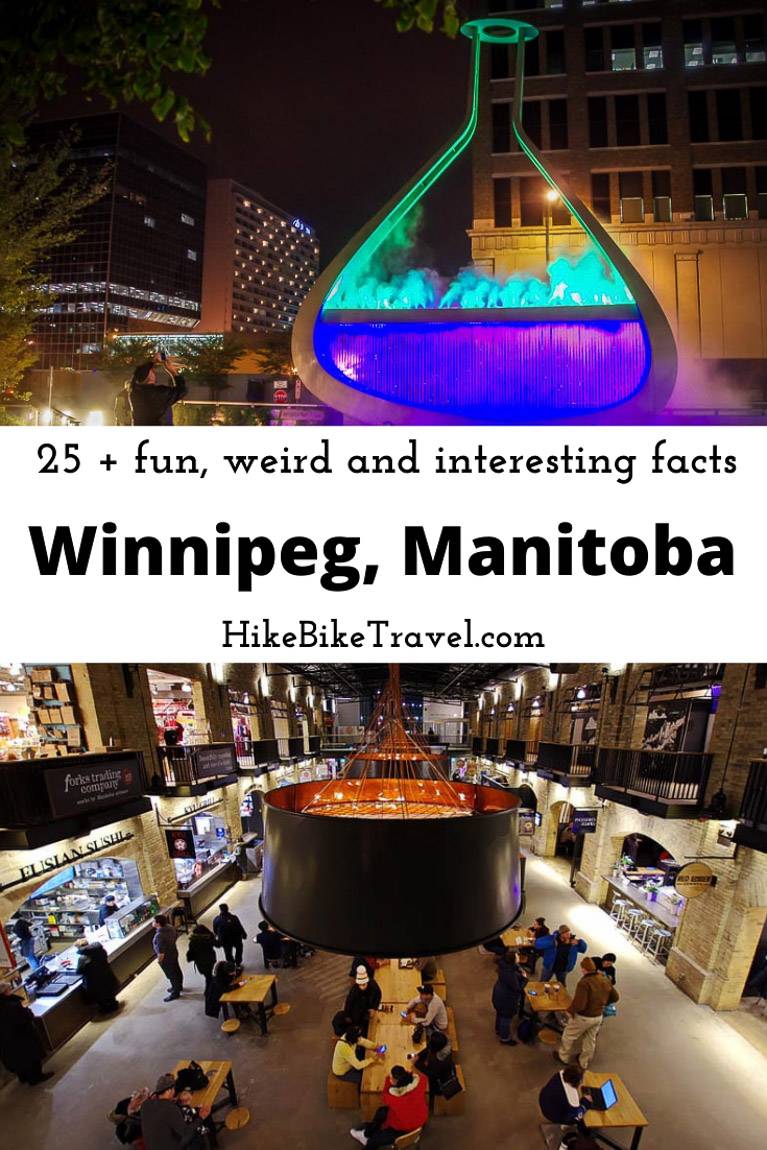