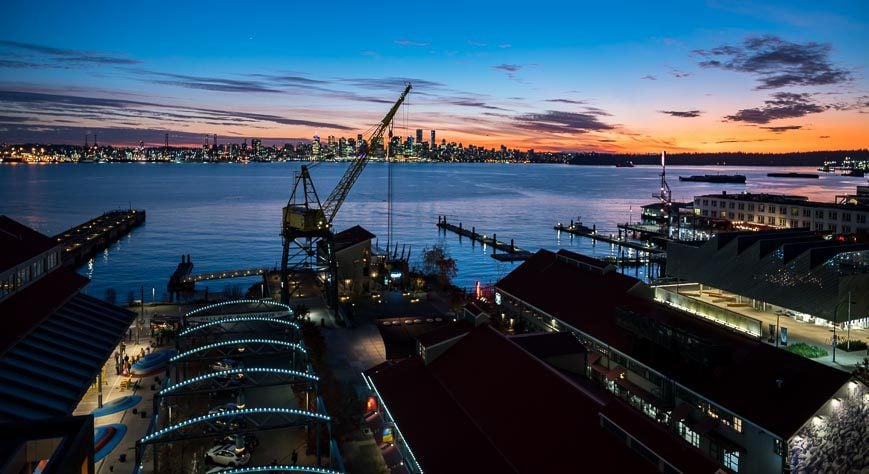 Learning interesting facts about a city before you visit can really enhance your stay and make a visit more remarkable. Here’s my list of interesting and fun facts about Vancouver, a city I had the pleasure of living in for almost 10 years.

Vancouver is named after Captain George Vancouver, a morose sounding fellow who must have explored the area in a rainy summer. He hated the place.

Granville was incorporated as the City of Vancouver on April 6, 1886 because its population was over 1,000.

On June 13, 1886 Vancouver was devastated by the Greater Vancouver Fire.

In 1971, Greenpeace was born – in Vancouver. It’s, as you probably know, an organization known for its international environmental campaigns.

Vancouver ranks third in the world as the best city to live in – for quality of life. Up to 30 factors are taken into account including health care, educational resources, safety infrastructure, and the environment but perhaps not home prices.

Vancouver is tied with Montreal as the 10th cleanest city in the world. Calgary came in first place. Guess they didn’t visit the east side.

Vancouver aka Hollywood North, is second only to Los Angeles in TV production and third in North America for Feature Film production. That means there are occasionally high profile movie stars floating around. Lions Gate, Paramount and Bridge Studios have set up shop here.

Vancouver is Canada’s third largest city by population but only when you consider the Greater Vancouver area. Toronto and Montreal are larger.

The highest population density in Canada is in Vancouver. You’ll find 5,400 people per square kilometre.

35% of Vancouver’s population is foreign born. It has the highest proportion of Asians in any North American city. Try a visit to Chinatown. It is known for its food scene including dim sum restaurants and some of the hippest cocktail bars in the city. Wandering through the grocery stores checking out live seafood, exotic fruits and vegetables, and other items you may never have seen before, can be a lot of fun too.

Vancouver’s West End neighbourhood has the largest gay community in the west. Look for the Gay Pride Parade in August. In 1978 the first Gay Pride Festival occurred.

Three professional major league sports team call Vancouver home – the Vancouver Canucks for hockey they have been  Stanley Cup finals three times, most recently in 2011), the BC Lions for football and the Vancouver Whitecaps for soccer.

The population of greater Vancouver is approximately 2.1 million.

In an average year, Vancouver will see some sort of rainfall on 165 days in the year.

The best time to visit Vancouver is in the summer. It’s typically sunny and in fact often suffers from drought. The winter is dark, rainy, and dreary.

Read: Sightseeing in Vancouver: Over 30 Ideas to Keep you Busy

You can ski, golf, bike, sail and kayak in Vancouver – all on the same day.

On Grouse Mountain look for the Eye of the Wind Turbine. Its the only turbine in the world that allows you to stand in a glass view pod at teh top of the tower, within just three metres of the rotating blades.

Read: 12 Great Things to Do in North Vancouver, BC

There are three ski hills within a short drive of downtown Vancouver – Grouse Mountain, Cypress Mountain and Mount Seymour. Whistler – Blackcomb is about 90 minutes away.

There is a gas station to fill up you rental car, almost within spitting distance of dropping it off at the Vancouver airport. How thoughtful is that? Plus the gas prices are competitive, not predatory.

Vancouver has the highest real estate prices in Canada. The average price of a detached home in February 2021 was $1.83 million. Actually according to some, and depending on how you measure it, prices are higher than in London or New York City.

There are no freeways in downtown Vancouver.

The original Capilano Suspension Bridge was built in 1889.

The Lion’s Gate Bridge, a suspension bridge over the Burrard Inlet, connecting the City of Vancouver to the north-shore communities of North and West Vancouver is 5,890 feet long. It opened to traffic on November 14, 1938. The bridge can be a traffic nightmare. Fortunately you can bike or walk over it, in dedicated lanes.

The 9 O’Clock Gun, an old cannon, fires nightly at 9 PM in Coal Harbour. It has been fired almost nightly for a century.

Vancouver could have a big earthquake at any time – 8.0 Richter big. The city sits on a major fault along with Seattle and Portland.

Liquor laws are still in the dark ages. You can’t buy beer or alcohol in the grocery store.

Former rock star, Bob Geldof was the editor of the Georgia Strait in the 1960’s.

Vancouver – along with Victoria – has the mildest climate in Canada – though one of the rainiest.

Granville Island is Vancouver’s famous public market. It is open 7 days a week from 9 AM until 7 PM.

Dolphins and whales are occasionally sighted in the waters close to the city. Last year there were two whale sightings in False Creek and numerous dolphin pod sightings in Howe Sound.

Eight pairs of grey squirrels in Stanley Park were received as a gift from New York City in 1909. Every grey squirrel you see today is a descendant of those eight breeding pairs – and breed they did.

The Vancouver Aquarium ranks in the top five around the world. Look for over 65,000 animals and 30 unique exhibits.

BC Place was the first covered stadium in Canada. The “cable-supported fabric roof is the largest of its kind in the world – designed and engineered specifically for Vancouver’s climate.”

Vancouver has played host to the 2010 Winter Olympics and the Expo’86 World Fair.

Tax on almost everything except food is 12%. Some things like gasoline have tax on tax. 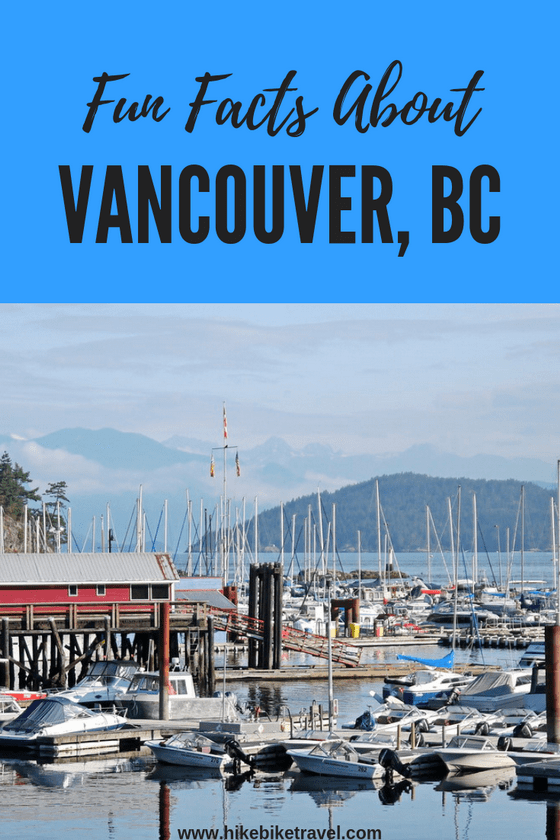