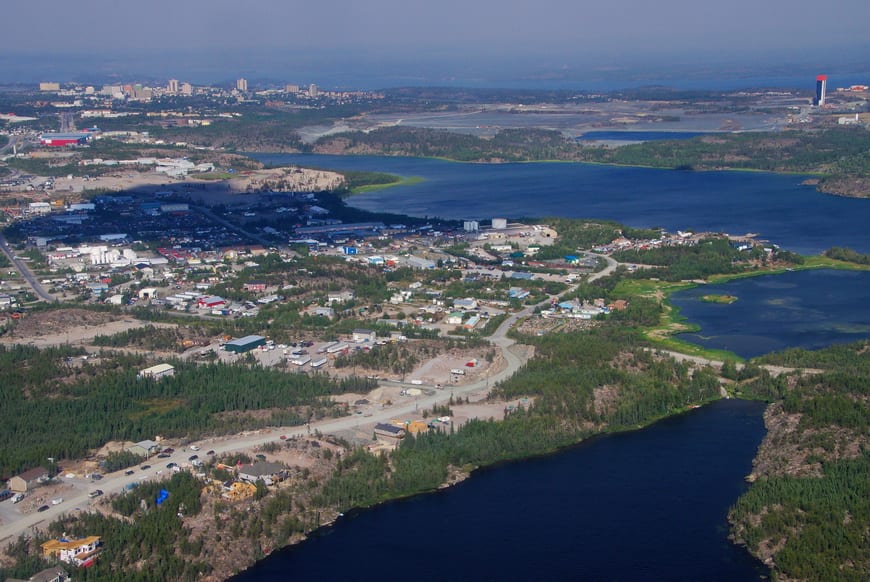 Yellowknife is one of two northern capitals that took me a long time to visit. Fortunately it was in the summer when the bugs were mostly gone and the temperatures were very pleasant. I’m not sure I’d want to be up there around the winter solstice but I would love to visit the city to catch the Northern Lights a little later in the year. Because Yellowknife is the closest city of any size to the North Pole – at least in North America – I thought it was very apropos to feature the city just before Christmas.

Here are 28 fun, weird and interesting facts about Yellowknife, the capital of the Northwest Territories.

Yellowknife sits on the shore of Great Slave Lake (the ninth largest lake in the world) near the outlet of the Yellowknife River. The lake is about the same size as Belgium. It’s also the deepest lake in North America boasting a depth of 614 metres (2,014 feet).

Yellowknife became the capital of the Northwest Territories in 1967.

The name Yellowknife comes from a Dene band, the Yellowknives.  They are actually very much alive and well as a number of commenters in March 2014 have pointed out to me!!  It seems like I’ll have to eat a slice of humble pie. (At least I now have an invite to visit Dettah and N’Dilo.)

Languages spoken in Yellowknife include English only – 79.6%, French only – 4.3% and 14.7% speak other languages which include Filipino, Vietnamese, German, Dene, Dogrib and Inuktitut.

Yellowknife has a gold mining heritage. In the 1930’s mine tunnels burrowed beneath the city streets.

The Diamond Capital of North America

Yellowknife is called the Diamond Capital of North America. There are three operating diamond mines close by. Canada has ranked as high as third in diamond production by value and sixth by weight because of the diamonds from these mines.

In 2010 a 78 carat diamond was discovered at the Ekati Diamond Mine.

There are a number of ice roads that allow land transportation to occur during the winter around Yellowknife. On the edge of Great Slave Lake the Dettah Ice Road connects Yellowknife to the First Nations community of Dettah.

There is a paved highway all the way to Yellowknife from northern Alberta. Four airlines offer daily jet service to the city.

Not much daylight in Yellowknife in winter

There are only 10 days of measurable bright sunshine in December.

On average there are five thunderstorms a year in Yellowknife.

In January there are on average 17 days with windchill below -40°C.

Yellowknife is one of the best places in the world to see the northern lights. The ideal time to see them is from mid-August till the end of September and from mid-November until mid-April. There are lodges like Blatchford Lake Lodge where you can watch the northern lights all night long from the comfort of your room.

The Canadian Championship Yellowknife Dog Derby is held annually at the end of March. The race covers 150 miles on Great Slave Lake and takes place over three days.

Yellowknife is a superb spot for fishing. You can catch 35 kg lake trout from Great Slave Lake as well as monster sized northern pike. There are over twelve fishing lodges just minutes away from Yellowknife by floatplane.

The Gold Range Bar is one of the oldest drinking spots in the Northwest Territories. It’s featured in two novels – Late Nights on Air by Elizabeth Hay and Solomon Gursky Was Here by Mordecai Richler.

Vic Mercredi, a Métis hockey player is the first person from the Northwest Territories to be drafted by the NHL. Other residents of notoriety include Les Stroud, Max Ward and Margot Kidder.

Do you have any more fun or interesting facts about Yellowknife to share? 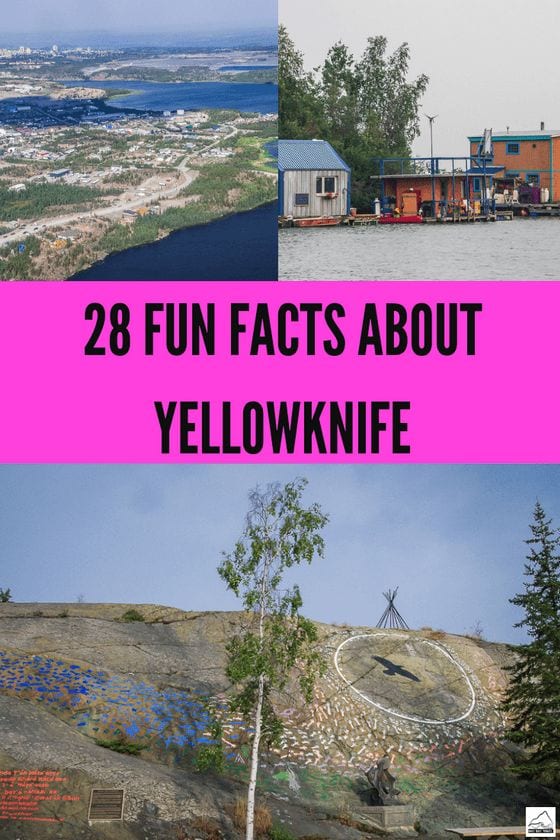 Keele River Canoeing Once in a Lifetime Experience

“Have you done much paddling?” I casually asked the man beside me as we filed…

Things to Do in Inuvik, Northwest Territories