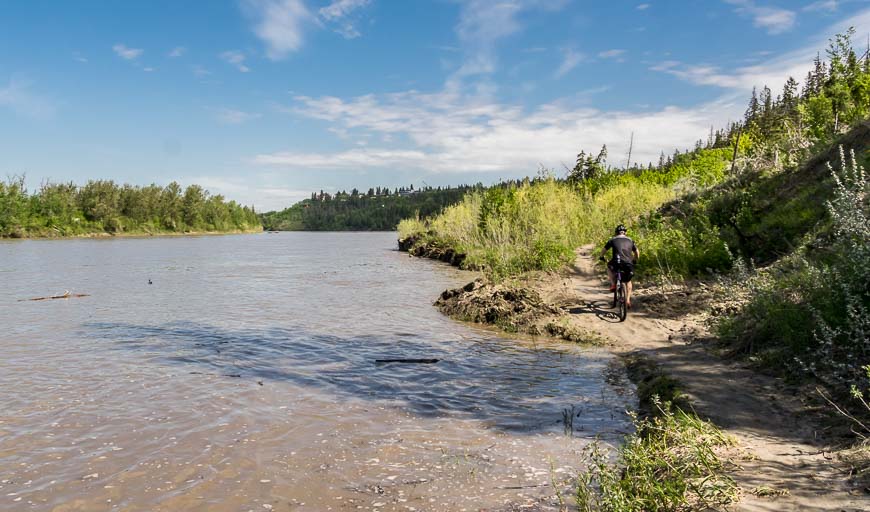 Weird and Wonderful Facts About Edmonton

Edmonton is the provincial capital of Alberta and not a place I knew much about until I started researching for this blog. I thought of it as a city with nothing but big box stores, because that’s all I’d ever seen as I drove through. And I knew it was bloody cold in the winter. But now I’ve been to the city on numerous occasions and love what it has to offer – especially the trails through the river valley and the dining experiences.

Sometimes what we think and the reality are two different things. I decided to research the city of Edmonton and look for weird, wonderful, useful and funny facts that anybody might enjoy reading about. Enjoy these 26 weird and wonderful facts about Edmonton.

Edmonton is the northernmost North American city with a population over one million.

Edmonton is home to North America’s largest mall – the West Edmonton Mall, spanning the equivalent of 48 city blocks. It was the world’s largest mall until 2004.

There are no rats in Edmonton – or in all of Alberta for that matter.

Edmonton has over 30 annual festivals year round. Internationally renowned are the Folk, Fringe and Street Performers festival.

The University of Alberta has produced 67 Rhodes Scholars.

The Art Gallery of Alberta was founded in 1924 and is the oldest cultural institution in Alberta. It maintains a collection of over 6,000 objects.

Edmonton sits close to the geographic center of the province. It’s the main supply and service center for Canada’s oil sands.

On the first day of summer Edmonton enjoys 17 hours and three minutes of daylight. The sun rises at 5:04 AM and sets at 10:07 PM.

Winter is another story. The sun rises at 8:49 AM and sets at 4:16 PM, providing only seven hours and 27 minutes of daylight.

Read: Things to do in Edmonton over a Winter Weekend

In July 1987 Edmonton was struck by a tornado – which peaked at a wind speed of 416 kilometres per hour (258 mph). It cut a 40 kilometre swath through the city, and in places it was up to a kilometre wide. Twenty seven people were killed and more than 300 injured. It’s one of the worst natural disasters in Canadian history.

Edmonton was established in 1795 as a Hudson’s Bay Company post.

The Edmonton Oilers are a NHL franchise team but they started out as the Alberta Oilers and an original member of the World Hockey Association (now defunct).

There are over 70 golf courses in metropolitan Edmonton.

Edmonton is one of the largest cities by area in North America. It’s slightly larger than the country of Cyprus in the Mediterranean.

The Great Divide Waterfall, was installed in 1980 to celebrate Edmonton’s 75th anniversary. It’s 64 metre high, seven metres taller than Niagara Falls. It used to be turned on every long weekend during the summer – and pumped out 50,000 liters of water per minute. It is no longer active.

There are 275 kilometres of paths and sidewalks for cyclists – though they have to be shared with walkers. Also noteworthy are the 460 kilometres of unpaved single track and unimproved trails.

Read: Biking in Edmonton on the Edmonton River Valley Trails

Edmonton was the home of Wop May – a famous bush pilot who fought the Red Baron in his last dogfight in World War I.

Read: 5 Fantastic Things to Do in Elk Island National Park

The High Level Bridge offers the best views of the city.

Jasper National Park lies 370 kilometres west of Edmonton, about a four hour drive away. I was amazed to see people skiing at Marmot Mountain – as part of a long day trip.

More than 30 species of mosquitoes live in the Edmonton area – and the problem mosquito is called vexans mosquito. Some summers can be miserable outdoors, especially at dusk.

The Canadian Birkebeiner ski festival takes place each year in February. Thousands of skiers from all over the world come to cross-country ski 55 kilometres with a 5.5 kilogram pack on their back, reliving the legend of King Haakon Haakonson.

There is lots of great food in Edmonton and ongoing efforts to eat and grow more locally. Some of the best restaurants according to Eat North in 2022 are RGE RD and Tryst Wine and Small Plates. The Dutchess Bake Shop is definitely worth a visit too.

The University of Alberta is home to a beautiful botanical garden, about 30 minutes south of the downtown. 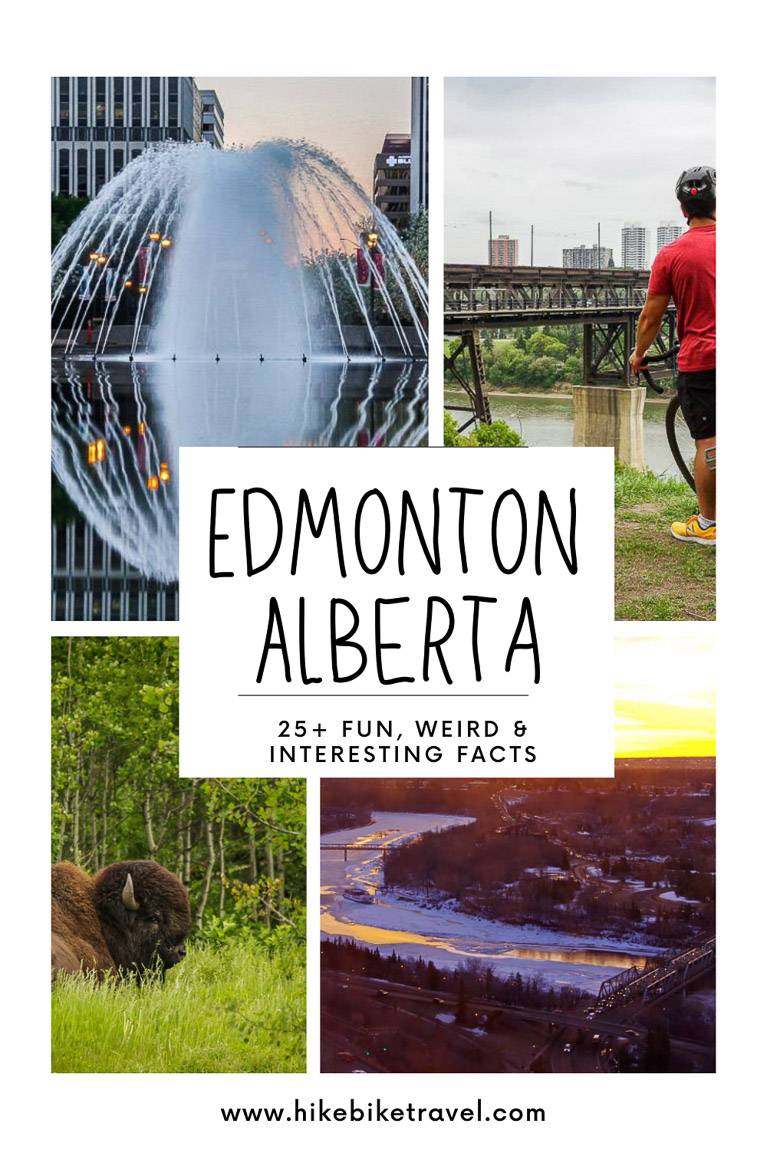