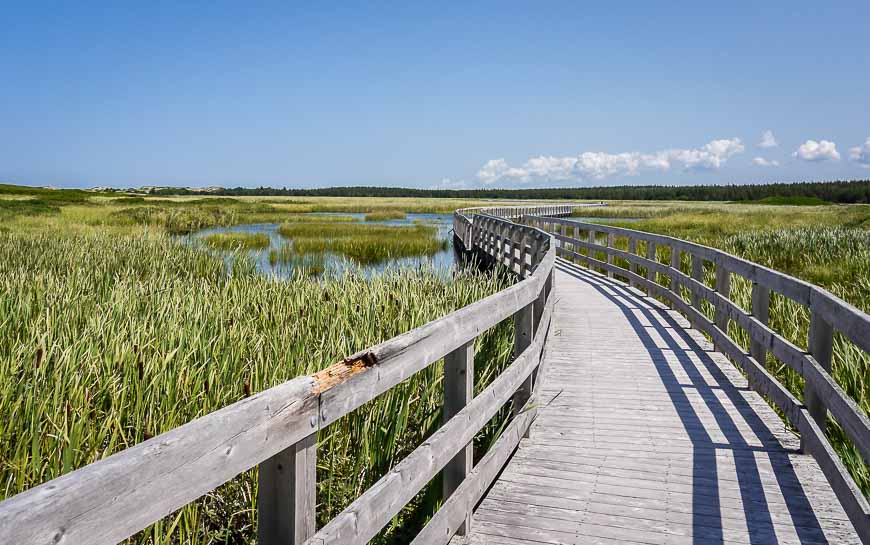 I have been to Prince Edward Island (PEI) four times – once as a kid, twice with my kids and a few years ago on a trip to cycle the length of the island with my husband. PEI never disappoints, especially in summer with all the great beaches.

Here is another in my ongoing facts series – 30 fun and interesting facts about Prince Edward Island.

Charlottetown is the capital of Prince Edward Island. In 2016 it had a population of 36,094.

Charlottetown is considered to be the Birthplace of Confederation. This year, the city is celebrating the 150th anniversary of the Charlottetown Conference – an event that paved the way to Confederation and the founding of Canada in 1867.

The Mi’kmaqs were the first people to live on Prince Edward Island. They called the island Epekwik – meaning resting on the waves.

The island was named Prince Edward in 1799 in honour of Queen Victoria’s father – Edward, Duke of Kent.

Charlottetown takes its name from Queen Charlotte, the wife of King George III.

There are four Members of Parliament from Prince Edward Island out of a total of 305 seats. There is also a 27 seat Legislative Assembly in PEI. The premier of PEI in 2020 is Dennis King, a Conservative.

Prince Edward Island is 220 kilometres long by six to sixty-four kilometres wide. There is no place on the island that is more than 16 kilometres from the sea.

The 273 kilometre Confederation Trail – is open to walkers, cyclists, runners and wheelchairs in the summer and snowmobiles in the winter. It takes you from one tip of the island to the other on old railway beds.

There is ferry service from Wood Island, PEI to Caribou, Nova Scotia eight months of the year. In the summer, there is also a five hour crossing from Souris, PEI to the Magdalene Island in Quebec.

The Confederation Bridge completed in 1997 joins PEI to New Brunswick. It is the longest bridge in the world over ice covered waters. It costs $45 one way or round trip for a car. The highest temperature ever recorded in PEI was 36.7°C (98°F) on August 19, 1935 in Charlottetown.

Prince Edward Island is famous for its beaches. With over 800 kilometres of beaches, it’s hard to pick just one but vacay.ca has made the call. It names Singing Sands Beach in Basin Head Provincial Park the number one beach in Canada – high praise indeed.

The highest point on PEI is just 152 metres above sea level at Springton in Queen’s County.

Anne of Green Gables, published in 1908, was written by PEI native, Lucy Maud Montgomery. It’s set in the province near Cavendish Beach. You can visit the house that inspired the book – now a National Historic Site.

The musical – Anne of Green Gables first played at the Confederation Center for the Arts in 1965.

The harvesting of Irish moss, a product harvested for its carrageenan – a thickening agent, has been in steady decline for years. In the past, upwards of 250 people would harvest the Irish moss after a bad storm when it would wash up on the beach.

Potatoes are big in PEI. They are number one for farm cash receipts. In 2013, about 89,000 acres of potatoes were planted.

The blue jay is the provincial bird, in part because they’re hardy and can survive the winter.

The Lady’s Slipper is the provincial flower.

Lobster season happens twice a year but in different parts of the province. The first runs from May 1st until the end of June, and the second from mid-August to mid-October.

PEI is on the Atlantic Time Zone.

I have eaten one of the best meals of my life in PEI – at the Inn at Bay Fortune. 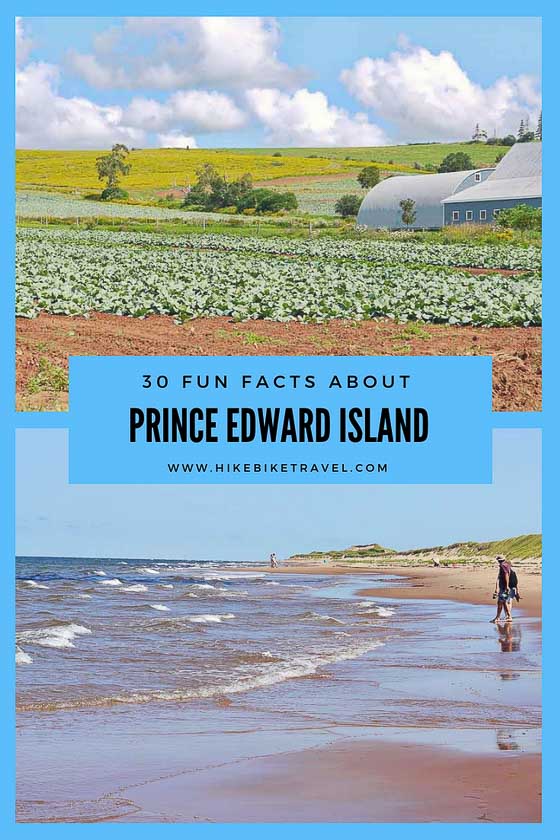 Things to do in PEI in Summer

Cycling PEI – How to Spend 5 Days

Prince Edward Island (PEI) is justifiably famous for its long stretches of beaches. The Cavendish…