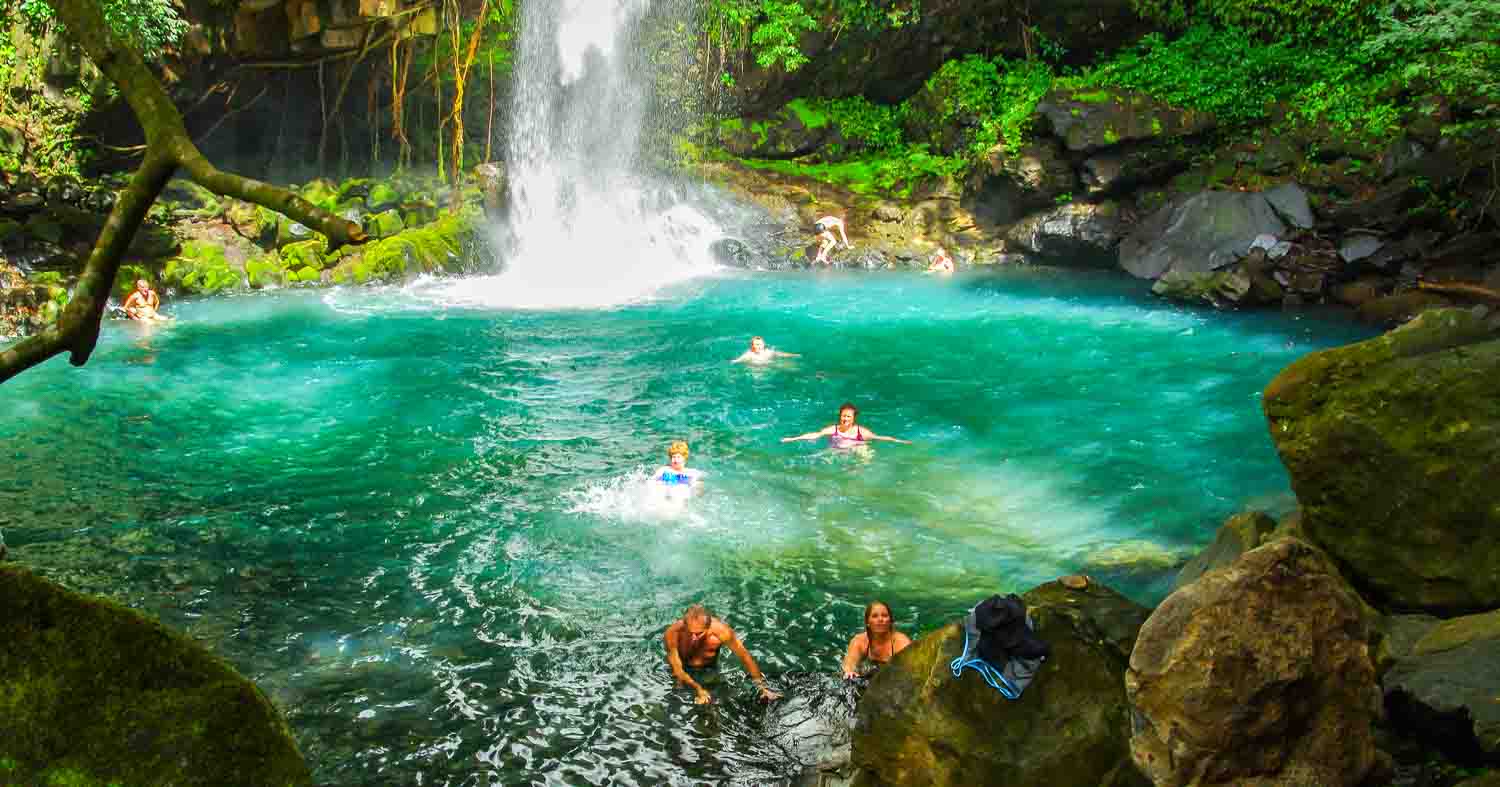 While in Costa Rica for my son’s wedding a big group of us took a day to visit Rincon de la Vieja National Park. It’s located close to the city of Liberia in the northern part of the country.

Most people visit the park to see the cinder cone volcano – Rincon de la Vieja, comprised of nine contiguous craters. To get to the crater it’s an 8 kilometre hike with a lot of vertical gain – not something many in the group would have been interested in doing had the trail even been open. But the trail, as we found out upon our arrival, has been closed for a while as there has been a lot of volcanic activity lately. The last eruption according to Wikipedia was in 1998.

We planned to do the easier 10 kilometre round trip hike to La Cangreja waterfall. Swimsuits were added to our backpacks though none of us really knew what to expect on the hike.

The hike ended up being quite interesting as we made our way through a number of different ecosystems. Starting out it felt more lush and tropical, with big trees and slick trails. But after just a few kilometers it opened up and we emerged on a dry hillside with a view to Nicaragua.

That was totally unexpected. From there it was back into a landscape filled with more giant trees and big roots, seemingly designed to trip you up – all the way until we reached La Cangreja waterfall.

Of course we were all on high snake alert for the duration of the hike, especially after seeing pickled samples in the park office. Costa Rica is home to loads of venomous snakes including the bushmaster and Fer de Lance – though I don’t know exactly what landscape specifically they prefer.

Fortunately we didn’t see a single one but we did see a turquoise browed Motmot (one of 300 bird species that have been sighted in the park), two monkey species, a lizard, an agouti and several other birds. Biting insects were almost non-existent.

Rincon de la Vieja National Park has loads of other trails we would have loved to explore had we had the time. There are trails that take you by steaming fumaroles, boiling mud pots, and even to thermal hot springs.

For more information on Costa Rica visit the tourism board website.

Further reading on things to do in Costa Rica & Panama 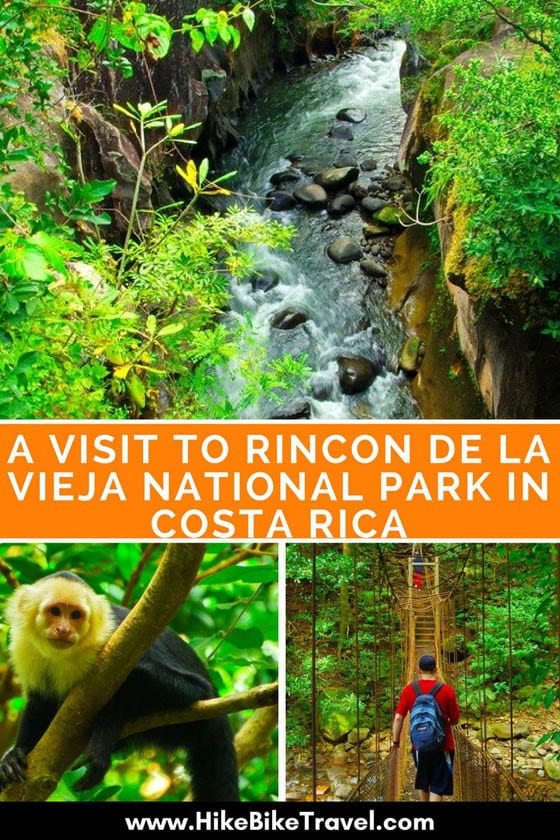 I love biking. Not only it is a great means of transportation, it is fast…